Newsmax host yells, cuts off feed during interview with veteran who criticized Trump

"Don't come on this program and take the talking points of the left," he thundered 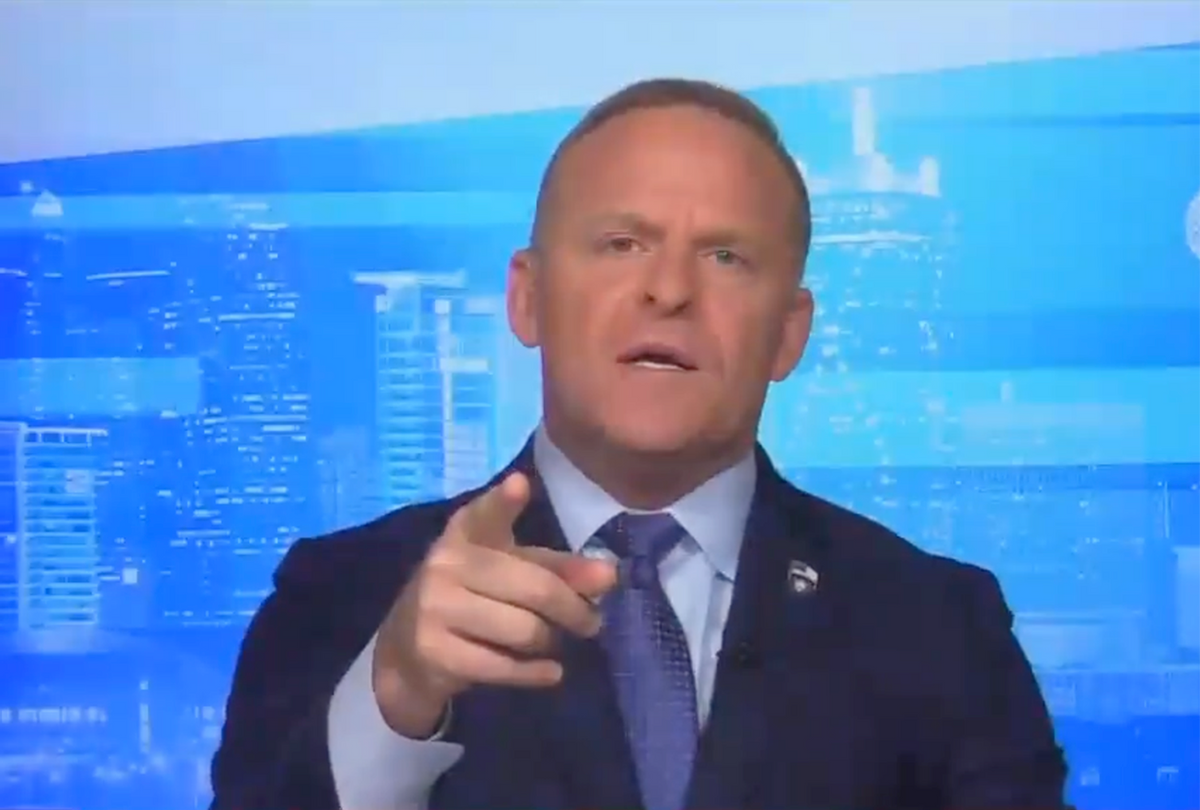 Newsmax host Grant Stinchfield during a Thursday segment in which he cut off a guest's microphone and screamed that he would not tolerate any criticism of former President Donald Trump. (Newsmax/Screengrab)
--

Stinchfield cut off the feed of his guest, Iraq War veteran Joe Saboe, when Saboe suggested that Trump bore at least some of the responsibility for the chaotic American withdrawal from Afghanistan. He then proceeded to scream loudly that nobody was going to blame Trump for anything on his program — though Saboe's microphone had already been cut and there was nobody else for Stinchfield to talk over.

Saboe rose to prominence as the head of a loosely-organized group called "Team America," a grassroots effort by hundreds of volunteers to help Americans and their allies to escape Taliban-controlled Afghanistan, according to The New York Times.

He began the interview by discussing with Stinchfield the merits of calling the Afghanistan withdrawal a "hostage situation," as well as the question of who should be held responsible. The two initially traded respectful thoughts on the matter.

"I can tell you, this didn't happen under President Trump, and I know there's a lot of people on the Left that want to try to blame President Trump. He wanted out of Afghanistan real bad," Stinchfield said. "He was real frustrated, not being able to get out, but he didn't pull out because he knew this would happen. In fact, we all did."

But Saboe responded by saying that he does believe the blame falls equally on the Trump Administration.

"We do respect, Grant, that veterans, and I being one, and our friends are over there," Saboe responded. "We follow this closely from multiple administrations, and we know that Trump administration's efforts here were fairly weak, that they were trying to limit the number of people that would get out, and so there were coordination problems."

Then at the flip of a switch, the right-wing Newsmax host became enraged  — not only raising his voice but also his finger.

The Newsmax host also offered a parting blow: "The Biden administration screwed this up from the very start."

Newsmax didn't return a Salon request for comment on the matter.

But this isn't the first time Stinchfield has lost his mind on the right-wing channel while live on-air. He had a similar on-air meltdown when another guest called out his partisan support for police officers.

"Do you have a law enforcement pin on your lapel?" he raged. "I don't think you do, Joe!"