Newsmax host Greg Kelly under network review over tweets on race, the military and "morale" 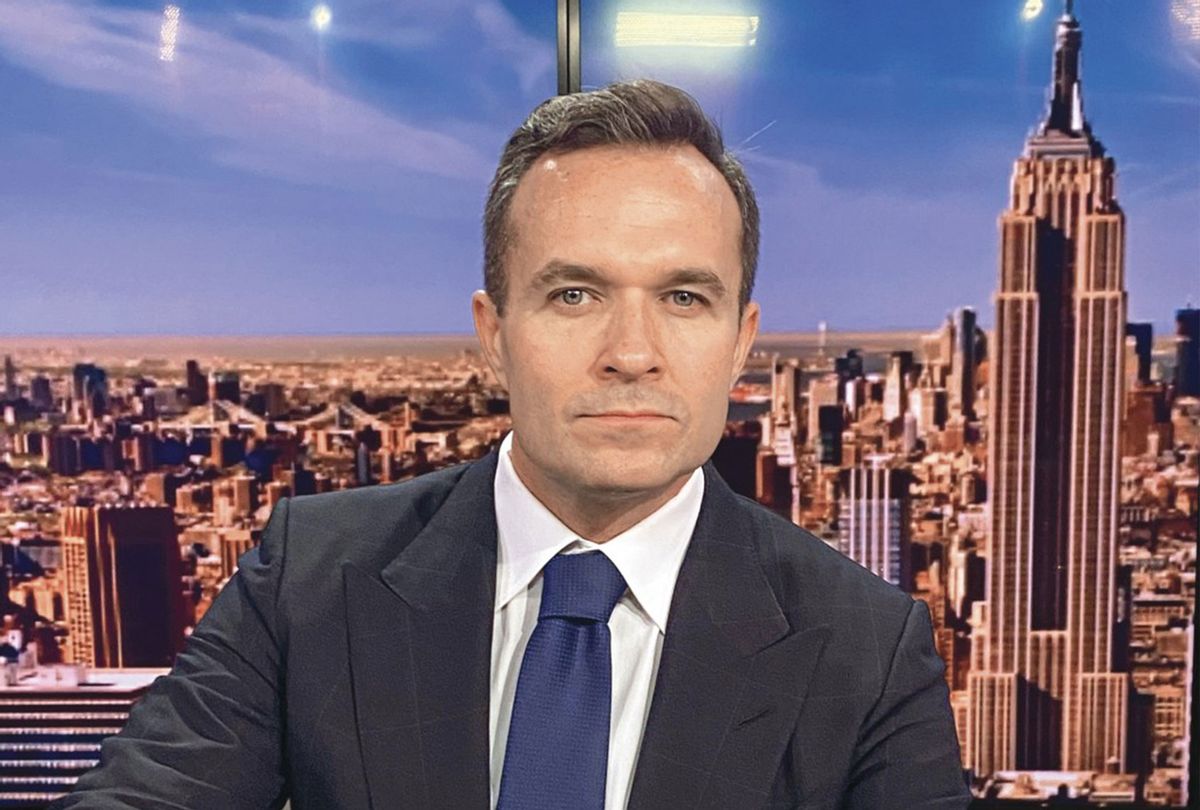 Newsmax host Greg Kelly found himself embroiled in controversy over the weekend after posting a series of tweets about race and the military, leaving the conservative network where he works investigating the matter.

The host of "Greg Kelly Reports" and former Marine pilot would later delete his initial series of tweets, only to post follow-ups in an apparent attempt to dampen the outrage sparked by the first series. But the damage appears to have been done by that point.

"So that's the USS America aircraft carrier that I'm 'fixin' to land on. Just knowing that President Clinton, who was in office at the time, was a Caucasian male made it 'all worthwhile' — ask any white male officer who served under him. So appreciative of his Race were we," one of the now-deleted tweets read.

Kelly further tweeted that having a white secretary of defense when he served overseas in the military made a "big difference" when it came to "morale."

The host would later attempt to backtrack on his initial tweets, writing in part, "Now the TRUTH: being a MARINE had nothing to do with RACE. It didn't matter."

While Kelly might have attempted to distance himself from his own tweets, the right-wing network that employs him apparently is investigating the matter. On Sunday night, Washington Post reporter Jeremy Barr, who obtained a comment from the network, shared the following: "We at Newsmax never countenance the posting of racist views or views that appeal to racists," Newsmax told Barr. "We are currently reviewing the matter."

Industry publication Mediaite billed the tweets as "almost certainly an attempt at ironically detached humor, albeit a failed one." It's certainly possible that Kelly is attempting to cultivate a comedic persona with his Twitter account. Yet it's also worth noting this isn't the first time Kelly has come under fire for public statements about race. As Salon reported in February, Kelly complained on-air that "there's a racial component" to the Trump impeachment trial against "white folk[s]."

And regardless of whether his account in general is meant to be read as sarcastic, the most recent tweets from Kelly may have crossed a line with Newsmax, a network that has clawed out a niche in conservative TV by, as NPR puts it, "trying to outfox Fox News" from the right, particularly in the wake of Donald Trump's loss to Joe Biden.

Even when the conservative host is not being criticized for his comments on race, Kelly's unfocused public persona — part news host, part cringe comic? — seems designed to prompt bemused headlines. He's previously complained about his co-workers not inviting him on trips to vineyards, and once tried to impress freshman Georgia Rep. Marjorie Taylor Greene — a Republican whose CrossFit affinity is as much a part of her brand as Qanon promotion and trolling stunts — by doing pull-ups.

Newsmax didn't immediately respond to a Salon request for comment on whether they plan to take any further action.