"Orca," the largest carbon removal facility to date, is up and running

It can remove 4,000 tons of CO2 from the atmosphere per year. But the cost isn't clear yet 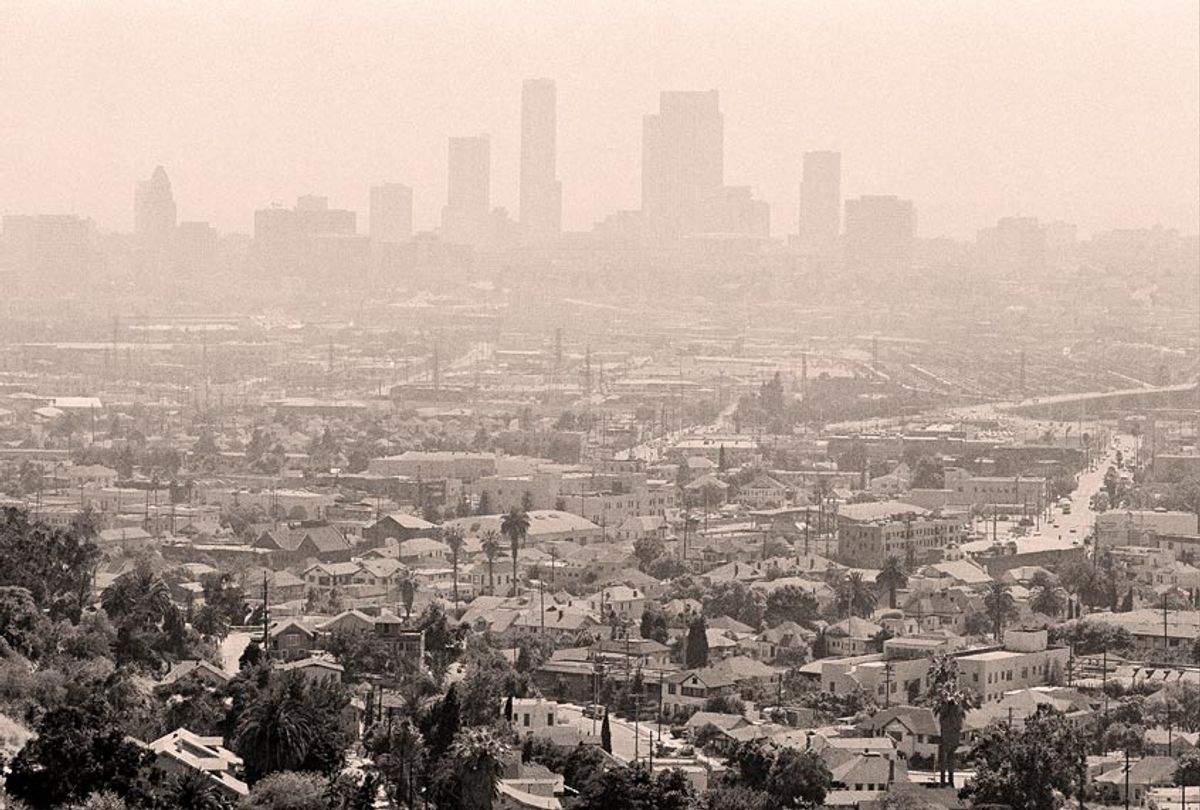 A pall of smog lies over the Los Angeles skyline. (AP Photo/Nick Ut)
--

The world's largest plant capable of sucking carbon dioxide out of the air and stashing it securely underground has officially been switched on.

About half an hour outside of Reykjavik, Iceland, nestled between green, rolling hills sits an array of eight rectangular steel boxes arranged in a U shape. Each box, about the size of a shipping container, holds fans and filters that pull in air and trap carbon dioxide molecules. Heat piped into the boxes releases the CO2 from the filters, after which it is combined with water and pumped deep underground. There, the CO2 that was once helping to warm the atmosphere reacts with basalt rock and will turn into stone over the course of two years.

This network of boxes, fans, and pipes is called Orca, and it is a partnership between Climeworks, a company that designs and operates "direct air capture" machines, and Carbfix, a company that turns CO2 into stone. As of Wednesday, Orca has begun removing carbon dioxide from the atmosphere for anyone willing to pay the price.

It is a major milestone for the carbon removal industry, which could become essential to keeping the planet at a livable temperature. Plants like Orca can be used to offset greenhouse gas emissions that are near-impossible to eliminate, like those from agriculture, and they might also eventually help reverse global warming.

The companies behind Orca claim that it can capture and store up to 4,000 metric tons of CO2 per year. Not only is it the largest direct air capture plant in the world, but it is also the only one that both runs on renewable energy — it sits on the site of the Hellisheidi geothermal power plant — and securely stores carbon underground. Thanks to these features, Climeworks boasts that over its whole lifespan, including construction, operations, and recycling, Orca will re-emit less than 10 percent of the carbon dioxide it captures. (Other proposed or operating direct air capture plants run on natural gas and sell captured CO2 for use in products like soda that eventually re-emit it, or to oil companies that use it to edge more oil out of the ground.)

The price, however, is steep. Individuals can pay between $8 and $55 per month to remove 85 to 600 kilograms of CO2 from the atmosphere per year, which translates to roughly $1,100 per metric ton. In the past, the company has named costs between $600 and $800 per metric ton, though Bloomberg Green reportsthat those rates are for bulk buyers like Bill Gates.

Nonetheless, Climeworks has seen a steady stream of demand for its service, which is one of the only options on the market for truly traceable, permanent CO2 removal. Gates' company Microsoft pre-purchased 1,400 metric tons of carbon removal from Orca for an undisclosed amount, and Shopify pre-purchased 5,000 metric tons. Just a few weeks ago, Climeworks landed a $10 million, 10-year deal with reinsurance giant Swiss Re to remove carbon, though it is unclear how much.

While it's the first of its kind, Orca's 4,000 tons per year is nowhere near a climate-relevant scale. Estimates of how much carbon removal the world might need to deploy to achieve the goals of the Paris Agreement range from 1.5 million metric tons per year to 15 million.

A key trade-off that might limit the potential of direct air capture is that it requires lots of energy to separate CO2 from the ambient air. During an event unveiling Orca on Wednesday, Climeworks cofounders Christophe Gebald and Jan Wurzbacher were cagey when asked what the plant's energy use and costs are.

"The simple answer is today, we just don't know," said Wurzbacher. "The Orca plant will tell us, but not today. It will tell us in a year, two years from now about how the economics work out at that scale, how the performance works out — that includes energy consumption."

A FAQ section on Climeworks' website states that the expected energy consumption for scaled-up machines is approximately 2,650 kilowatt-hours to capture just one metric ton of CO2. That's about a quarter of the energy the average U.S. household consumes in a year.

The company's goal is to get the price down to $200 to $300 per metric ton by the end of the decade. Gebald alluded to plans in the works to build a new plant within the next two to three years that will be 10 times larger than Orca. Its name? Mammoth.

Editor's note: Climeworks is an advertiser with Grist. Advertisers have no role in Grist's editorial decisions.