Odd methane plumes on one of Saturn's moons may be evidence of life, study says 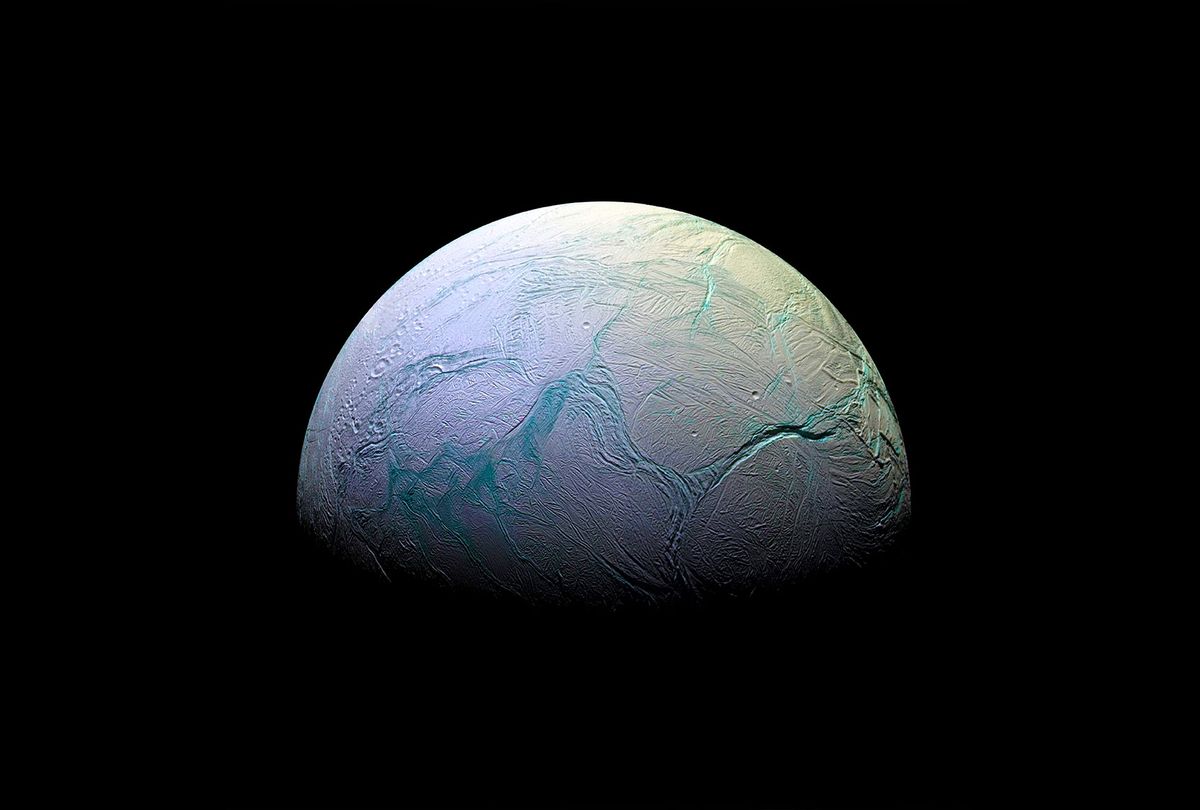 Peculiar readings from Saturn's moon Enceladus have spurred researchers to probe the possibility that life might exist on the bizarre world in the outer solar system.

In 2005, NASA's Cassini Saturn orbiter took images of geysers blasting particles of water ice into space from fractures near the moon's south pole. The observation led to speculation that there may be a vast ocean tucked between the moon's core and its icy shell.

As Cassini flew through these plumes, it was able to sample their chemical makeup. The orbiter detected dihydrogen, methane and carbon dioxide at unexpected levels. More peculiarly, the amount of methane detected in the plumes raised eyebrows, as methane production can be a sign of life as we know it.

The observation of a peculiar amount of methane — combined with an observation of dihydrogen (H2) and water ice — left astrobiologists puzzling over the possibility that Enceladus might be a habitable place for life. But methane, dihydrogen and water ice are not a smoking gun: methane can be produced by natural chemical reactions, and its existence alone isn't necessarily an indicator of life.

In order to figure out why Enceladus was spewing methane, researchers at the University of Arizona and Paris Sciences et Lettres University in France constructed mathematical models to calculate the probability that different natural processes might explain the Cassini data.

"We wanted to know: Could Earthlike microbes that 'eat' the dihydrogen and produce methane explain the surprisingly large amount of methane detected by Cassini?" said Régis Ferrière, an associate professor in the University of Arizona Department of Ecology and Evolutionary Biology and one of two lead authors of the study published in Nature Astronomy in July. "Searching for such microbes, known as methanogens, at Enceladus' seafloor would require extremely challenging deep-dive missions that are not in sight for several decades."

Methanogens, or methane-producing bacteria, exist on Earth in droves. They live underwater, in swamps and marshes, and in the guts of most animals, including humans.

However, there are natural geologic processes, unrelated to life, that can produce methane. On Earth, methane is often produced at a slow rate via hydrothermal activity. This occurs when cold seawater seeps into the ocean floor and moves through rocks to a close heat source, and then spews back into the water through a hydrothermal vent.

Still, much of Earth's methane is produced in methanogenesis, the biological process by which methanogen bacteria consume carbon dioxide and belch methane. Using a statistical model, researchers of the aforementioned study concluded biological methanogenesis is the most likely cause of Enceladus' ample methane production.

"Obviously, we are not concluding that life exists in Enceladus' ocean," Ferrière said. "And biological methanogenesis appears to be compatible with the data. In other words, we can't discard the 'life hypothesis' as highly improbable. To reject the life hypothesis, we need more data from future missions."

Indeed, it is possible that Enceladus' methane is the result of a chemical breakdown of primordial organic matter that may be present in the core of Enceladus. Through the hydrothermal process, it is also possible that dihydrogen, methane and carbon dioxide are present in the plumes, because Enceladus formed through the accumulation of organic-rich material provided by comets.

"It partly boils down to how probable we believe different hypotheses are to begin with," Ferrière said. "For example, if we deem the probability of life in Enceladus to be extremely low, then such alternative abiotic mechanisms become much more likely, even if they are very alien compared to what we know here on Earth."

However, some in the astronomy community aren't convinced by this paper.

"We know that water ice exists on Enceladus and can break to produce dihydrogen (H2)," said Avi Loeb, Harvard physicist and author of "Extraterrestrial: The First Sign of Intelligent Life Beyond Earth. "And there are many chemical paths to make methane without life."

Loeb added that the combination of methane, dihydrogen and water ice "is definitely not sufficient evidence for the chemistry of life as we know it."

"Complex organic molecules would be a better indication," Loeb added.