Trump "revelations" are an indictment of America's political class: They knew, and did nothing

Why pretend to be shocked by the news about Trump's efforts to overturn the election? We knew who he was all along 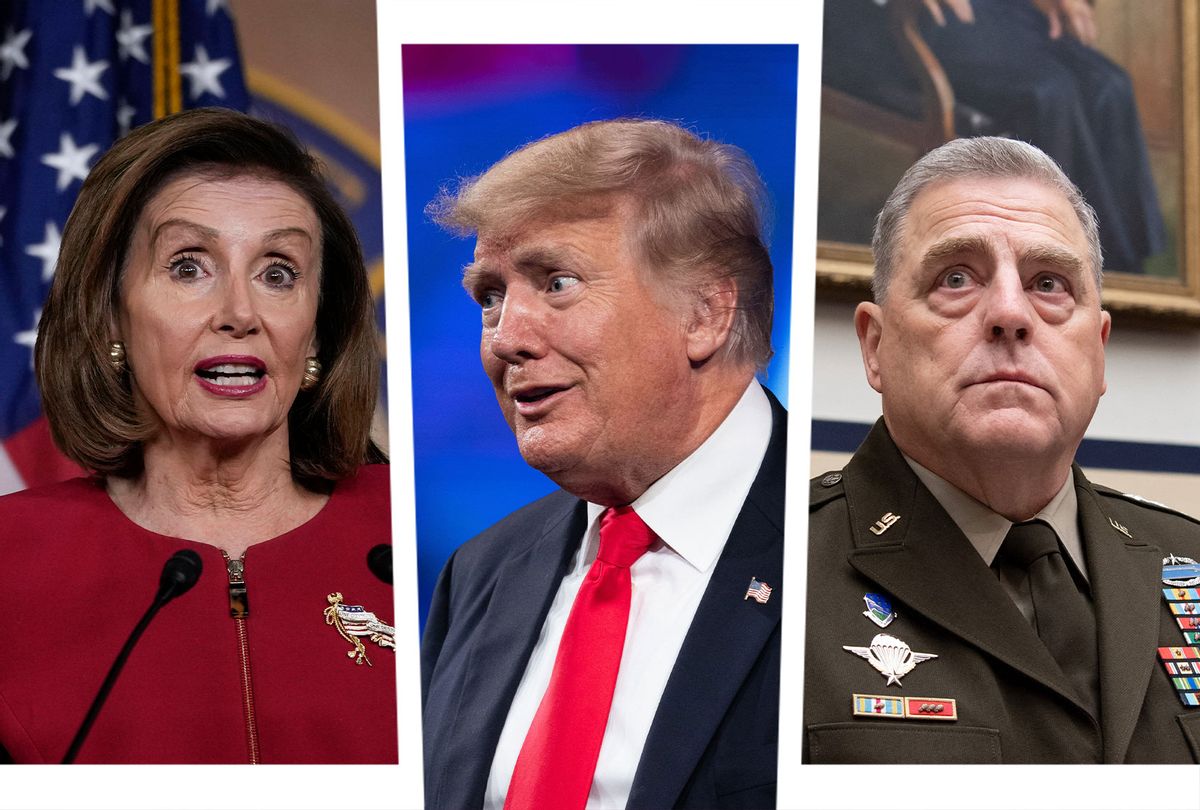 At times during the last five or so years, some of us have been living in the future. Sometimes just a day or two, but at other times it has felt like a week or perhaps even a month. During rare moments of immense clarity, it's like being in a time warp, a year or two ahead of the rest of the world.

I'm talking about those of us, both with and without prominent public platforms, who have consistently sounded the alarm about Trumpism, American neofascism and the escalating crises to come. We were mostly ignored, and sometimes mocked and derided. The truth, one suspects, was too painful to accept for those Americans who for reasons of self-interest, cowardice, willful ignorance or indifference found it convenient to ignore our warnings.

It's clear that far too many Americans held tightly to the illusion of "normalcy" and a naive faith in the "institutions" of democracy. That was a bit like trying to hold onto a life preserver in a hurricane.

For those who have understood the rising tides of American neofascism and the associated evils of Trump and his movement, the entire experience has often felt futile and frustrating. So why do we persist?

I can speak only for myself. Black Americans have many checks paid to us by American society — figuratively stuffed into our pockets and wallets, or hidden in shoeboxes or mattresses — marked with the words "insufficient funds." America's democracy is a work in progress; Black people are arguably its main architects and caretakers. Black folks have saved America from its own worse impulses many times over. That relationship is emotionally, physically and financially abusive. But we soldier on loving this country, because it is our own and we have built it with our stolen labor, creativity, genius, suffering, loss and pain.

As James Baldwin explained, "I love America more than any other country in the world and, exactly for this reason, I insist on the right to criticize her perpetually." I take that wisdom as my motivation when I feel my energy beginning to wane.

We of the Cassandra coalition warned that Donald Trump and his movement would bring destruction to the United States. We were correct.

We warned that Trump and his movement would cause pain and ruin that few could imagine possible in the "greatest country on Earth." We were correct.

We warned that Trump had shown himself to be a mentally unstable white supremacist enamored of violence, and that his evil pathologies would infect an entire country. We were correct again.

We warned that Trump was clearly a fascist and an authoritarian, as well as a malignant narcissist and perhaps even a sociopath or psychopath who feels no loyalty to anyone but himself. We were repeatedly proven to be correct.

We told you that Trump, the Republican Party and their followers posed an existential threat to America democracy. I hardly need to belabor the point.

In too many ways, Trump and the larger white right's antisocial and destructive behavior has become so normalized that the continuous "revelations" about the criminal aberrations of the Trump regime are losing their power to move the public and the political class. This is a classic example of the rule of diminishing returns, but it does not make what has been unleashed by the Age of Trump any less dangerous.

As reported by CNN and other media outlets, Bob Woodward and Robert Costa's new book about the presidential transition period, "Peril," reveals that Donald Trump was so out of control, dangerous and apparently unhinged after his defeat last November that Gen. Mark Milley and other senior military and civilian leaders made a sort of private pact to protect America and the world from him.

"Peril" details that after Trump's coup attempt and his followers' attack on the Capitol, Milley "felt no absolute certainty that the military could control or trust Trump and believed it was his job as the senior military officer to think the unthinkable and take any and all necessary precautions." Milley described those days after Jan. 6 as the "absolute darkest moment of theoretical possibility."

Woodward and Costa also report that Milley spoke to House Speaker Nancy Pelosi, who agreed that Trump was "crazy" and had been so "for a long time." It's hardly a secret that Trump is widely viewed as mentally unstable by Washington insiders and the political class, including members of his own party.

Milley and other national security officials were concerned that Trump would use the country's military, up to and including nuclear weapons, to start a war with China or Iran. The results would have been immensely damaging to world peace in security, at the very least, and could have led to a cataclysm. To prevent such an outcome, Milley reached out to the senior commander of the Chinese military to reassure him that the situation was under control and Trump would not be allowed to do something reckless.

Around the same time, then-CIA Director Gina Haspel reportedly told Milley, "We are on the way to a right-wing coup. The whole thing is insanity. He is acting out like a six-year-old with a tantrum."

In so many ways, these "revelations" about Trump and his regime's misdeeds are like the picture on the front of a jigsaw puzzle box. We know what the final image will look like, but still need to put together the pieces. So the end result is something of an anticlimax.

Most important, perhaps, that picture is a damning portrait of America's political class. As a group, its members understood that Donald Trump and his regime were an existential threat to American democracy. For various reasons, they did little or nothing about it.

Of course, most leading Republicans were complicit, if not active conspirators, with Donald Trump and his malevolent plots. But senior Democrats also knew of Trump's dangers to American democracy and society. Like President Biden and Attorney General Merrick Garland today, they did not act with any urgency to investigate and prosecute Trump and his Republican confederates, or to hold them accountable for their crimes against democracy and the American people.

Many journalists and others in the news media likewise understood that Trump and his regime were immensely dangerous to democracy, the rule of law, the Constitution and American society. Again, too many of them chose to stay silent or to speak of such things only indirectly or through euphemism.

Much the same can be said of America's national security officials. There were certainly honorable whistleblowers, but there were not enough of them, nor did they sound the call clearly enough. Courage was in short supply when the country most needed it.

The coroner's report on American democracy will list many causes of death. Near the top of that list will be a failure of political and moral leadership.

As the Trumpist movement escalates its assault on American democracy and society, the country's political and leadership class cannot reasonably claim the defense of ignorance, or protest that this was all so "unprecedented" and came as a total surprise.

America in the Age of Trump and beyond is like a darker version of the famous folk tale about the Boy Who Cried Wolf. But in this 21st century dystopian version of that classic story, the boy is an adult, and he was telling the truth about the wolf — or rather the pack of wolves, which has begun attacking and eating the villagers. Instead of fighting back or defending themselves, the townspeople and their leaders just look away and go about their daily business, having convinced themselves that ignoring the wolves will somehow keep them safe. Once the wolves' bellies are full, they reason, they won't eat anyone else and will wander away, and gradually life will get back to "normal." But there is no normal to get back to, and the wolves cannot be so easily satisfied. That story does not end well for the village and its people.