Dr Fauci, Howard Stern, and Nancy Pelosi plan to kill off Trump supporters by... urging them to get vaccinated? 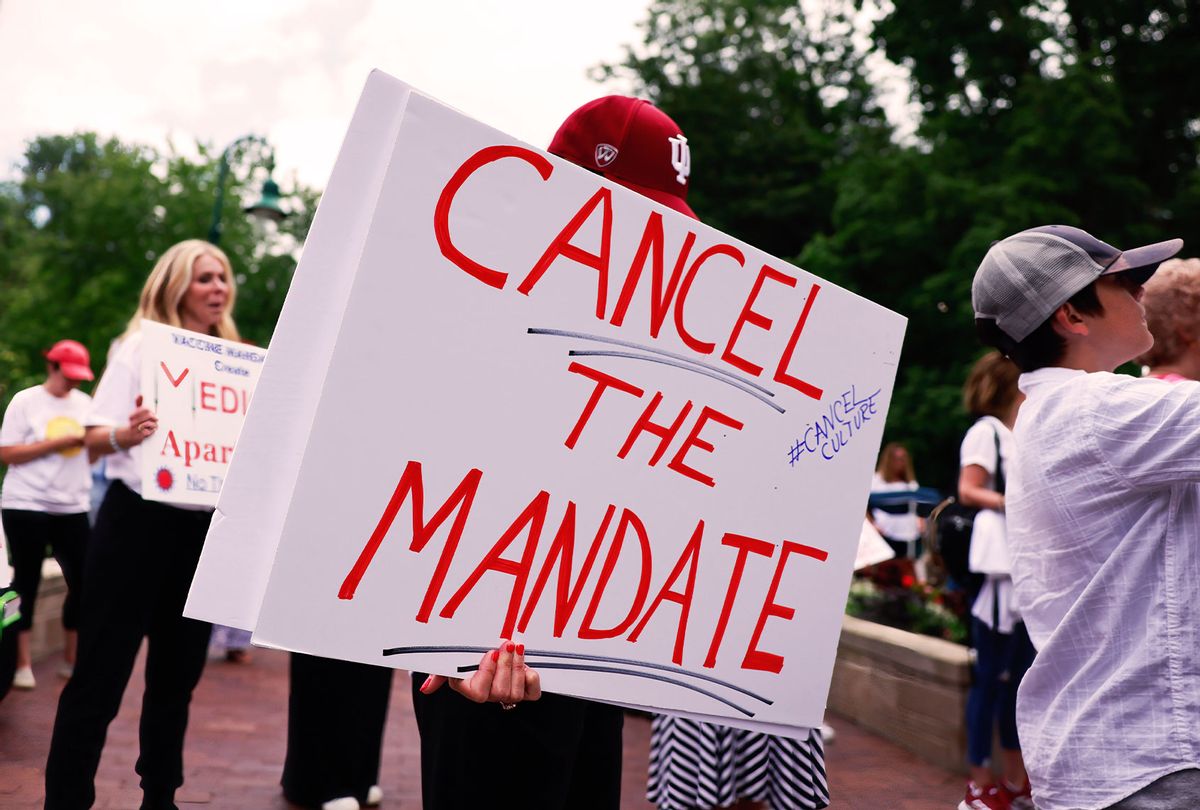 Veteran shock jock Howard Stern, now 67, has grown increasingly fed up with far-right anti-vaxxers, noting all the MAGA radio hosts who railed against COVID-19 vaccines before dying from COVID-19. And Breitbart News' John Nolte has come up with a very imaginative conspiracy theory, claiming that Stern — along with Dr. Anthony Fauci, President Joe Biden and House Speaker Nancy Pelosi — is using "reverse psychology" in the hope of keeping "Trump supporters" unvaccinated.

This conspiracy theory, reporter Matt Gertz stresses in Media Matters, shows the ridiculous and "toxic" lengths Nolte will go to in order to vilify political opponents.

Nolte believes that Stern and others are railing against unvaccinated supporters of former President Donald Trump because they hope that they will be offended, express their displeasure by remaining unvaccinated, get sick with COVID-19 and die from it. Even by Breitbart standards, that conspiracy theory is, Gertz writes, "far-fetched."

In an article published by Breitbart on September 10, Nolte wrote, "Do you want to know why I think Howard Stern is going full-monster with his mockery of three fellow human beings who died of the coronavirus? Because leftists like Stern and CNNLOL and Joe Biden and Nancy Pelosi and Anthony Fauci are deliberately looking to manipulate Trump supporters into not getting vaccinated."

Nolte went on to say, "If I wanted to use reverse psychology to convince people not to get a life-saving vaccination, I would do exactly what Stern and the left are doing…. I would bully and taunt and mock and ridicule you for not getting vaccinated, knowing the human response would be: Hey, fuck you, I'm never getting vaccinated! And why is that a perfectly human response? Because no one ever wants to feel like they are being bullied or ridiculed or mocked or pushed into doing anything."

In essence, he's blaming Democrats and advocates for the vaccine for conservatives' refusal to get the shot that could save their lives. It paints Trump supporters as victims with little agency of their own.

Gertz, in Media Matters, slams Nolte's conspiracy theory as not only ludicrous, but outright hateful.

"Nolte is saying that his readers have been deceived into thinking that they can own the libs by refusing the vaccine, when they can really own the libs by taking it," Gertz explains. "It's incredibly toxic for Nolte to posit, without anything resembling evidence, that the president is literally trying to kill a vast swath of Americans for political gain — asking Breitbart readers, 'In a country where elections are decided on razor-thin margins, does it not benefit one side if their opponents simply drop dead?'"

Nolte, according to Gertz, is so twisted in his thinking that it doesn't occur to him that Biden and Fauci are urging Americans to get vaccinated because they are trying to save lives.

"It is much more logical to interpret Biden and others taking steps to encourage higher vaccination rates as the result of them wanting more Americans to live," Gertz writes. "It makes more sense to view the 'bullying' Nolte perceives as coming from celebrities and others as genuine frustration at the anti-vax right endangering themselves and others. He is also curiously uninterested in the right-wing commentariat's role in discouraging vaccinations and undermining the vaccination campaign, making it unclear whether they are foolish dupes for falling for the 'reverse psychology' gambit or willing partners in the effort to kill their audience members."