No exit for Democrats: Mitch has them trapped, and the path ahead is darker than ever 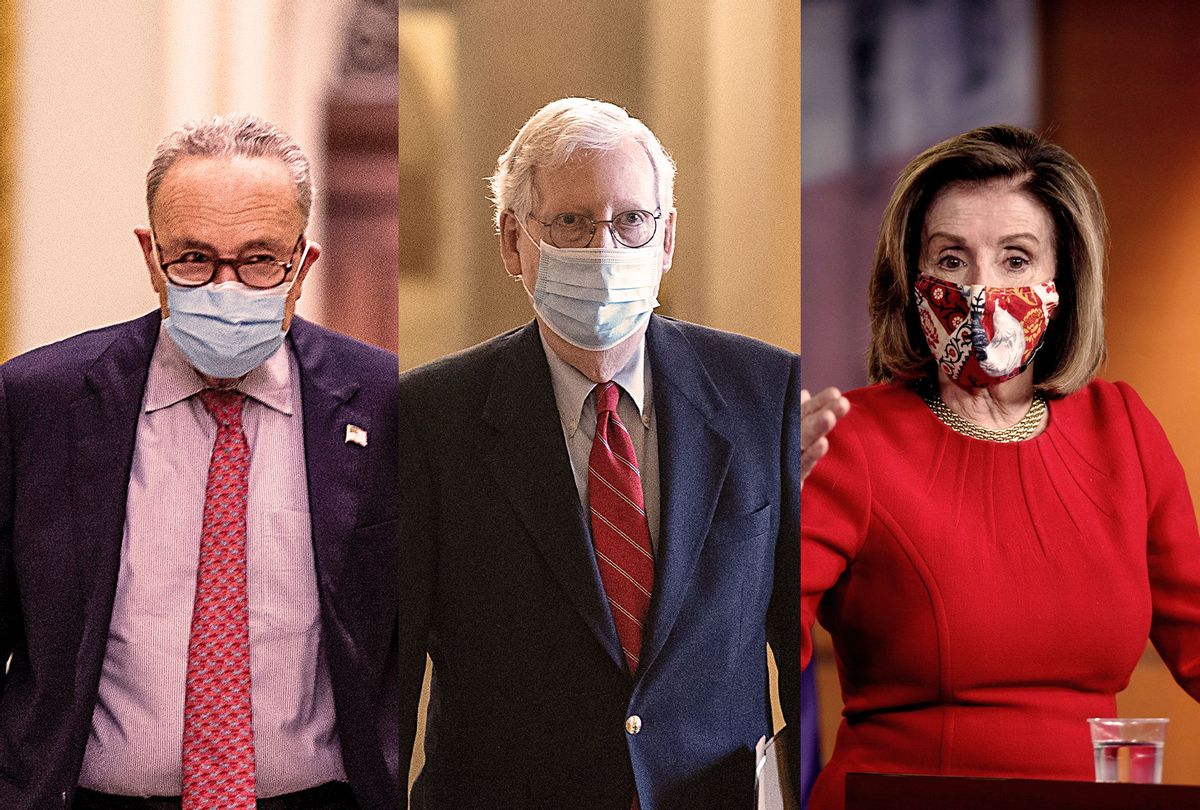 We've got a fair number of repentant former Republicans roaming loose on the political landscape these days. They like to tell us that the onetime Party of Lincoln must be thoroughly defeated and destroyed before it can be rebuilt as a respectable, mainstream center-right organization. That's an encouraging team-building exercise, I guess — if we set aside everything about observable reality and play an extended game of Let's Pretend We're Grownups, like a bunch of eight-year-olds trying on Mom and Dad's Clinton-era wardrobe.

Even looking past the question of whether the reconstructed GOP 2.0 these folks imagine would be remotely viable (as to which: ha!), we still have the question of who's going to defeat the exceptionally nasty current version of the Republican Party, and how. These GOP apostates, it's worth noting, were totally OK with cutting taxes for the rich and running up massive deficits on endless, pointless, destructive overseas wars. They find themselves deeply shocked, however, by the party's swerve into overt racism, know-nothingism and borderline fascism, elements of the Republican coalition they believed could be kept in the basement indefinitely.

This call to arms by ex-Reaganites is presumably meant to fire up Democrats, who have been told repeatedly over the past 30 years or more that America's changing demographics were certain to deliver them a permanent majority coalition someday very, very soon. In this less-than-inspiring vision of utopia, benevolent intersectional liberals would govern wisely and forever, while Republicans would be consigned to regional, resentful rump-party status until and unless they gradually became a lot more like Democrats.

As you may have noticed, this keeps on not happening, and at this point the "emerging Democratic majority" is starting to sound like old-time Soviet dogma about true communism being just over the horizon. Yes, Democrats have won the popular vote in seven of the last eight presidential elections — while managing to lose two of those anyway — but for a variety of reasons I don't need to rehearse here have found it impossible to hold or build congressional majorities, or to do much of anything with them when they have them.

More important than any of that, although absolutely related, is how Democrats have responded to the obvious Republican assault on democracy over the last couple of years, in the manner of a truckload of Brookings Institution scholars stuck in cold molasses, determined to consider all sides of the question fairly and not to let anyone accuse them of acting hastily. I'm not suggesting that Joe Biden and Nancy Pelosi and Chuck Schumer haven't expressed genuine alarm or said more or less the right things, because they have. But as you have perhaps observed, they haven't leveraged those words into action: They haven't ditched the filibuster or expanded the Supreme Court or passed any of the bills in front of them that are meant to fortify the right to vote, for the love of Jesus Christ.

This isn't a nice thing to say about a bunch of mostly sane and approximately reasonable people, but here's the truth: If you set out to design a left-center political party that was fated to surrender, little by little, to authoritarianism — because of circumstances beyond its control, because of internal indecision and ideological fuzziness, because it faced an entrenched and deranged opposition party, because of whatever — you could hardly do better than the current version of the Democratic Party.

This raises the question of whether the Republicans are the only party that needs to be badly defeated in order to recover a sense of purpose. Don't get me wrong here: It would be far preferable if the Democrats could work out how to win power and then use it effectively. I'm not advocating voting against them out of some contrarian or puritanical impulse, and I'm not even dragging out the old Bernie vs. Hillary generational and ideological conflict for another go-round. (Of course that remains an important source of friction, but it's genuinely not the central issue right now.)

If the current mishmash that is the Democratic Party simply isn't up to the task, if it's imprisoned by its donors and trapped in an old political paradigm while facing the birth of a new one, if it can't summon up the energy or determination to act decisively on behalf of supposedly shared principles, then what the hell is the point? Maybe they're the party that needs to be torn down and rebuilt, especially since the other one is an entirely lost cause.

Consider 2021 — yeah, I know you don't want to, but we don't have much choice. After the election of Joe Biden and the improbable reverse parlay of winning both Senate seats in Georgia — almost entirely thanks to the chaos-agent intervention of Donald J. Trump — liberals and progressives and normies of all descriptions exhaled audibly. We were back to "normal"! The nightmare had passed! Maybe the long-awaited Democratic majority had arrived at last, if only in ass-backward and highly precarious fashion … except nope, nobody believed that for more than a few minutes, considering that the day after the special elections in Georgia was the sixth of January.

I'm not saying that Mitch McConnell wanted to lose the Senate majority (I bet he had some choice words about Trump in private), but no one has ever accused Mitch of not knowing how to play the angles. He quickly understood how to turn the ambiguous results of 2020 to his advantage, and they were undeniably ambiguous: Democrats breezed into that election expecting big wins across the board, but instead lost most of their House majority and fell short in several prominent Senate races, failing to gain seats in Maine, Montana and North Carolina.

While regular people celebrated a victory and the supposed end of the Trump era, Democratic leaders and insiders looked ahead to the 2022 midterms and began to whimper uncontrollably. McConnell could smell the fear, to put it bluntly, and rubbed his hands with Montgomery Burns-like glee. With a 50-50 Senate and Biden's entire legislative agenda hamstrung by the filibuster and the nonsensical or corrupt Ringwraith fantasies of Joe Manchin and Kyrsten Sinema, he had the Democrats trapped. They knew it and he knew it.

In a display of ruthlessness and cynicism that's impressive even by his standards, McConnell will force all 50 Democratic senators to vote on a budget and on raising the federal debt ceiling, which in quasi-normal times (and even under Trump) was done by bipartisan agreement. This will either force them to crumple and capitulate to whatever it is he wants (short version: more goodies for rich folks) or will create an invented wedge issue Mitch believes he can use to win back both houses of Congress next year. Republicans will pretend to run on fiscal responsibility but will actually run on a bunch of culture-war bullshit and promises to rig all future elections and unquestioned loyalty to a decrepit and defeated leader they all privately think is nuts. I'm sure looking forward to that, aren't you?

If Democrats lose conclusively to those people, then they deserve it. That's a dark path, perhaps darker than any of us wants to contemplate. But I think there's no avoiding this date with destiny, for the Democrats or the Trumpers or our entire so-called democratic experiment. If you see another one, light the way.