Campaigners to Biden: stop acting like a big pharma "puppet" and help vaccinate the world

"The pandemic will continue its devastation, driven by a lack of political will" 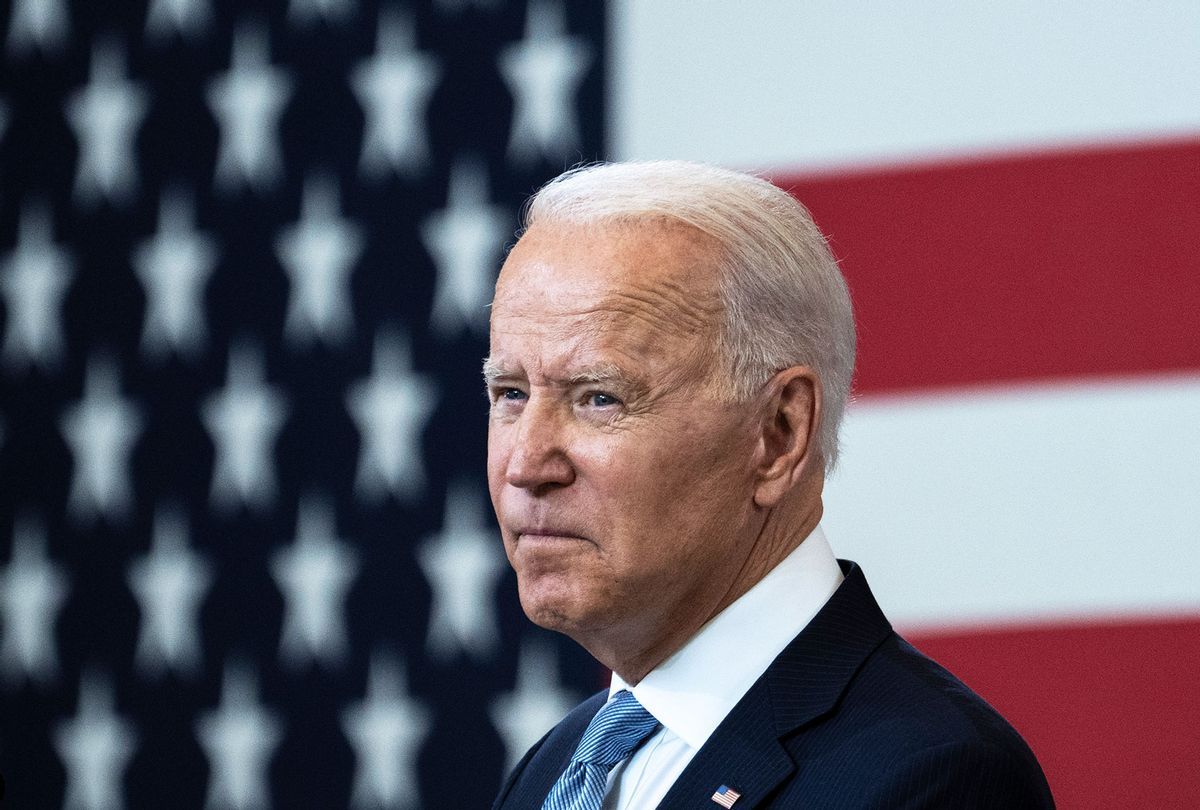 Public health campaigners on Monday pressed President Joe Biden to do far more to help poor countries vaccinate their populations against COVID-19, including by investing heavily in global manufacturing, pushing harder for a suspension of patents, and facilitating the transfer of key technology.

While applauding as "admirable" Biden's effort to ensure that 70% of the world's population is vaccinated within the next year, more than 60 advocacy organizations warned in a new letter that such an objective will remain out of reach unless he takes ambitious action to "ensure equitable vaccine distribution."

"We cannot 'donate' our way to safety," the letter reads. "The massive global shortage of highly effective vaccines can only be addressed by increasing production. As of this week, just over 3% of people in low-income countries, many of whom are also facing devastating surges from deadly variants, have received any dose of COVID-19 vaccine."

Signatories to the letter include Public Citizen, Health GAP, National Nurses United, the Africa Faith and Justice Network, the Bangladesh Krishok Federation, Médecins Sans Frontières USA, and dozens of others.

Several of the organizations involved in the letter took part in a protest Monday near the United Nations headquarters in Manhattan, where campaigners blocked intersections and urged Biden to advocate more aggressively for a vaccine patent waiver that would allow manufacturers around the world to replicate existing vaccines without threat of legal action.

The Biden administration endorsed the patent waiver in May but has since come under fire for taking a backseat to the process as U.S. allies continue to stonewall the proposal.

In their letter on Monday, the diverse coalition of advocacy groups specifically called on Biden to:

"Short of such action," the groups warned, "the pandemic will continue its devastation, driven by a lack of political will to truly engage in a global, collective effort to protect everyone, everywhere."

The coalition's demands came as the U.N. General Assembly kicked off in New York City. On Wednesday, Biden is set to host a virtual COVID-19 summit on the sidelines of the event, where he is expected to outline his plan to bolster global vaccination efforts and urge other world leaders to commit to stronger action as the pandemic continues to wreak havoc.

"Biden's summit will be doomed to failure absent a fundamental reset in the United States' approach."

But experts have warned that Biden's strategy — which focuses heavily on vaccine donations that have been slow to reach their destinations — falls well short of what's needed to address global shortages and bring the deadly pandemic to an end. The World Health Organization said last week that Africa is set to receive 470 million fewer coronavirus vaccine doses than expected in 2021, a shortfall that officials blamed in part on vaccine hoarding by rich countries.

According to one recent analysis, wealthy nations could have in their possession 1.2 billion surplus doses by the end of the year, millions of which are likely to expire.

The Biden administration is reportedly in talks with Pfizer to buy another 500 million doses of the company's coronavirus vaccine to donate to low-income countries, in addition to the 140 million doses the U.S. has already delivered overseas.

"This is a great thing, right? No, it's a travesty," "The American Prospect's" Robert Kuttner wrote last week. "The total global need is at least 13 billion doses. Back in May, President Biden did something worth celebrating. He authorized U.S. Trade Representative Katherine Tai to reverse the longstanding U.S. opposition to waiving the patent, copyright, and trademark protections of the WTO treaty known as TRIPS, to which the U.S. is a party."

"With that waiver, countries with vaccine manufacturing capacity, such as India, could produce the Pfizer vaccine at cost, at adequate quantities, and deliver it worldwide," Kuttner noted. "But since that brave gesture, career U.S. trade officials based at WTO headquarters in Geneva have slow-rolled the TRIPS waiver, and there has been no progress at getting vaccines actually produced in quantity."

In a scathing statement on Monday, Health GAP executive director Asia Russell said that Biden's response to the coronavirus pandemic thus far has been "characterized by unquestioning faith in pharmaceutical companies to fix the current crisis of artificial supply scarcity, unaffordable prices, and inequitable distribution."

"Status quo protection of the intellectual property rights of profiteering pharmaceutical companies will not save us from this pandemic," Russell added. "Biden has the power to mandate the transfer of technology in order to scale up manufacturing capacity in the Global South. Instead of using this power, he is acting like a puppet of Big Pharma. Biden's summit will be doomed to failure absent a fundamental reset in the United States' approach."