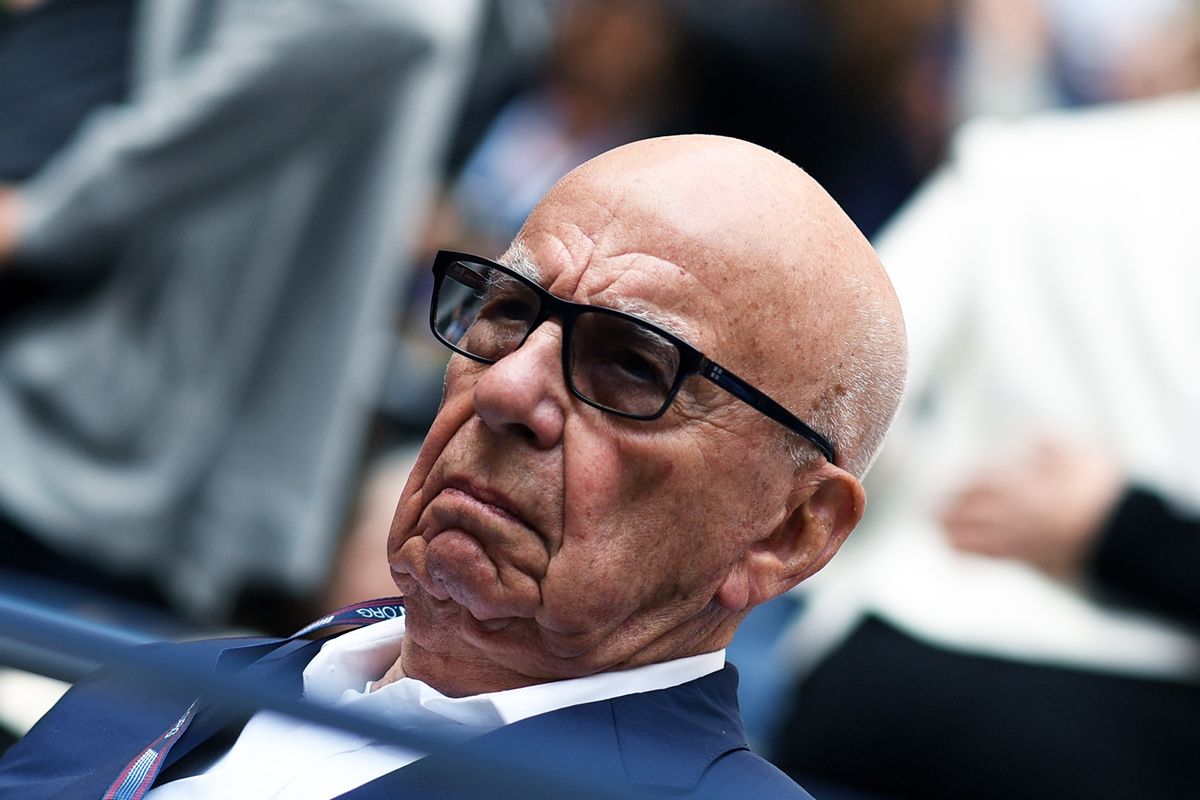 Fox News and Fox Business, both created by Rupert Murdoch, have never been shy about promoting extreme or ludicrous ideas in the hope of driving ratings. But what far-right opinion hosts like Tucker Carlson, Laura Ingraham and Sean Hannity claim and what Fox News executives actually believe can be two different things, and an article published by Vice on September 23 stresses that Murdoch's actions show that he takes climate change seriously.

It's important to pay close attention to what Fox News does as well as what it says. Fox News has been full of anti-vaxxer hysteria; yet more than 90% of Fox Corporation employees, according to The Guardian, have been vaccinated for COVID-19. Fox Corporation, CNN reports, has "quietly implemented the concept of a vaccine passport."

Many of Fox News' opinion hosts have been relentlessly supportive of former President Donald Trump. But according to author Michael Wolff, the 90-year-old Murdoch detests Trump.

In 2006, Dembicki reports, "Murdoch's News Corporation actually thought carbon pricing was a good idea. News Corp has meticulously documented its own carbon footprint since 2006 and sought to 'take a leadership role on the issue of climate change' by reducing it, according to hundreds of pages of publicly available documents reviewed by Vice News."

Dembicki goes on to say that in 2010, "News Corp was advocating 'market-based mechanisms to support carbon reductions' in the U.S. and other places."

"This is according to documents submitted to the Carbon Disclosure Project (CDP), a nonprofit group that has, for two decades, catalogued and rated environmental reporting from more than 300 companies, including Apple, Coca-Cola and Ford Motors," Dembicki explains. "No one forced News Corp to make disclosures to the CDP, which the group publishes in a database on its website. And far from altruism, News Corp's disclosures are cast as corporate self-interest. In 2010, for example, a filing explained that doing so would give the company 'valuable expertise when responding to mandated reporting requirements' under a potential carbon pricing system, should any country implement one."

Dembicki goes on to say that "News Corp has submitted yearly reports on its environmental progress to CDP since 2006, often receiving 'A' grades for its efforts from the organization." Ateli Iyalla, North American managing director of the CDP, told Vice that News Corp has "strong understanding of climate issues and climate risk."

"Vice News reviewed more than a decade's worth of those submissions, and the documents show a company that's taking steps to protect its operations and thousands of employees from a climate emergency it knows is getting worse, while giving a massive media platform to people who say the emergency isn't real," Dembicki reports. "The documents show that News Corp privately acknowledged climate change is making hurricanes worse."