Scoot over oat milk — there's a new kid in town

A tuber-based alternative milk might be the latest contender 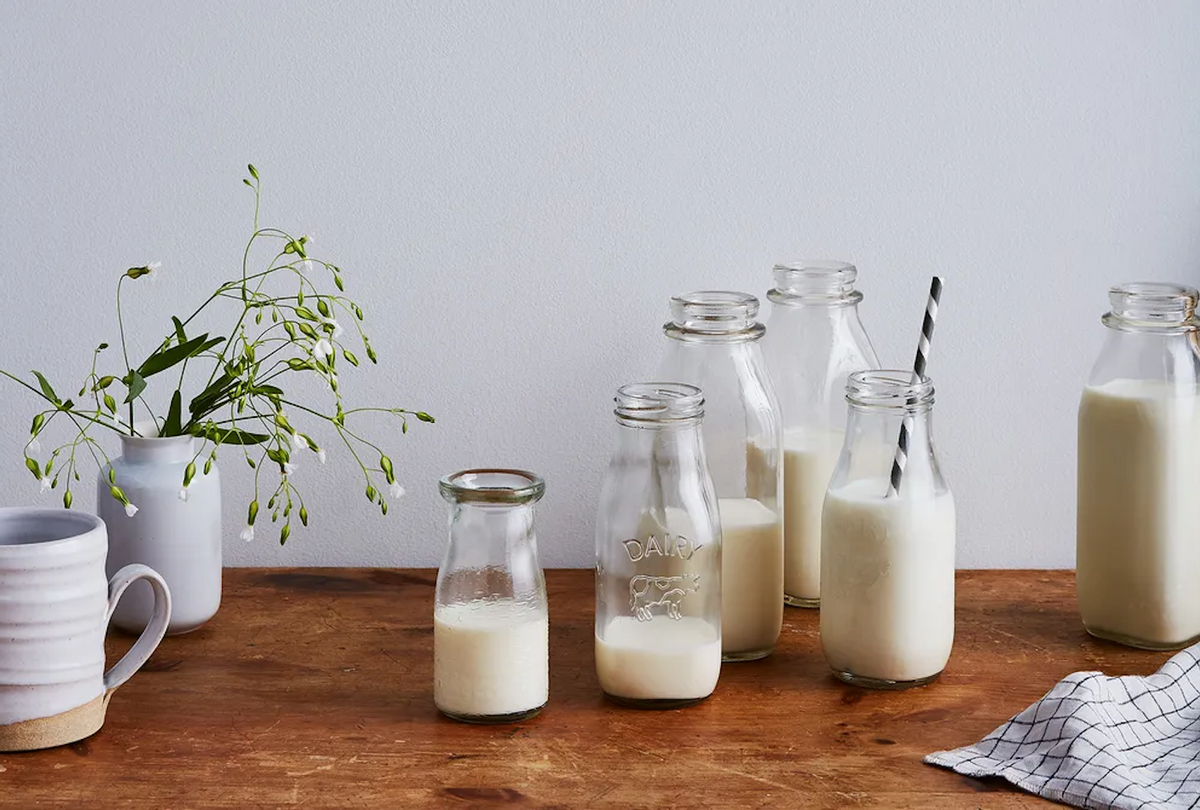 In recent years, more and more nondairy milks have popped up on shelves and in local coffee shops. There are stalwarts like soy (the most popular), almond, and coconut, followed by more niche nut milks such as macadamia and hazelnut.

Then oat milk entered the arena, upping the game for milk-alternative connoisseurs. Oat milk has a creamy consistency, like cow's milk, convincing even some of the naysayers.

Wait, did you say potato milk? Yes, that's right. Several weeks ago, DUG, a vegan-friendly plant-based drink company, introduced potato milk in three new varieties: Original for your cereal, Barista for your hot drinks, and Unsweetened without any added sugar.

DUG wasn't even the first potato milk company: In October 2015, Veggemo launched a milk alternative made with a combination of peas, cassava, and potato in Canada with mixed reviews for its creamy but bitter taste. They are no longer in business.

There's a catch, though. Right now, you can't buy potato milk in the U.S. DUG is a Swedish company, and although they have plans to launch in China and expand across Europe, for now, potato milk is only available to ship online through Amazon to the U.K.

Wait, wait, what? Do you mean to say you got me all hyped, but I can't buy my new and already most beloved vegan milk?

Don't despair. You can get crafty and make potato milk at home. Making potato milk is easy.

All you need is five ingredients and a blender to become your own potato milk master. First, boil a peeled potato until soft (but not until it falls apart) in 3 cups of hot water with a pinch of salt. Using a slotted spoon or mesh strainer, take out the potatoes but reserve the water the potatoes cooked in. Add enough warm water to equal 4 cups of water. If you want flavorings, now's the time: You could add a couple drops of vanilla extract, a handful of almond slices, or a small amount of sweetener to the water. Add the boiled potatoes and the reserved potato water to a blender and blend on high for approximately 5 minutes. Then strain the potato mixture through cheesecloth, reserving the liquid that will be your potato milk. Refrigerate for up to a few days and use like you would any other milk alternative. Use potato milk in cereal, coffee drinks, and smoothies — wherever you'd use your vegan beverage.

This method also works with sweet potatoes, if you want a slightly sweeter version. Will potayto-potahto milk become oat milk's greatest nemesis? Perhaps. Change is in the air.

Welcome, welcome to the new kid in Vegan Town.

Dr. Tamara MC is a linguist who researches identity in the Middle East. Her memoir-in-progress is titled "CHILD BRIDE."