The Colorado lawmaker said that Vice President Kamala Harris is "complicit," also pushing for her ouster 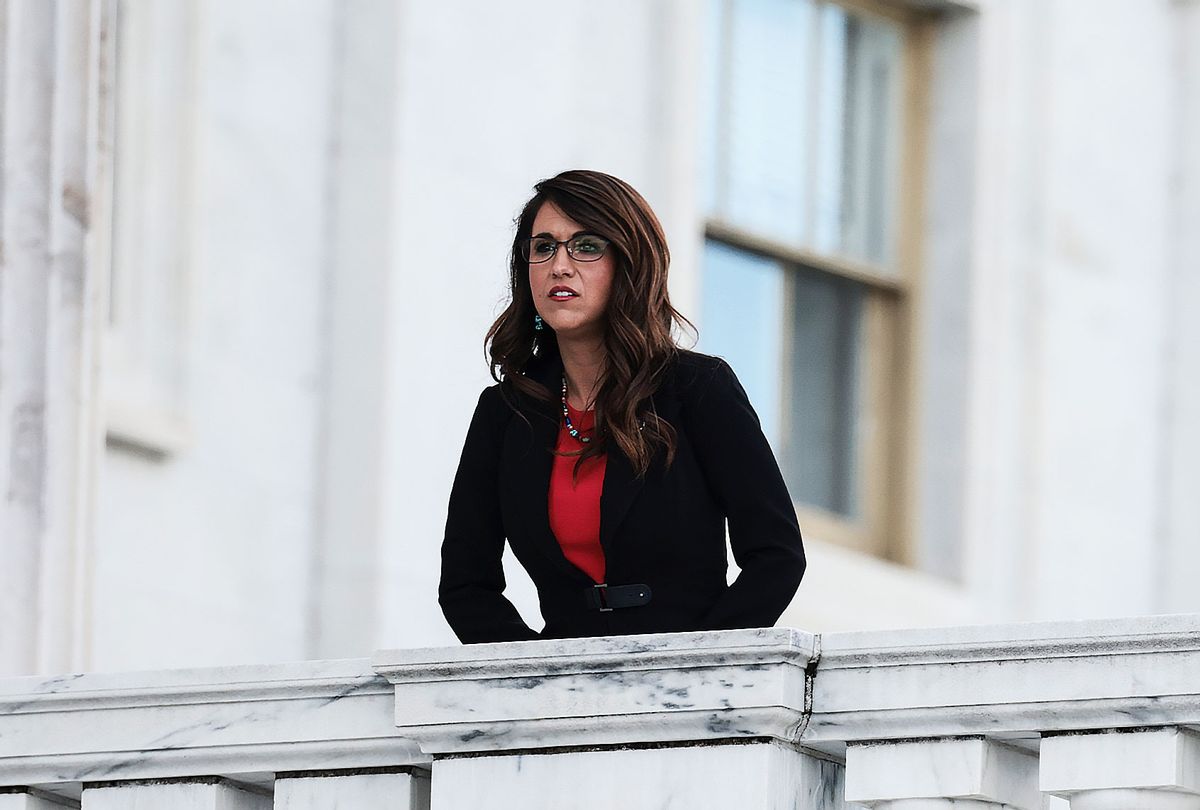 Rep. Lauren Boebert, R-Colo., introduced articles of impeachment against President Joe Biden on Friday – but not without spelling the word "impeach" as "imeach" in her logo.

Critics were quick to notice the gaffe, which circulated through Twitter until the mistake was corrected an hour later.

"If you want to file for impeachment, you could at least spell the word correctly," tweeted DemCast columnist David Weissman.

"Lauren Boebert calls to 'Imeach' Biden," echoed Salon contributor Dean Obeidallah. "Looks like the GOP is not just anti-science, and anti-democracy they are  Now also anti-Spelling"

Kyle Clark, a reporter for 9News, joked that if Boebert's "Biden would be the first US President to be imeached."

In her release, Boebert argued that the Biden administration is "not being held accountable" for "colluding with the Taliban."

"There have been no resignations, no indictments, no investigations, no congressional oversight, no outcry from the mainstream media, and no apologies," the Colorado conservative stated in a press release. "So I'm stepping up to hold Biden and Harris accountable by filing articles of impeachment for giving aid and comfort to America's enemies and colluding with the Taliban."

Boebert also took aim at Vice President Kamala Harris, suggesting that she "is complicit in all of this."

"One way or another," she said, "Kamala needs to be impeached for her failure to step up and stop this avoidable catastrophe."

"Afghanistan is well on its way to becoming a terrorist super state that will threaten the region, the world, and the American homeland for years to come, and the responsibility falls entirely on President Biden's shoulders," Hice similarly echoed in a press release. "He has been woefully derelict in his most basic duties as President and he has proven himself incapable of leading our nation. He must be removed from office as quickly as possible."

The move comes in the wake of the Biden administration's military pullout from Afghanistan, where the U.S. was previously engaged in a protracted, 20-year intervention purported to prevent the Taliban from rising to power. In mid-August of this year, the Taliban successfully seized control of the nation's Capitol building in Kabul, prompting the U.S. to initiate a long-awaited withdrawal from the nation.

Since then, the U.S. has been coordinating mass evacuations for thousands of Afghans seeking refuge from the Taliban, which is expected to enact a brutal regime of religious tyranny. In late August, during ongoing evacuations from Kabul's International Airport, a suicide bombing attributed to Islamic State Khorasan Province (IS-KP) – an Afghan affiliate of ISIS – took place, leaving 169 Afghan civilians dead, along with 13 members of the United States military.

The next day, the Biden administration executed a drone strike on what the U.S. military said was a vehicle carrying three IS-KP members to prevent another "likely" terror attack. A subsequent investigation by The New York Times found that none of those targeted – ten people, including seven children – were not a part of IS-KP but an international aid organization. After declaring it a "righteous strike" that targeted "high-profile ISIS targets" and "planners and facilitators," the Biden administration incrementally admitted that attack was "a tragic mistake."

It is not immediately apparent how Biden "colluded" with the Taliban. Back in February of last year, Donald Trump struck a deal with the Taliban wherein the U.S. promised a full military withdrawal from the country in 14 months if the Taliban agreed not prevent the country from being riddled with terrorism.

Boebert is not the first lawmaker to file articles of impeachment against the president.

Earlier this week, Rep. Bob Gibbs, R-Ohio, filed a set of impeachment articles against the president, citing Biden's handling of the Afghanistan withdrawal, the border crisis, and his effort to extend the eviction moratorium – which has proven a lifeline for millions of Americans struggling under the weight of the pandemic. Last month, Rep. Marjorie Taylor Greene, R-Ga., also put forward three impeachment resolutions against Biden that have little chance of advancing.

None of the impeachment articles introduced by Republicans are expected to see a floor vote, much less pass one.