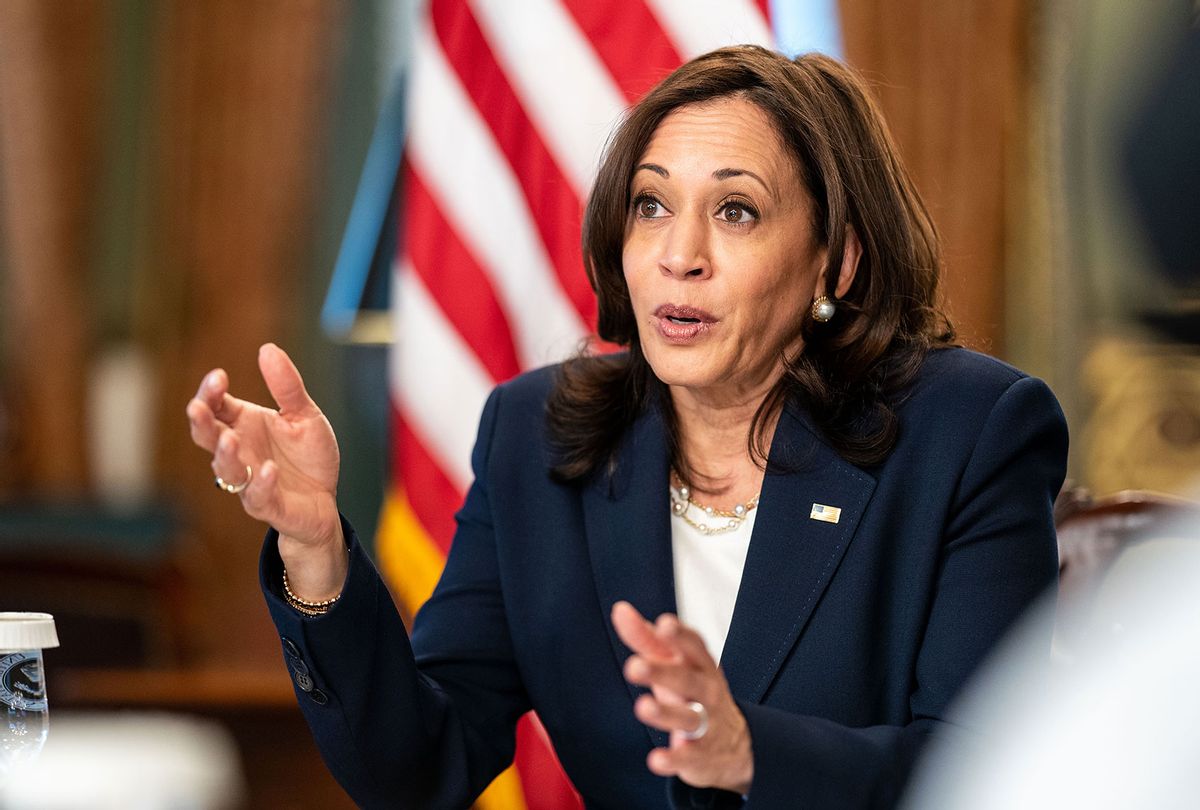 Just as Vice President Kamala Harris was set to take her seat at "The View" table Friday, co-hosts Sunny Hostin and Ana Navarro were quickly shuffled off the set. The pair had tested positive for COVID-19 just ahead of the show.

The two remaining hosts, Joy Behar and Sara Haines, sat and chatted with the audience while the crew figured out how to have the vice president do the interview remotely. In the last 10 minutes, Harris made her appearance from another room in the studio.

Between a diplomatic meeting with Indian Prime Minister, Naendra Modi, and attempts at managing the worsening migrant crisis at the southern border, Harris made her first in-studio television appearance since taking office and went straight into addressing the many crises facing the Biden administration.

In a perfect segue from the Hostin and Navarro debacle, Harris opened by discussing the continued COVID crisis before discussing abortion rights, Afghanistan and the Haitian migrant crisis at the southern border.

"The United States has to help and we have to do more, and our administration feels strongly about that," said Harris in response to Behar's question regarding Haiti. Harris went on to mention the creation and extension of Temporary Protected Status to over 100,000 Haitian migrants and the administration's reunification goals for those with family members who are American citizens.

Hostin was expected to come down hard on the vice president for the administration's handling of the Haitian migrant crisis at the border — a topic she has become increasingly vocal about in recent days.

"I think that U.S. policy towards Haiti has always been corrupt," Hostin said on Thursday's episode of "The View," heavily criticizing the White House's historic treatment of Haiti and the recent mishandling of the migrants hailing from the country. Harris' response was not challenged by either of the hosts present during the show.

The vice president also announced a $1.2 billion investment directed to giving broadband "access and affordability" to school children across the country.

Harris is the second sitting vice-president to sit down with the cast of "The View," following former vice-president Joe Biden's appearance on the show back in 2010. This one, however, may go down as the most chaotic and frantic in-studio debut, maybe ever.