"The Convincer" still holds up for Nick Lowe's toughest critic — himself

"I judge each record I've made on the degree to which it has failed," the musician told Salon 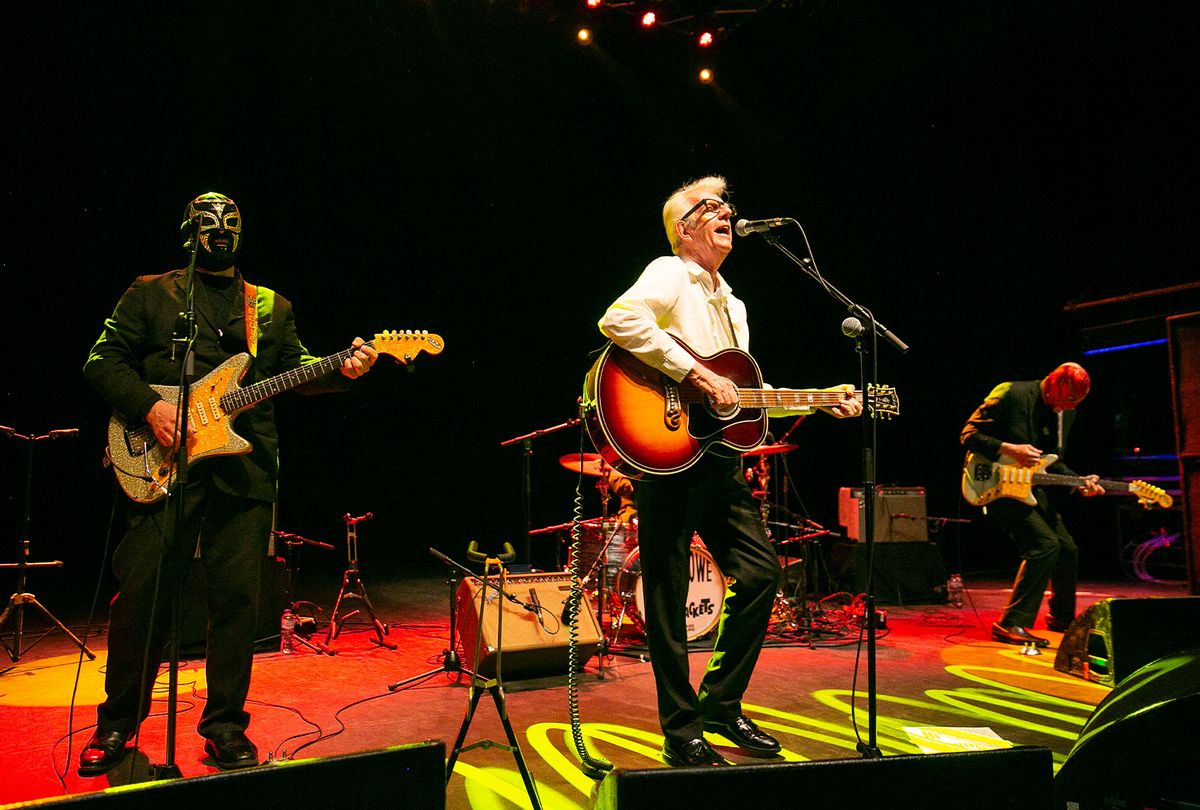 Nick Lowe has the heart of an artist.

This month, the celebrated singer-songwriter marks the 20th anniversary of his album "The Convincer" with a bravura rerelease. When it originally entered the soundscape, the critically acclaimed LP had everything going for it but timing. "The Convincer" dropped on Tuesday, September 11, 2001.

The original release may have been overshadowed by international tragedy, but for Lowe, "The Convincer" has aged particularly well. That's saying a lot for the musician, who has proven time and again to be his own worst critic. As he told me in a recent conversation, "I really don't think I'm much good at all because it's all always in the ear of the beholder."

In a career that has produced the solo hit "Cruel to Be Kind" and, as a mega-anthem for Elvis Costello, "(What's So Funny 'Bout) Peace, Love, and Understanding," he has seen his share of success. But when it comes to his own work, Lowe keeps returning to "The Convincer." He even goes so far as to allow that it's his "favorite record."

This is a remarkable admission from the same artist who told me, "I'm always disappointed with what I do. It's never good enough. And I judge each record I've made on the degree to which it has failed." By Lowe's highly critical standard, then, "The Convincer" succeeds admirably because, to his mind, "it's not bad," which makes it "the best record I've ever made."

Admitting he "has painted a bit of a bleak picture" of the record-making process, Nick Lowe-style, the musician attributes the sonic returns of "The Convincer" to the painstaking experience of its original production. He fondly recalls developing the record in advance with co-producer Neil Brockbank and fellow musician Bobby Irwin, "cheerleaders" who previewed the songs over convivial bowls of pasta.

By that point, Lowe had already slaved over the compositions, working away until he was able to "strip away everything about me" — all "my little tricks and conceits" — until the song has been whittled down so much that he feels "like I'm singing a cover song." Only then, when he has excoriated all of the "flim-flam" and removed the "fat off of the bones," does he believe that the song is once and truly written.

"That's when I like my stuff," he said, "when I feel like it's something that somebody else has written and that I've had nothing to do with it."

When it came to the studio, Lowe was backed by a superb band for "The Convincer," with Geraint Watkins on the keys, Steve Donnelly on lead guitar, and Robert Treherne on drums. For Lowe, the studio is about capturing the moment.

"What I was trying to do was more akin to making a jazz record," said Lowe about capturing the best performance in the heat of the moment. "That's when it turns into a pop record, then you can put as many overdubs and backing vocals and everything, but the essence of the thing was alive."

With the rerelease of "The Convincer," the results speak for themselves. From the opening swagger of "Homewrecker" and cool optimism of "Let's Stay in and Make Love," Lowe's vocals shimmer with a smooth confidence. The album is well-served by a trio of bonus tracks, including a rip-roaring cover of "Mama Said" and "A Different Kind of Blue," Lowe's revealing take about his creative mindset.

With albums like "The Convincer," Lowe found himself feeling "excited again," as if he were in the face of "something we hadn't heard before. Everything's been done in pop music," he observes, but "I always want to do something that creates a brand new sound," even if he may invariably fall short. In songwriting, Lowe reminds us, "it's the cross you have to bear."