The South Dakota Governor claims the media "is trying to destroy" her children. Critics call it "public corruption" 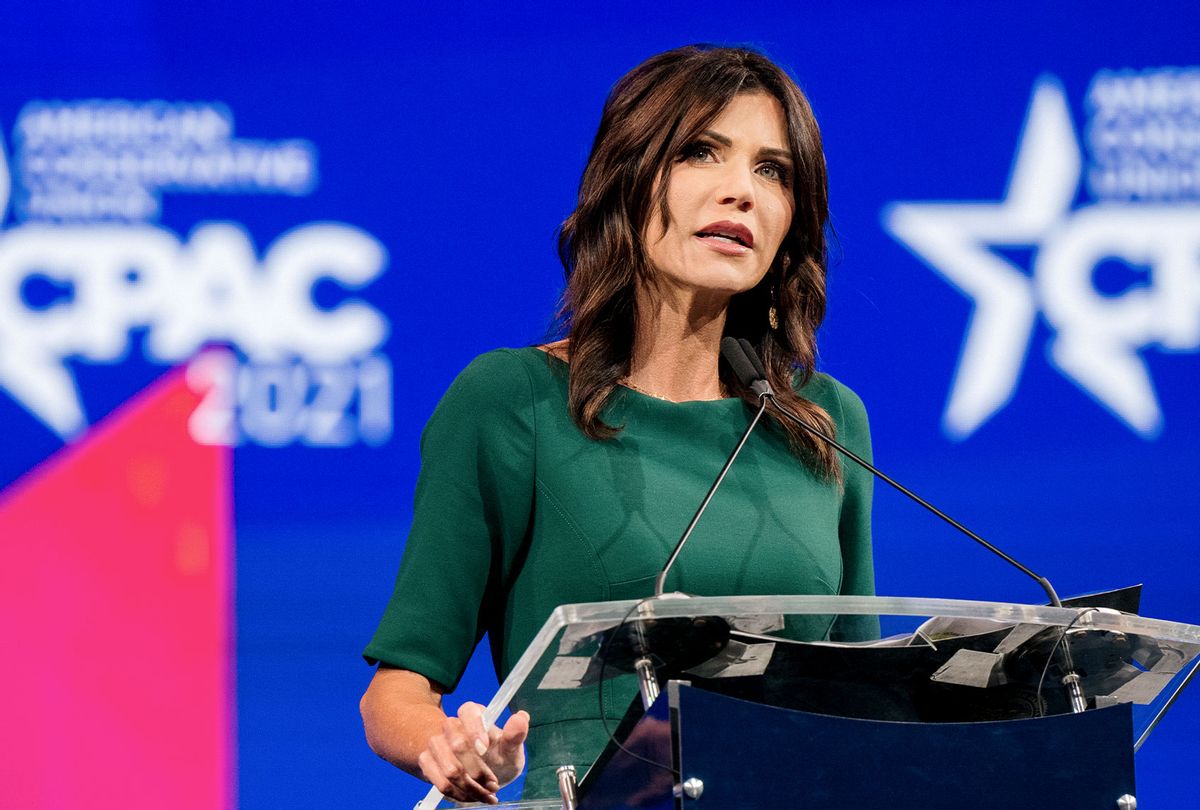 South Dakota Gov. Kristi Noem (R) is facing allegations of abuse of power after she helped her daughter acquire a real estate appraisal license from a South Dakota state agency despite being denied last year.

On Monday, September 27, The Associated Press detailed a meeting that took place last year between the Republican governor and multiple officials. At the time, it seemed like Noem's daughter, Kassidy Peters, would be denied for the appraisal license.

AP noted that while it remains unclear what all occurred during the meeting, several months later, Peters did receive the license. The state official who initially handled Peters' licensing application reportedly did plan to deny her for it. Months later, the same official was pressured into early retirement. That led to a lawsuit being filed which was settled for $200,000.

While Noem has yet to directly address the allegations, she did tweet to suggest that it was some form of attack on her "children."

"Listen I get it. I signed up for this job," Noem tweeted. "But now the media is trying to destroy my children."

She also attempted to criticize the media for its alleged "double-standard." However, shortly after the governor tweeted her remarks, legal experts and Twitter users fired back, arguing otherwise.

According to Richard Painter, former chief ethics lawyer who served under President George W. Bush, Noem's actions appear to be a clear conflict of interest and subsequent abuse of power.

"It's clearly a conflict of interest and an abuse of power for the benefit of a family member," Painter told the news outlet.

HuffPost also highlights how Noem's tweet "ignored the larger issue of whether she used her office and state resources to help a relative advance professionally, and she ignored her own attacks on a politician's adult child, Hunter Biden, the troubled son of President Joe Biden, both on Twitter and on Fox News last year."