Two pro-Trump pundits and former friends feud over alleged doxxing, QAnon links. If that's even what it's about 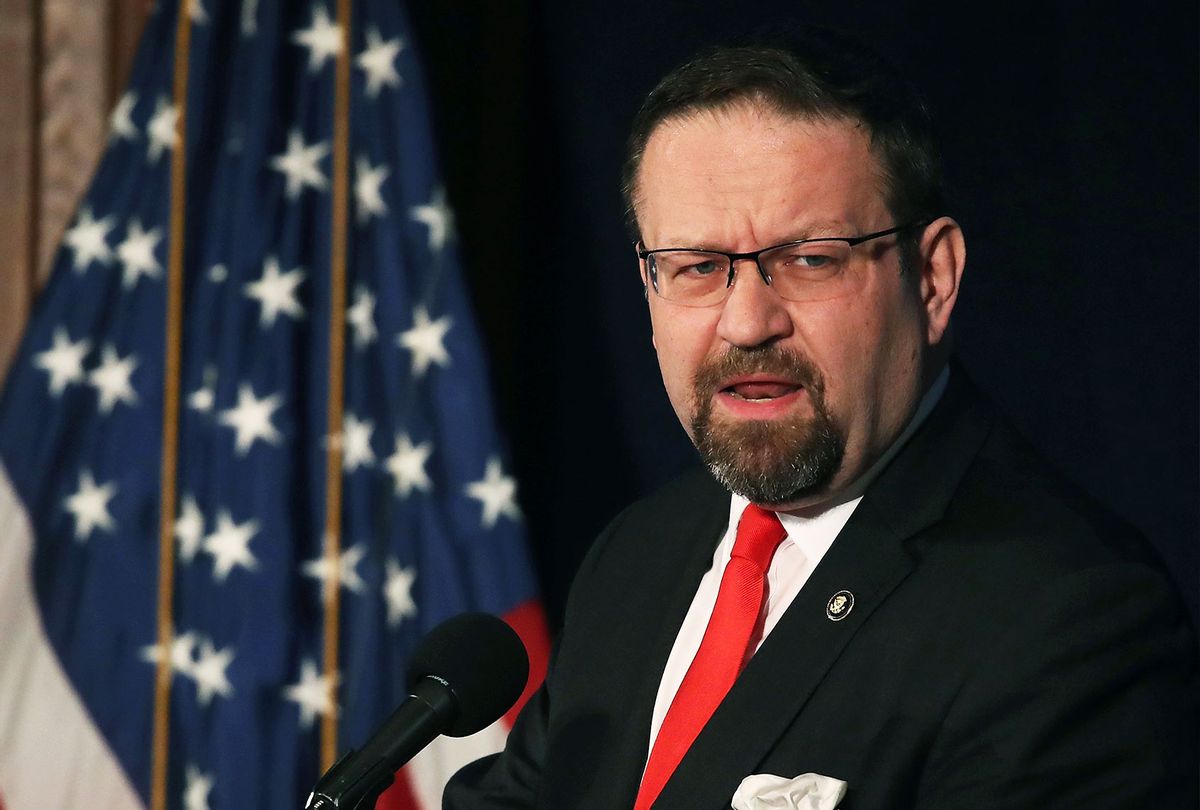 TrumpWorld is having some difficulty maintaining unity at the moment. Cracks in the MAGA coalition have appeared in recent days in the form of a feud between former Trump White House official Sebastian Gorka and QAnon-supporting conspiracy theorist Bill Mitchell.

On Monday afternoon, Mitchell took to the far-right Gab social media platform to air allegations of wrongdoing by Gorka. Mitchell claims the onetime Trump official — sometimes described in Washington as the "The Great Hungarian Snowflake" — wrongfully tarred him with accusations of being a QAnon supporter. (Which by all accounts Mitchell is.)

"Sebastian Gorka accused me of working with Q to dox him. He actually called me on the phone personally to threaten me with legal action. Prior to this, he and I were friends, and I had him as a guest on my show several times," Mitchell wrote. "Of course, this accusation was preposterous. I have never had any connection to Q other than to interview two individuals associated with them, and I most assuredly had nothing to do with doxxing Mr. Gorka."

Mitchell went on to say that Gorka was "using his platform to smear me with blatant lies," adding that he considered suing Gorka for slander, but didn't want to "punch right."

"Regardless, I had nothing to do with his doxxing," Mitchell said. "I am not now, nor have I ever been a part of Q."

Asked for comment Monday afternoon, Gorka would not discuss the right-wing kerfuffle, telling this Salon reporter to "go to hell," while throwing in a profane but peculiar insult. "Are you going to tell me Hunter Biden's laptop are true now?" he asked. That awkwardly phrased question was probably rhetorical since he added that if Salon calls him for comment again, he will "take legal action."

Gorka was still brooding about this brief conversation later in the day, wondering aloud on his afternoon radio show, "How bad is Salon.com?"

Best described as a pro-Trump Twitter reply guy, Mitchell first got some TrumpWorld traction in 2016 by attempting to outdo other Trump fans in lavishing praise on the then-candidate.

"Traces of Mitchell's online presence from before he took his Trump oath of allegiance reveal an exceedingly average middle-aged man," BuzzFeed reported back in 2016. The Twitter pundit turned MAGA social media heavyweight actually alienated some Trump surrogates with his confident claims that Trump was destined to win the 2016 election. "Trump has a 100% chance of winning in November," he wrote on Twitter in September of 2016. That bold prediction proved out, but there was no repeat in 2020, when he was banned from the platform.

Loud and largely content-free disputes appear to be one of Gorka's specialties. Whatever the substance of his personal feud with Mitchell may be, it comes shortly after his attempt to sic his followers on a journalist after being duped by a fake Twitter account.