Louis DeJoy rolls out plan to slow USPS, despite calls for his ouster 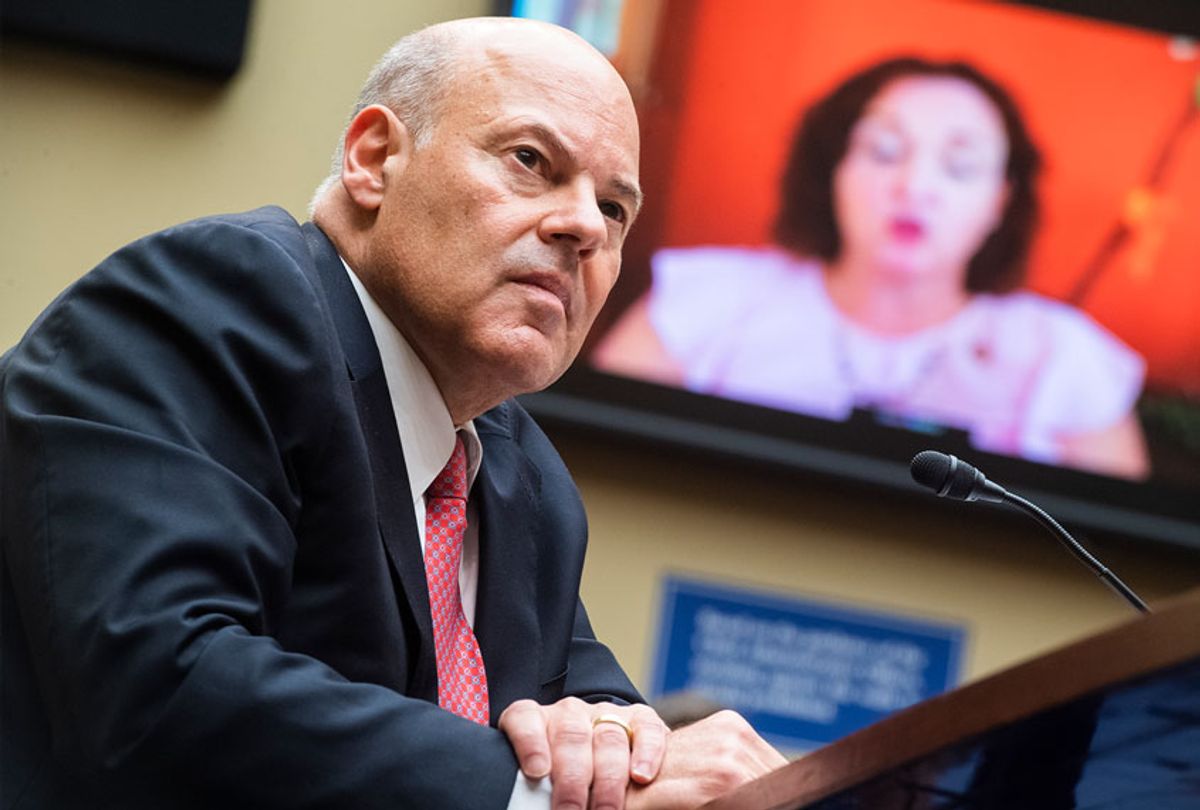 Americans should expect the U.S. Postal Service to become permanently slower and, for the 2021 holiday season at least, more expensive after a number of new changes championed by Postmaster General Louis DeJoy, who is facing calls to resign over his alleged conflicts of interest.

DeJoy, a prominent Republican fundraiser, was appointed to his position by then-President Donald Trump in March 2020 despite the fact that he had no previous postal service experience. Earlier this summer news surfaced that the FBI was investigating DeJoy for campaign finance violations while he was CEO of a private logistics firm — allegedly pressuring employees to attend GOP fundraisers or donate to Republicans before they were paid back in bonuses.

The most recent changes to the USPS come as a result of DeJoy's 10-year strategic plan, first announced in March, which included plans for "longer first-class delivery windows" and "reduced post office hours and higher postage prices."

The plan was widely critiqued by Democrats, including Speaker Nancy Pelosi, who said that the plan would undermine the mission of the USPS, "resulting in serious delays and the degradation of service for millions." The American Postal Workers Union, in a message to members, said the plan was a "series of actions that will undermine the postal service and are an insult to every postal worker, every postal craft and every postal customer."

This means that there will be increased time-in-transit for mail traveling long distances, particularly first-class mail, which could take up to 30% longer to reach its destination, according to the USPS.

Frum also announced that as of Oct. 3, the Postal Service will temporarily increase prices on all commercial and retail domestic packages because of the holiday season.

Despite its status as a public utility, the USPS has been criticized for years over its poor financial performance — last year alone, for example, the USPS lost more than $9 billion. DeJoy told lawmakers in February that  the entire system was "in a death spiral," and that legislation is needed to help restore it to financial stability.

But hovering over these plans for the USPS are additional accusations of cronyism lingering over DeJoy's tenure as Postmaster General.

This summer, the USPS awarded a $120 million contract to XPO Logistics, a company DeJoy's family maintains financial ties with. DeJoy also holds a significant amount of stock in Amazon, seen by some as a USPS competitor, while making governmental changes that may affect the company's shareholder value. In August, a federal judge ruled that the "US Postal Service must give the watchdog group Citizens for Responsibility and Ethics in Washington documents about potential conflicts of interest by Postmaster General Louis DeJoy."

House Democrats have called on President Biden to oust DeJoy by appointing new members to the Postal Service Board of Governors, which appoints the Postmaster General. Currently, the majority of sitting governors were appointed by Trump.

Rep. Jimmy Gomez, a California Democrat leading the charge for DeJoy's ouster, called his tenure as postmaster general "a masterclass in cronyism and deception.

"The amount of suspicion I had about him and his efforts to intentionally undermine delivery times at [USPS] could have filled the Grand Canyon," he tweeted. "The Board of Governors should #FireDeJoy."

DeJoy was also accused of attempting to "sabotage" the 2020 election as early as last August, and appeared before Congress to answer for his policy changes at USPS that slowed postal delivery times ahead of a record number of mail-in ballots last fall due to the COVID-19 pandemic.