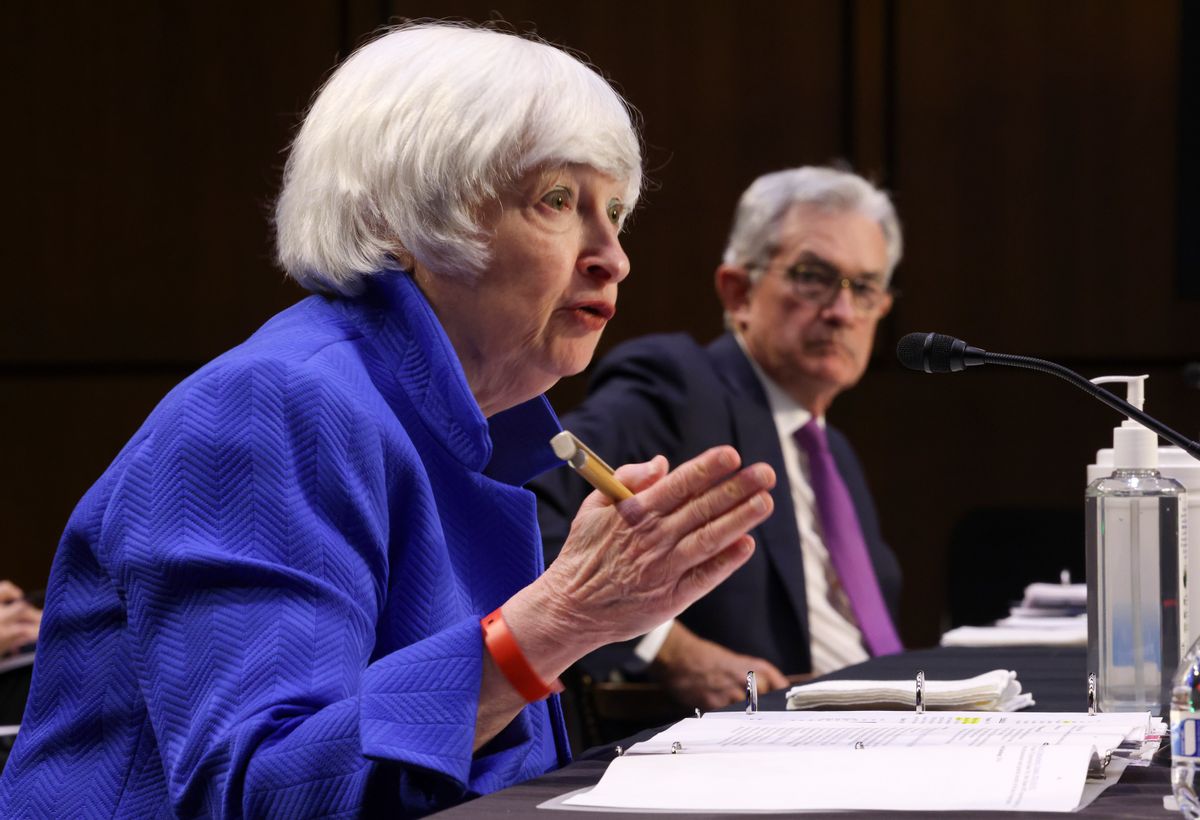 Treasury Secretary Janet Yellen warned this week that the U.S. faces an imminent financial and economic crisis, telling House Speaker Nancy Pelosi on Tuesday that Congress has until Oct. 18 to raise the debt ceiling.

"We now estimate that Treasury is likely to exhaust its extraordinary measures if Congress has not acted to raise or suspend the debt limit by October 18," she wrote in a letter to Pelosi and other House leaders, as well as Senate Republican leader Mitch McConnell, who so far has vowed not to support raising the limit. "At that point, we expect Treasury would be left with very limited resources that would be depleted quickly."

In her address, Yellen warned lawmakers of "catastrophic" consequences that might follow if Congress fails to raise or suspend the debt limit within the next three weeks.

"It is imperative that Congress swiftly addresses the debt limit. If it does not, America would default for the first time in history," she said, stressing the importance of Congress' action at a critical time in America's economic recovery from the coronavirus pandemic. "The full faith and credit of the United States would be impaired, and our country would likely face a financial crisis and economic recession."

Although there have been a number of government "shutdowns," when federal employees were not paid and federal facilities were largely closed, the U.S. has never defaulted on its debt, which would mean being unable to make payments to bondholders. According to NBC News, economists have no true measures beyond abstract forecasts to estimate the possible economic fallout.

Yellen wrote in her letter to Pelosi Tuesday that time was of the essence to prevent what she described as a potential "calamity." The Treasury head said that "estimates regarding how long our remaining extraordinary measures and cash may last can unpredictably shift forward or backward. This uncertainty underscores the critical importance of not waiting to raise or suspend the debt limit."

Not only would a government default be detrimental to those with a direct financial stake, Yellen warned, it would also affect everyday Americans, potentially leading to delayed Social Security payments and higher interest rates on mortgages, auto loans and credit cards, among other things. "It would be disastrous for the American economy, for global financial markets, and for millions of families and workers whose financial security would be jeopardized by delayed payments," she said.

Yellen and Powell also touched on the effects of the delta variant, which they said has slowed the nation's economic recovery, although both said they still believed the economy was moving in the right direction.