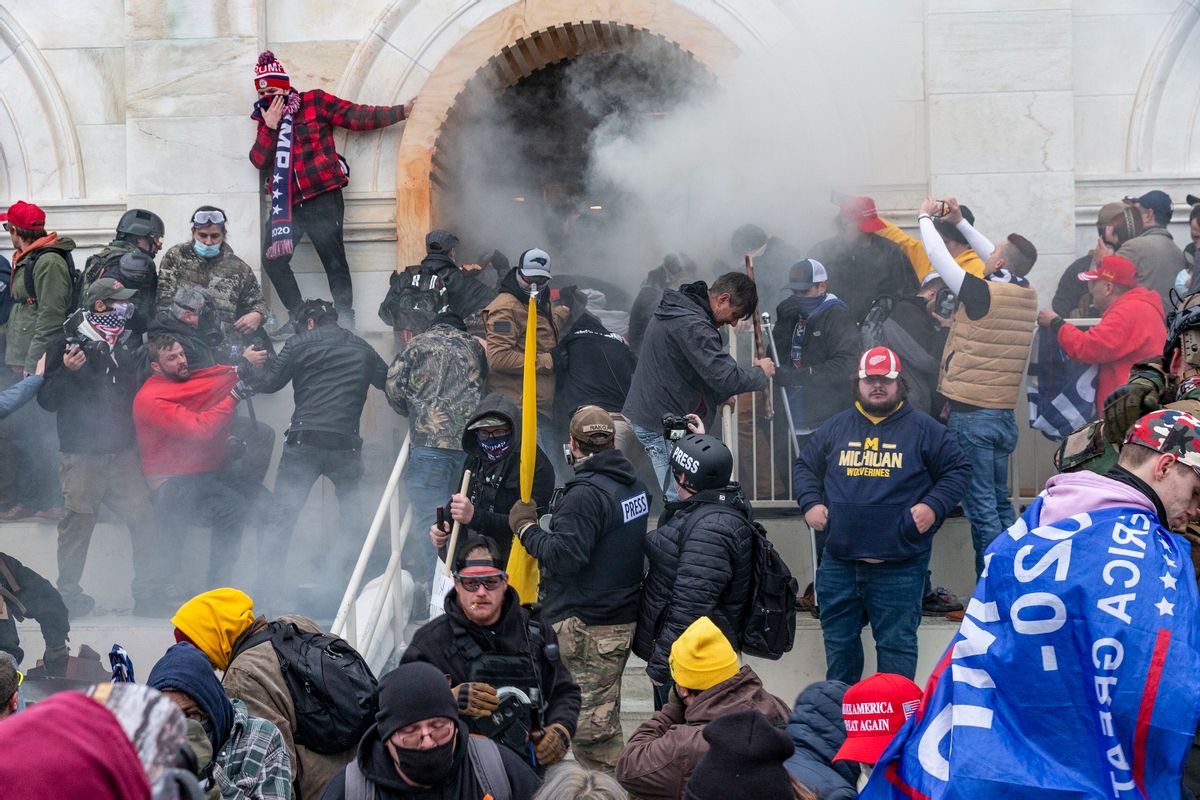 Republican lawmakers have spent months gaslighting the American public on what transpired at the U.S. Capitol on January 6. Although harrowing footage captured the deadly series of events that transpired, Republicans have adamantly attempted to downplay the incident and cover up multiple aspects of the insurrection.

One fact that hasn't received enough coverage — and has also been falsely denied by many figures on the right — is the serious weaponry brought by some of the insurrectionists.

According to Mother Jones, some of Trump's extremist supporters actually did carry guns into the federal building. "A Mother Jones investigation drawing on public video footage, congressional testimony, and documents from more than a dozen federal criminal cases reveals that various Trump supporters descended on DC that day armed for battle with guns and other potentially lethal weapons," the publication reports.

Multiple individuals are also facing charges of carrying firearms on U.S. Capitol grounds. According to the Federal Bureau of Investigations (FBI) and court documents, "at least eight others carried knives or tasers at the Capitol, including two defendants who allegedly committed assaults with tasers." A number of others were also arrested in downtown Washington, D.C. Those individuals reportedly had " rifles, pistols, explosive materials, and large supplies of ammunition."

Despite the existence of evidence, Republican lawmakers have repeatedly pushed back against those claims. "This didn't seem like an armed insurrection to me," said Sen. Ron Johnson (R-Wisc.) just weeks after angry Trump supporters stormed the Capitol. He added, 'When you think of armed, don't you think of firearms?'

During the hearings back in May, Rep. Paul Gosar (R-Ariz.) also claimed law enforcement officers found "zero firearms" on riot suspects. Former President Donald Trump had also echoed the same claim. "There were no guns whatsoever"' Trump said when he appeared on Fox News in July.

However, the defendants in the case appear to have made their intentions quite clear. One defendant, in particular, is Guy Reffitt of Texas. Facing a charge for unlawfully carrying a handgun, Reffitt sent a message to fellow members of the extremist organization known as the Three Percenters. He suggested that incidents like the Capitol insurrection are only the beginning of their efforts to take back the country.

"We took the Capital and put the POS Capital Hill on it's [sic] heels," said Reffitt, according to court documents filed by prosecutors. "This has only just begun and will not end until we The People of The Republic have won our country back. We had thousands of weapons and fired no rounds yet showed numbers. The next time we will not be so cordial."