The policies in Congress' $3.5 trillion budget package are popular — like, really popular 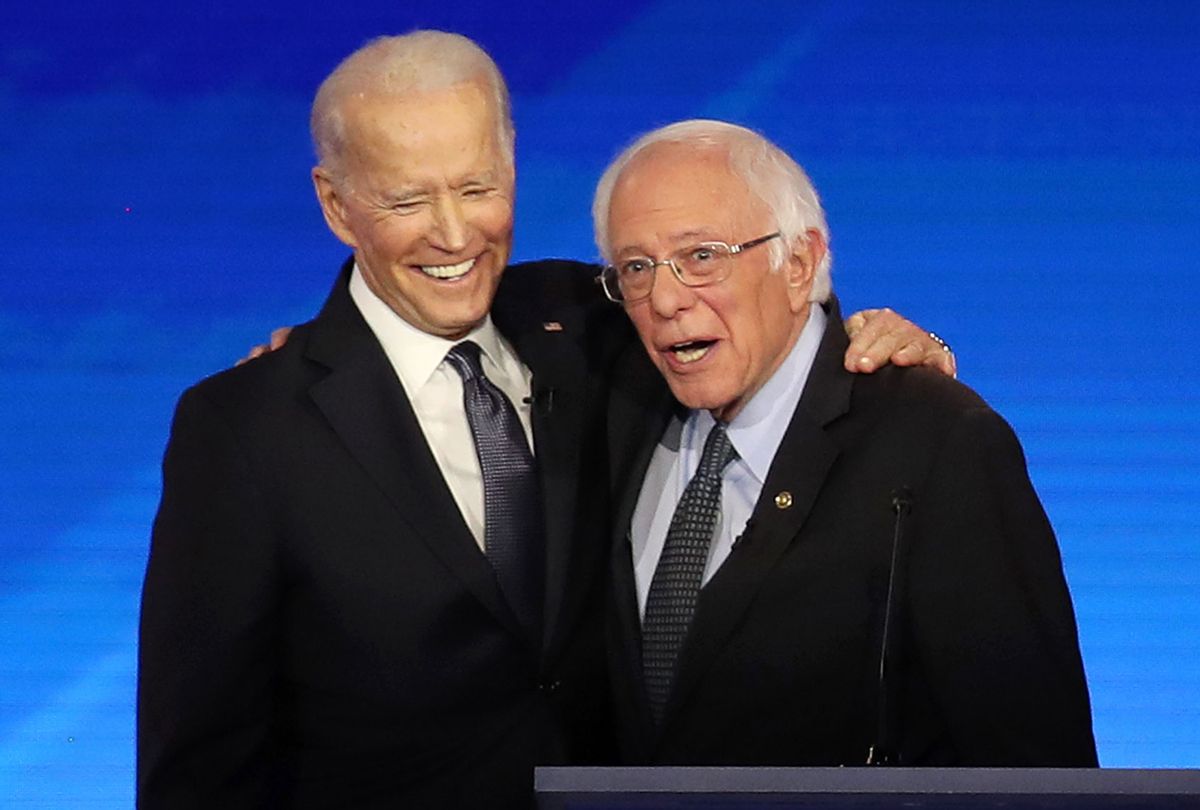 A video out Friday featuring numerous polls showing the popularity of the programs included in the $3.5 trillion reconciliation package that Democrats are trying to push through Congress—and narrated by one of Sen. Bernie Sanders' top aides—offered a scathing indictment of those within the party who continue to oppose the sweeping investments in childcare, Medicare expansion, housing, higher education, and climate.

Warren Gunnels, the longtime staff director and policy advisor for Sanders (I-Vt.) who is sometimes referred to as the "keeper of receipts," argues in the video that corporate Democrats like Sens. Joe Manchin of West Virginia and Kyrsten Sinema of Arizona are blocking an agenda that is widely supported by the American public.

"I'm not quite sure what planet Meghan is living on, but right here on planet Earth the overwhelming majority of the American people—including 'independent centrists'—support the $3.5 trillion... plan," Gunnels says in the video.

He then runs through a list of surveys—including an August 12 Fox News poll that found a majority of likely voters favor spending $3.5 trillion on priorities including combating the climate crisis, health care, and childcare—to underscore the package's popularity.

Noting the overwhelming support for some of the bill's individual components, Gunnels says: "When 84% want to expand Medicare to cover dental, vision and hearing, and 81% want Medicare to negotiate lower prescription drug prices, opposing these policies doesn't make you a moderate. It doesn't make you a centrist. It makes you an extremist."