"If I faced him, I'd beat him like I would beat everyone else" 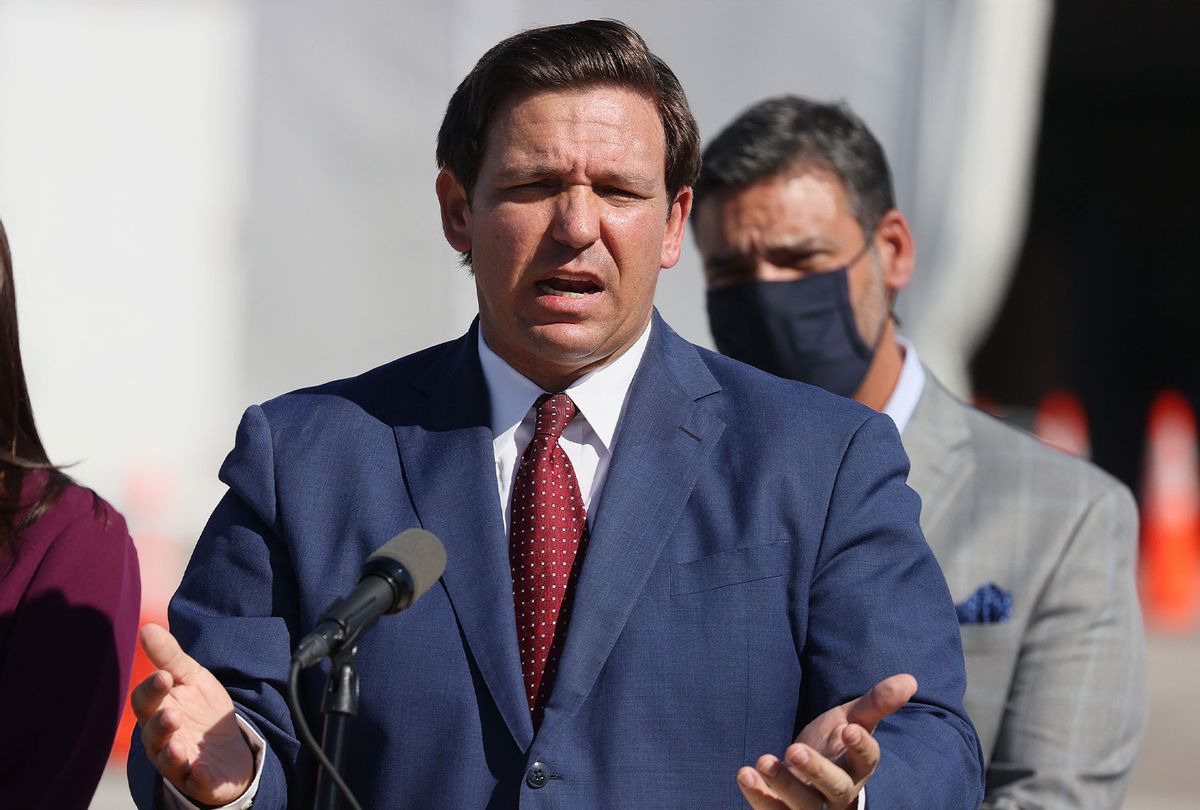 Florida Governor Ron DeSantis speaks during a press conference about the opening of a COVID-19 vaccination site at the Hard Rock Stadium on January 06, 2021 in Miami Gardens, Florida. The governor announced that the stadium's parking lot which offers COVID-19 tests will begin to offer COVID-19 vaccinations for residents 65 and older to drive up and get vaccinated. The vaccination site opened today for a trial run but it was not known when it will be open to the general public. (Joe Raedle/Getty Images)
--

In an interview with Yahoo Finance to be released on Monday, former president Donald Trump unequivocally stated that he has no doubt that he would beat Florida Governor Ron DeSantis for the 2024 Republican presidential nomination.

Despite Trump facing a wide array of lawsuits and criminal investigations, he is still making rumblings about a third run -- although many believe he's only teasing it out as a money-making scheme.

As Yahoo reports, "he was noncommittal on the subject of a hypothetical 2024 rematch with his successor — but made a bold prediction about his ability to prevail in a Republican primary that may include Florida Governor Ron DeSantis."

According to Yahoo's Ben Werschkul, "The former president was confident about his chances if he decided to run, even if it meant a potential head-to-head matchup with DeSantis, another GOP favorite."

"If I faced him, I'd beat him like I would beat everyone else," Trump stated while conceding DeSantis may opt out if the one-term president runs.