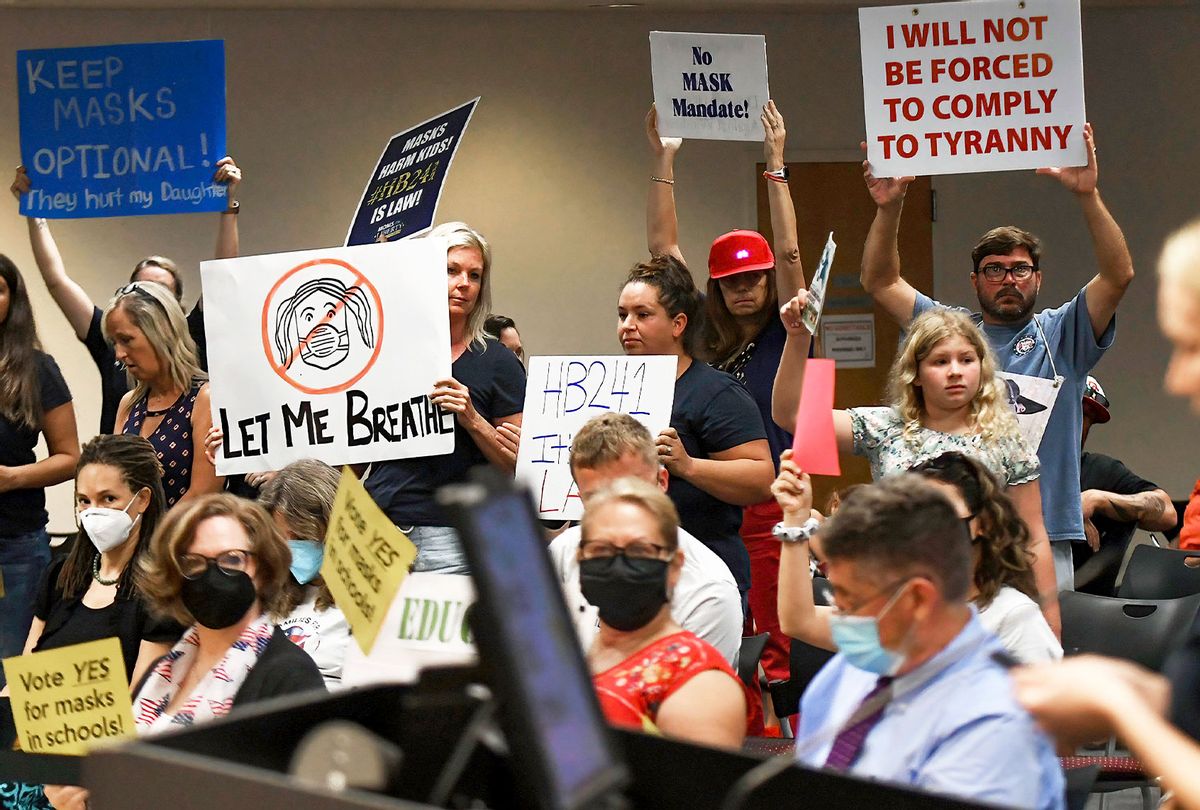 Attorney General Merrick Garland announced on Monday that federal authorities would be dispatched to school boards to address "a disturbing spike in harassment, intimidation, and threats of violence" against public school employees.

Over the next thirty days, Garland said, the FBI will be holding strategy sessions involving federal, state, and local authorities in various U.S. districts to develop plans aimed at cooling the community-level unrest, according to AP News.

"Threats against public servants are not only illegal, they run counter to our nation's core values," Garland wrote in a press release. "Those who dedicate their time and energy to ensuring that our children receive a proper education in a safe environment deserve to be able to do their work without fear for their safety."

"While spirited debate about policy matters is protected under our Constitution, that protection does not extend to threats of violence or efforts to intimidate individuals based on their views," the attorney general added.

The move comes on the heels of a plea issued last week by the National School Boards Association (NSBA), a nonprofit which represents over 90,000 local school board members, calling on President Biden to provide federal aid for public employees targeted by angry – and at times violent – protesters of school mask mandates.

"As these acts of malice, violence, and threats against public school officials have increased, the classification of these heinous actions could be the equivalent to a form of domestic terrorism and hate crimes," the association wrote in a missive, according to AP News.

The letter details shocking instances of threats and violence that have played out in various states throughout the country, including California, Florida, Wisconsin, Georgia, New Jersey, Virginia, Ohio, and more. In Michigan, the letter documented, one man disrupted a meeting by yelling a Nazi salute in protest of the a school's mask mandate. School board members have also been routinely accosted by angry mobs of parents opposed to public health measures, the letter adds, noting that some board members have been individually targeted with intimidation and threats of violence.

"We are coming after you and all the members on the … [Board of Education]," one angry mailer reportedly wrote to a board member. "You are forcing them to wear mask—for no reason in this world other than control. And for that you will pay dearly."

Earlier this month, AP reported that an Arizona man was arrested after he and two other men brought large military-style zip ties to make a "citizen's arrest" of a school principal that backed a school quarantine.

Last month, NPR reported that school board members, largely unpaid volunteers, have begun to resign as animosity grows between parents and public employees. The uproar over mask mandates has also compounded with recent outrage toward the use of "critical race theory" in classrooms. For months, conservative media and policy organizations have poured millions into a political operation designed to root out "radical leftism" from public schools, encouraging disgruntled parents to sabotage school board meetings in protest of apparent "leftist indoctrination."

NSBA interim Executive Director and CEO Chip Slaven said in a statement that the attorney general's move sends a "strong message to individuals with violent intent who are focused on causing chaos, disrupting our public schools, and driving wedges between school boards and the parents, students, and communities they serve."

"We need to get back to the work of meeting all students' needs and making sure that each student is prepared for a successful future," Slaven added. "That's what school board members and parents care about."