The reproductive dictates of a conservatorship fit within tradition of government overreach, says health researcher 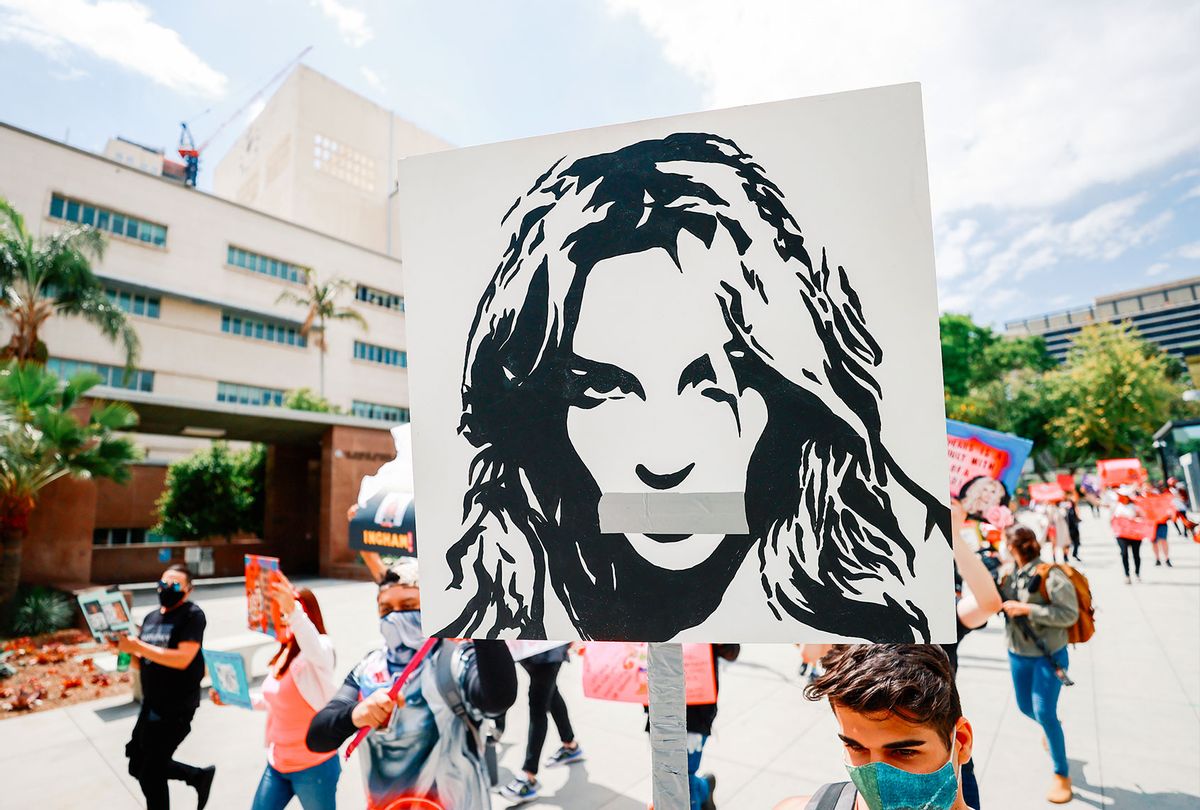 Britney Spears has been locked in a court battle 13 years in the making. While her father was suspended as conservator of her estate on Sep. 29, 2021, her conservatorship might not be terminated until the next hearing on Nov. 12.

During this conservatorship, she was limited in her ability to make everyday choices that most people take for granted.

One revelation that came out of Spears' emotional testimony was that she was not allowed to go off birth control.

"[T]his so-called team won't let me go to the doctor to take [my IUD] out because they don't want me to have children — any more children," Spears said.

Spears' anguish over the loss of her reproductive agency was palpable. And her story is one shared by disabled women across the country who are denied the right to make decisions about their sexual and reproductive health.

Ensuring the reproductive rights of disabled women is a professional and personal issue for me. I am a public health researcher at the University of Iowa studying the social factors that influence accessibility for disabled people. I am also a disabled woman who has faced tough decisions about my own sexual and reproductive health.

Disabled women, especially those with intellectual or developmental disabilities, are often trapped by paternalistic decision-making. Courts and caregivers make choices about their lives with little input from the women themselves. Society views this approach as benevolent because women with physical and mental disabilities are often seen as sexually vulnerable and in need of protection for their own good. But these beliefs come from the long shadow of eugenics and the stigma and stereotypes that continue to dominate conversations around disability and reproduction.

The long shadow of eugenics

The United States has a history of forced sterilization policies that targeted disabled people, women of color, and those living in poverty.

These policies arose from the 1927 Supreme Court case Buck v. Bell, which permitted the sterilization of Carrie Bell, a young woman deemed "feebleminded" by her adoptive family and, eventually, the Supreme Court. Buck v. Bell became a bellwether of the eugenics movement, which sought to eliminate "negative traits" through selective breeding. The ruling opened the door for an estimated 60,000 to 70,000 forced sterilizations in the U.S. in the 20th century.

Buck v. Bell and the U.S. eugenics movement has affected both state disability policies and reproductive health services. Today, the American Congress of Obstetricians and Gynecologists recognizes that disability is not a reason for sterilization, and that people should be able to make decisions about their own health as much as possible. However, this is only an ethics guideline for medical professionals, not enforced by robust public policy.

Stigma refers to the discrimination and exclusion that individuals or groups face when certain characteristics are labeled as undesirable. Disabled people often experience stigma because their bodies fall outside of what is considered "normal" by society.

One way that stigma takes shape against disabled women is that they are often stereotyped as uninterested, asexual or incapable of consent. These stereotypes prevent honest conversations with health care providers, sex education teachers and others about access to reproductive care and contraception. Disabled women also report barriers to accessing family planning counseling because of these assumptions.

Paternalism, or when an authority figure limits an individual's or group's freedom in what they perceive to be their best interests, also affects the sexual autonomy of disabled people. One way it manifests is through consent determination, a legal strategy that attempts to gauge whether a disabled person is capable of consenting to a sexual relationship.

While it is supposed to protect disabled people from sexual abuse, prevention of sexual activity does not necessarily equate to protection. Disabled people are still at an increased risk of experiencing sexual abuse and violence regardless of their consent determination status. Interviews with women with mild intellectual disability have revealed that they felt unable to report sexual abuse and that they lacked both social support and the ability to protect themselves.

Consent determination may also block access to sex education because it's deemed unnecessary. Inadequate sex and healthy relationship education are risk factors for sexual abuse and violence. Disabled women are less likely than their nondisabled peers to receive formal sex education; if they do, it is often long past when it's age-appropriate. For instance, one disabled woman deemed incapable of consent was informed by her high school that she was "exempt" from taking sex ed without being asked if she wanted to take the class.

Spears' conservatorship centered around the stereotype that disabled people are unable to manage their own lives. However, she had produced four albums and gone on several world tours in this 13-year period. That she was still not allowed to act on her desire to have children is a testament to the enduring stigma around disability and especially mental illness.

Recognizing the reproductive rights of disabled women is about promoting reproductive justice for all women. This includes ending what one research subject called the "roaring silence" around sterilization, supporting evidence-based sex education, and fighting disability health stereotypes.

The disability rights slogan "Nothing About Us Without Us" conveys that disabled people know what is best for them and should not be excluded from conversations about their own health. And this includes reproductive rights.