Timothy Mellon, the grandson of legendary banker Andrew Mellon, has a history of anti-immigration advocacy 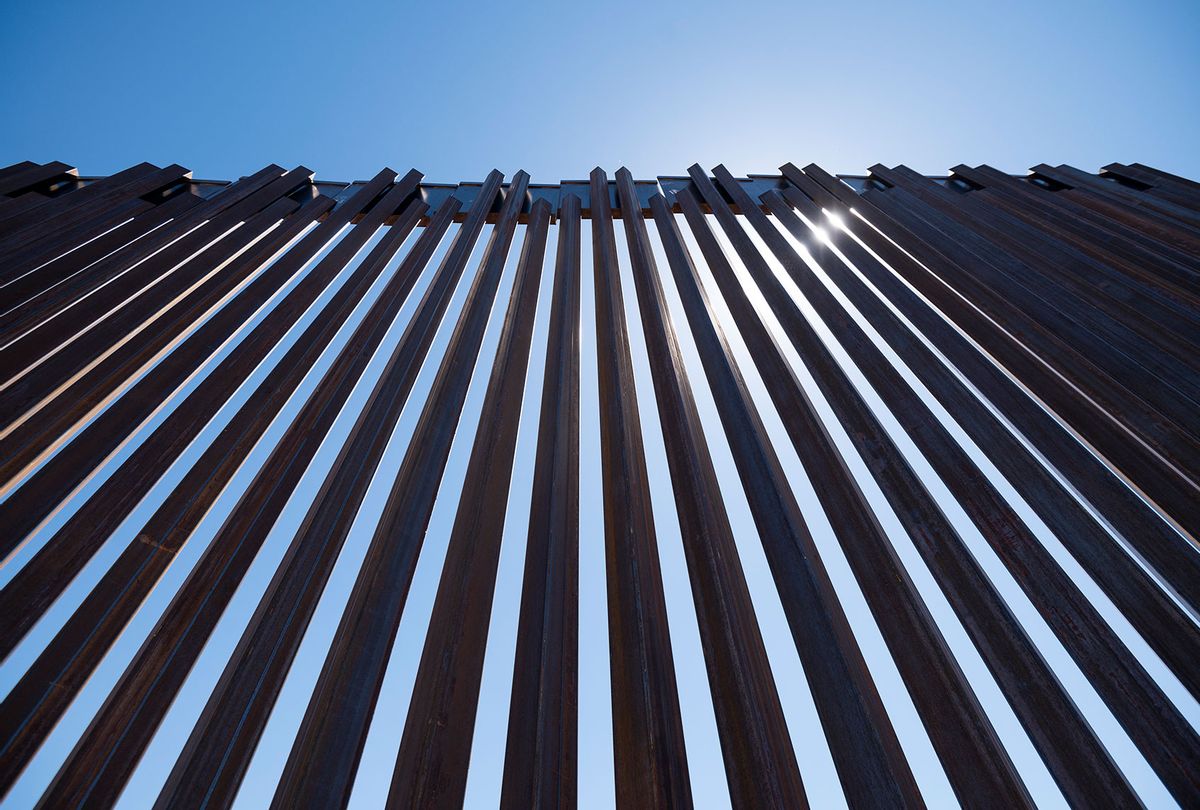 The border wall stretches along the U.S.-Mexico border on the Johnson Ranch near Columbus, N.M. (Bill Clark/CQ-Roll Call, Inc via Getty Images)
--

After former President Donald Trump left office and his dream of building a "big, beautiful wall" along the southern U.S. border using federal funds fizzled out, Texas Gov. Greg Abbott entered the arena with another idea: the state can sidestep the Biden Administration — and its own legislature — by crowdfunding a border wall using private donations.

It even looked like the plan was working this summer, as the fund went from $1.25 million to $19 million in just a few weeks this past August, and then shot up to $54 million by the end of the month.

But nearly that entire sum — $53.1 million — was donated by just one man, who also happens to be the billionaire scion to one of the world's richest families, according to a new report from The Texas Tribune Wednesday.

That man is Timothy Mellon, the 79-year-old grandson of legendary banker and former Treasury Secretary Andrew Mellon. He has also bankrolled previous attempts to enact and defend controversial immigration laws, including the legal defense of a 2010 Arizona law that empowered police to inquire about anyone's immigration status despite concerns that it would lead officers to racially profile civilians. That law went all the way to the Supreme Court and was partially struck down, though the thrust of the law Mellon sought to defend is still intact.

In addition to his donations, Mellon also has a track record of racially charged public statements. The billionaire dedicated a good chunk of his 2015 self-published autobiography to outline a theory of government support for social programs as "Slavery Redux," arguing that the "Great Society" programs of the 1960s made Black people "even more belligerent and unwilling to pitch in to improve their own situations."

The extremely large donation is notable due to the fact that Mellon, who lives in Wyoming and owns a New Hampshire-based transportation logistics company called Pan Am Systems, does not appear to have any discernible ties to Texas — and had not previously donated to any of Gov. Abbott's campaigns, the Texas Tribune reported.

He is, however, a top donor to Trump, giving more than $20 million to America First Action, the main super PAC that supported the former president's reelection campaign in 2020.

His contribution to the border wall raises questions over the increasing sway the ultra-rich have in American politics — and the way such big-money infusions for large, contentious public projects can sidestep what is normally supposed to be a political process.

"The thing that's controversial about these kinds of donations is whether they're distorting government priorities. If government collects money in taxes and the government — Legislature and governor — decide how to spend it, they're setting their priorities based on the political environment," Lloyd Mayer, a professor at Notre Dame Law School, told The Texas Tribune. "But if you open it up to donations, you're handing what the government should spend their money on to wealthy donors."

Mellon also decided to make the entire donation in stock, a savvy business decision that will likely yield a huge tax benefit. Rather than having to pay taxes on the profits when they sell shares, investors can get a deduction for the full amount if they donate stock to "charity."

Despite its controversial and clearly political nature, the border wall likely qualifies as a tax deductible project that serves a "public purpose."