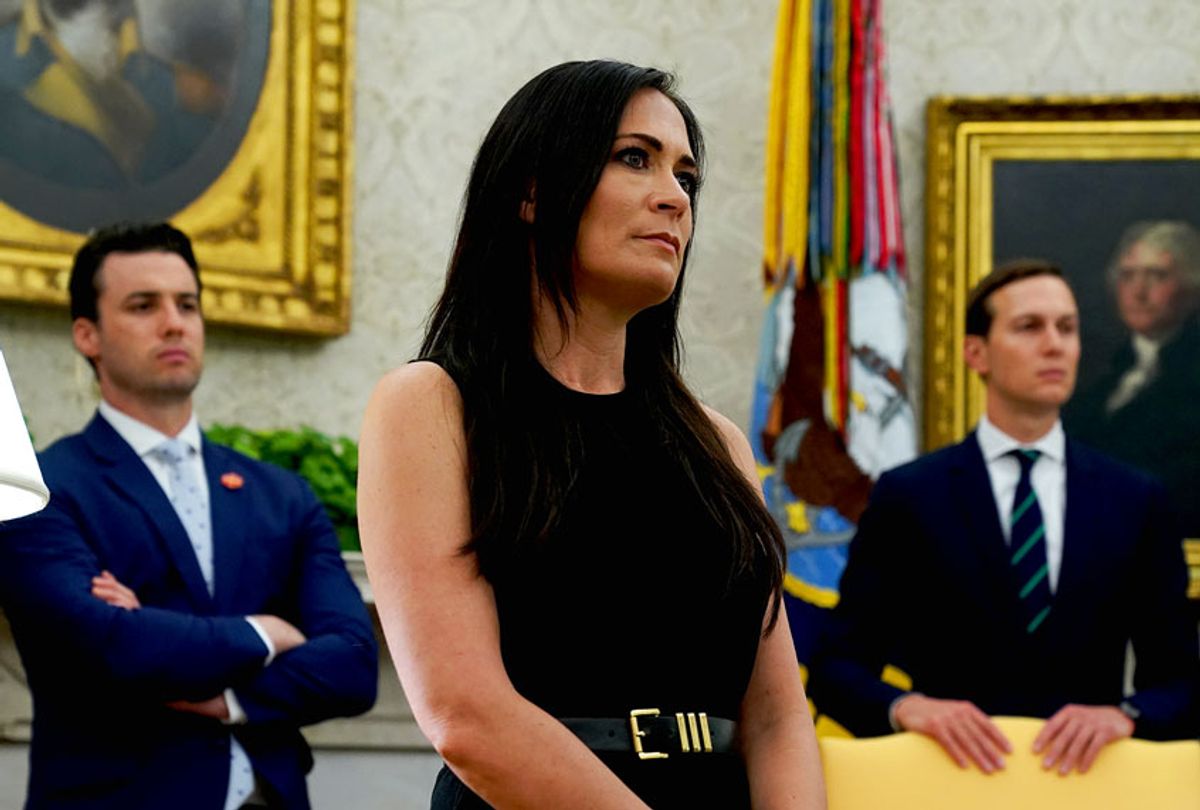 An ex-Trump staffer turned congressional candidate, Max Miller, is suing former White House press secretary Stephanie Grisham for defamation after she accused him of abuse during their time dating while in the Trump administration.

Grisham recently told CNN's Jake Tapper there was "abuse in every way" in her relationship with Miller.

Cleveland.com then reported that in a complaint filed by Miller's lawyer, Larry Zukerman, Grisham made "libelous and defamatory statements" and that the allegations are "absolutely untrue." Miller also sought an injunction to block Grisham from repeating her claims, including interviews on CNN. It was subsequently declined.

In July, in a profile of Miller, Politico reported that Grisham and Miller's relationship ended "when he pushed her against a wall and slapped her in the face in his Washington apartment after she accused him of cheating on her." According to Politico, sources verified the allegations, one source saying "It happened," and "It was violent."

Court records show that Miller has a criminal record, including charges of assault, disorderly conduct, and resisting arrest. Miller claims the accusations are only to harm him and for Grisham to sell more copies of her book, "I'll Take Your Questions Now: What I saw at the Trump White House."

In an op-ed Grisham wrote for The Washington Post, she says former President Trump and former first lady Melania Trump showed little interest in taking any action against Miller.

"The president and first lady seemed totally unfazed about whether there was an abuser … in their workplace." Grisham continued, "There was no follow up from either of them to see if I needed help or protection. There was no investigation ordered. No effort to get to the bottom of this."

At a rally in Wellington Ohio in July, Trump described Miller as a "great guy." Trump told rally goers "You have the opportunity to elect an incredible patriot to Congress who I know very well."

Grisham left Miller unnamed in the op-ed and told Tapper "I didn't put his name in there on purpose because I've moved on," said Grisham. "If there's anything I can take away, I'm almost stronger than ever now, and no one is ever going to abuse me again in any way, shape or form."