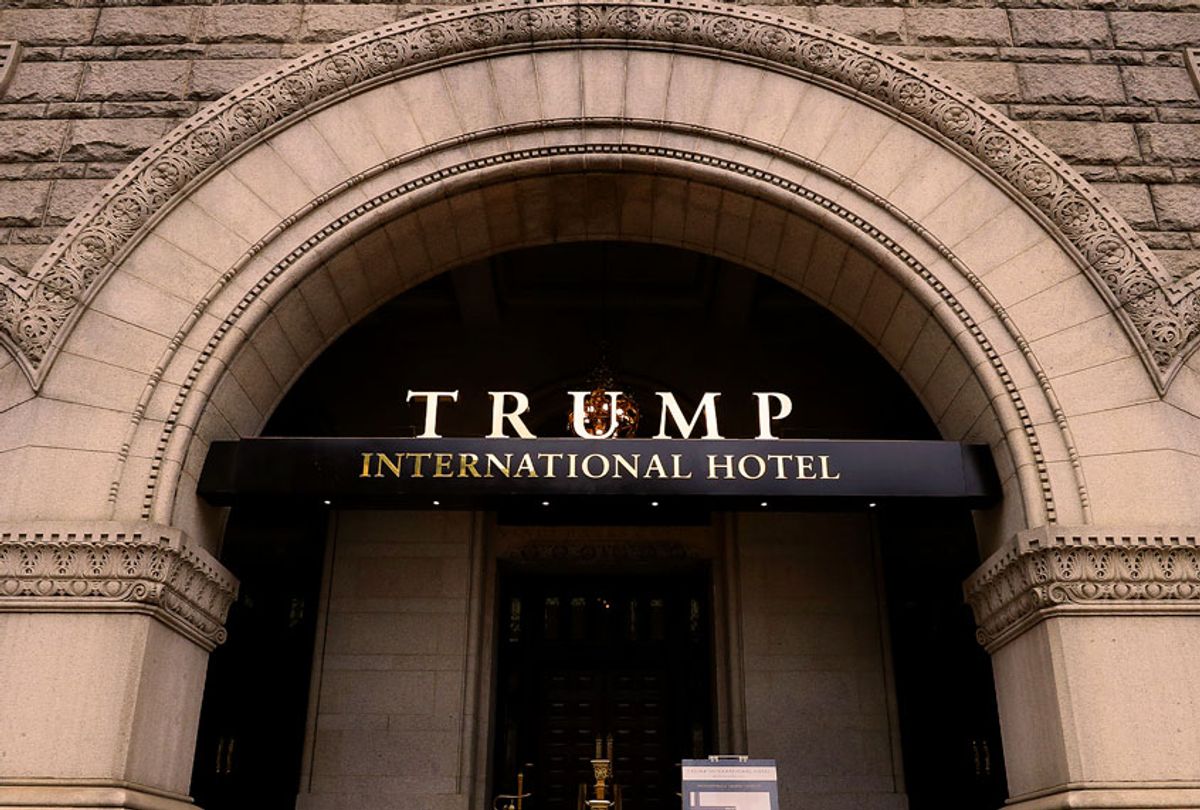 Donald Trump's Washington hotel ran up more than $70 million in debts, all the while claiming that the property was raking in millions, according to a series of bombshell documents released by the House Oversight Committee.

According to Maloney and Rep. Gerald E. Connolly, D-Va., who released a joint press release on Friday, the Trump International Hotel publicly reported a total income of more than $156 million from 2016 to 2020. But in that same period, the hotel quietly hemorrhaged millions, prompting Trump to take out a $27 million loan from one of his own holding companies, DJT Holdings LLC. Less than $3 million of that loan was ever repaid.

"By filing these misleading public disclosures, President Trump grossly exaggerated the financial health of the Trump Hotel," said the committee, which added in a subsequent letter to the General Services Administration (GSA) that the findings warrant more federal scrutiny.

The committee further alleges that Trump collected $3.7 million from foreign governments and received "preferential treatment" from Deutsche Bank, which allowed Trump to defer payments on a $170 million six-year loan, according to The Washington Post.

In the past, Trump has been accused of violating the foreign emoluments clause for hosting various foreign leaders at the hotel without congressional approval – but the former president has successfully batted away these accusations.

The newly unveiled documents are by far the clearest accounting of the Trump hotel's financial struggles, which investigators have failed to fully ascertain, largely due to aggressive pushback from the former president's legal team.

"For too long, the president has used his complex network of business holdings to hide the truth about his finances," Maloney said. "The committee will continue to vigorously pursue its investigation until the full truth comes to light so that Congress can address the unresolved ethics crisis left by Trump and prevent future presidents from profiting off of the presidency."

The House Oversight Committee has investigated the GSA's management of the Trump hotel's lease for years, according to CNN. Back in 2019, the agency's inspector general said that the GSA "ignored the Constitution" when it came into the job.

Now, Maloney and Connolly are arguing that newly unveiled documents question the "agency's ability to manage the former President's conflicts of interest during his term in office when he was effectively on both sides of the contract, as landlord and tenant."

Trump and his legal team have repeatedly called any investigations into his finances "politically motivated," saying that they amount to harassment campaigns designed to dismantle Trump's financial prowess and tarnish his reputation.