"I believe the truth still matters to real people and certainly the men and women of the U.S. Capitol Police" 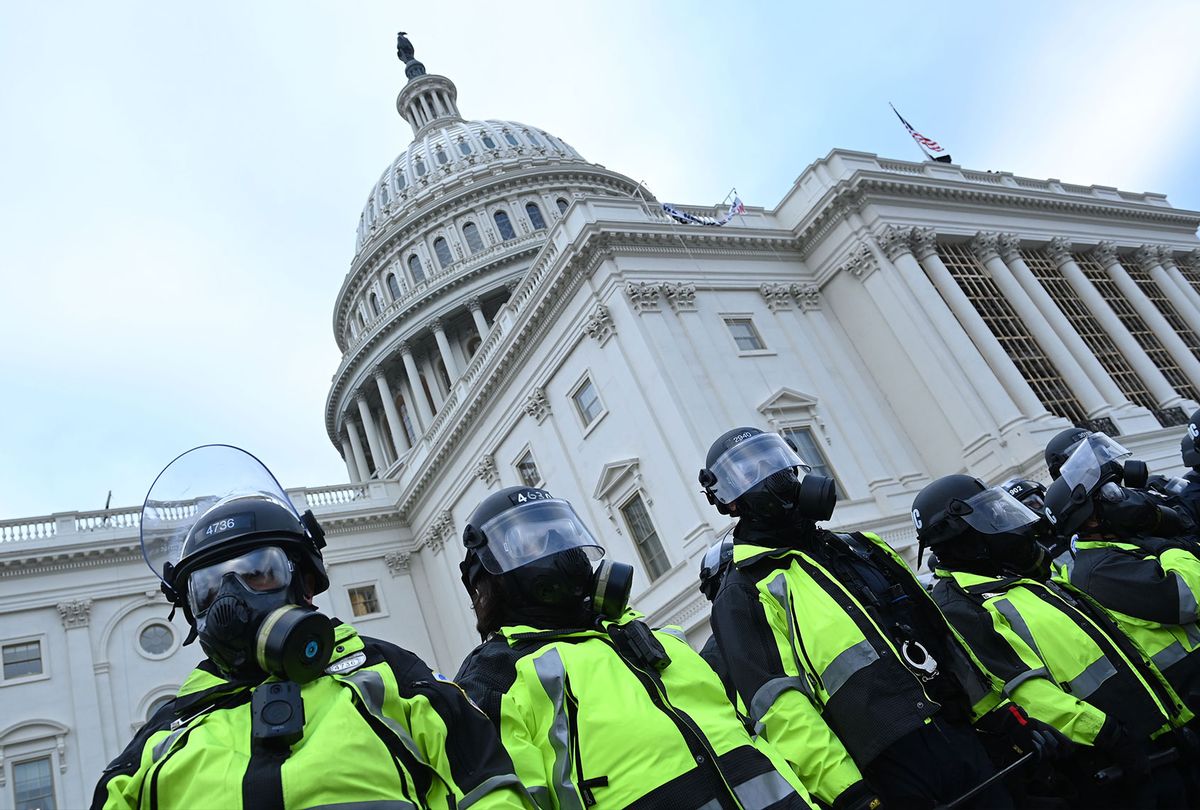 Police stand as supporters of US President Donald Trump protest outside the US Capitol on January 6, 2021, in Washington, DC. (BRENDAN SMIALOWSKI/AFP via Getty Images)
--

A whistleblower who is a former high-ranking Capitol Police official has accused two of its senior leaders of mishandling evidence and failing to respond properly to the riot at the U.S. Capitol on Jan. 6, Politico reports.

The whistleblower, who has asked to remain anonymous, left the force months after the riot. In his letter, he makes explosive allegations against Sean Gallagher, the Capitol Police's acting chief of uniformed operations, and Yogananda Pittman, its assistant chief of police for protective and intelligence operations.

"The whistleblower accuses Gallagher and Pittman of deliberately choosing not to help officers under attack on Jan. 6 and alleges that Pittman lied to Congress about an intelligence report Capitol Police received before that day's riot. After a lengthy career in the department, the whistleblower was a senior official on duty on Jan. 6," POLITICO reports. "The whistleblower's criticism went beyond Capitol Police leaders to Congress. Without naming specific lawmakers, his letter accuses congressional leaders of having 'purposefully failed' to tell the truth about the department's failures."

In the letter, the whistleblower wrote that the truth "may be valued less than politics by many members of the congressional community to include those that have made decisions about the leadership of the USCP post January 6th, but I believe the truth still matters to real people and certainly the men and women of the U.S. Capitol Police."

Read the full report over at Politico.