A brief history of Canadian Thanksgiving

And what we can learn from our neighbors up north 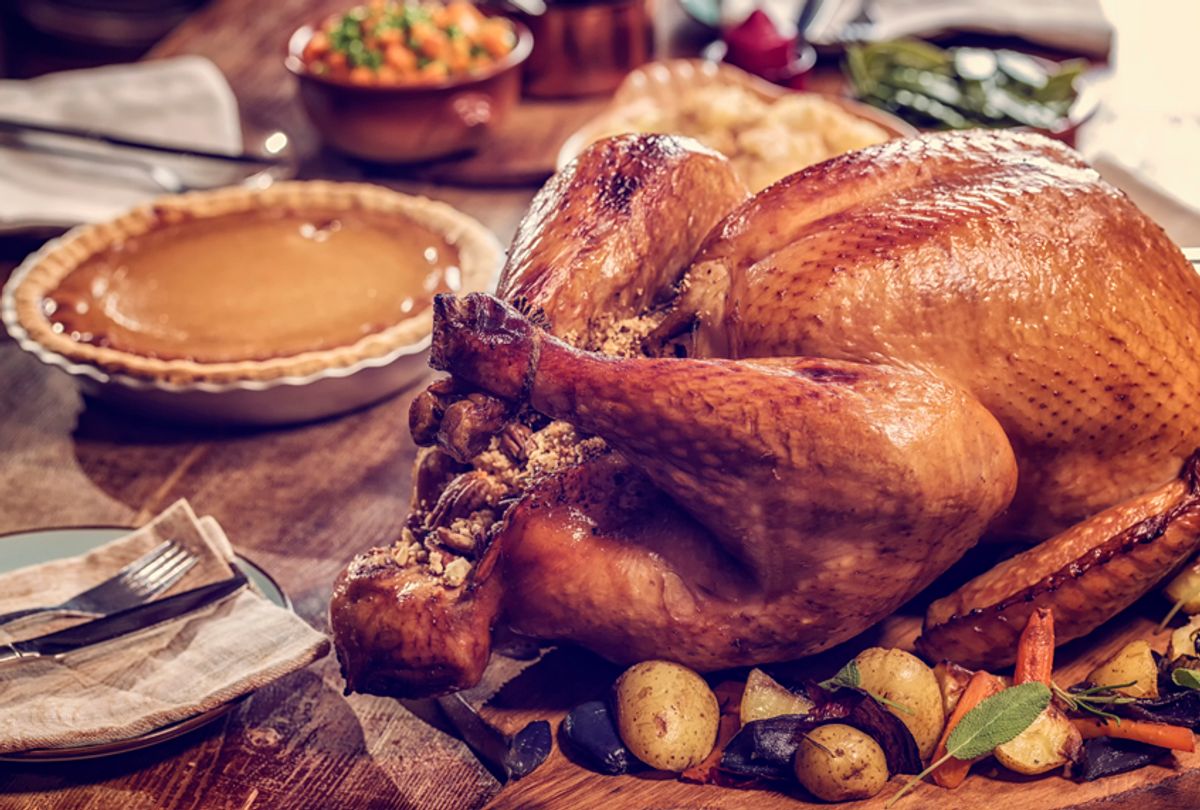 With the distinctive fragrance of pumpkin spice hanging in the air, many have begun rhapsodizing over the fourth Thursday in November . . . aka Thanksgiving! As a pie baker tasked with the orchestration and execution of hundreds of pies (over 700 last year), Thanksgiving is a holiday I love on a personal level, yet struggle with professionally. Staring down stacks of needy pie plates clamoring for attention, I find myself instead preoccupied, almost giddy, with anticipation of the second Monday in October, which is Canadian Thanksgiving. In 2021, Canadian Thanksgiving will fall on Monday, Oct. 11 (also known as Annie and Hallie's birthday in "The Parent Trap," but I digress).

American Thanksgiving conjures images of ginormous turkey legs and cornucopias spilling with grapes, gourds, and multi-colored corn. There are mashed potatoes and creamed corn and green bean casserole and dinner rolls and stuffing (so. much. stuffing). We envision Pilgrims sporting tall black hats adorned with gold buckles. Synonymous with our holiday are cranberry stains on starched white linen tablecloths and long lines snaking around Best Buy just shy of midnight.

Not so, a little further north. So what is Canadian Thanksgiving anyway? How is it different from what Americans have come to know and celebrate as Thanksgiving?

What is Canadian Thanksgiving?

Understanding Canadian Thanksgiving is also learning what it's not. Retiring to one's favorite recliner or deep sofa to sleep off an excess of tryptophan-laden turkey is not so much the Canadian norm. There are no high school football games, no marching bands, no turkey trots or parades, and no Santa Claus waving at our northern neighbors from a giant sleigh gliding down Fifth Avenue in Manhattan. A more traditional Canadian Thanksgiving might be taking advantage of the mild October weather against a backdrop of vibrant foliage. Canadians are apt to don their sensible down vests and Hudson Bay–inspired scarves for an extended jaunt outdoors. Thanksgiving weekend is quite possibly the last of the pleasant weather in Canada before the onslaught of frigid temps.

What is the story behind Canadian Thanksgiving?

Granted, the early years of Canadian Thanksgiving were a little Plymouth Rock–y. In 1578, English explorer Martin Frobisher hosted the first Thanksgiving celebration in North America. Following a dicey journey through the Northwest Passage, Frobisher and his fellow explorers had plenty of reason to be thankful: making it alive. In the years following, folks took their time getting acquainted with the holiday, celebrating it casually and sporadically in the 17th and 18th centuries. But back then, it was more a day of reflection, appreciating the blessings bestowed upon themselves and their country.

Interestingly enough, Thanksgiving wasn't celebrated nationally in Canada until 1879. For a while, Canada attempted a two-for-one approach to the festivities, combining it with Armistice Day. The mash-up of the two holidays was embraced with tepid enthusiasm at best. It wasn't until 1957 that the governor general of Canada issued a proclamation declaring a "Day of General Thanksgiving" to be observed on the second Monday in October.

Is Canadian Thanksgiving a holiday?

Even more curious is that Canadian Thanksgiving is celebrated nationally, but can be legislated at the provincial and territorial levels. In Newfoundland, New Brunswick, Nova Scotia, and Prince Edward Island, Turkey Day is optional. Those who work the holiday are generously compensated; not only do they enjoy monetary overtime, their stay-at-home co-workers often provide a bounty of Thanksgiving leftovers as well. Which begs the question: What's on the Canadian Thanksgiving menu?

Canadians have their eye on our November holiday when they gather around their Thanksgiving dinner tables. Their dinner menu is not so different from what we've come to know here in the U.S. as a "traditional" Thanksgiving feast. Odds are good that a butter-basted, overstuffed turkey will take center stage. In some homes, ham is the preferred protein; in others, tourtière, a Canadian pastry pie filled with meat and potatoes. Yams or mashed potatoes will cozy up to a gravy boat filled to the brim, and vegetables will run the gamut from simple greens to elaborate gratins. Like their neighbors to the south, Canadians plan their Thanksgiving menu with a nod toward leftovers. Dessert generally features a pumpkin pie and possibly a maple-kissed butter tart. While you most likely won't find sweet potatoes covered in marshmallows, you can count on there being lots of diced Canadian bacon sprinkled throughout a few staple side dishes.

Most surprisingly — and what I consider a stroke of genius — Canadians believe you can enjoy your Thanksgiving meal any day of the three-day weekend, providing a little wiggle room (always a good thing when assembling friends and relations).

Does this mean there's no football?

Is it really Thanksgiving if there isn't a member of your family screaming at the TV to "catch the ball, you idiot?" Apparently not. Some Thanksgiving traditions are shared across the U.S.–Canadian border. After the last smidgen of pumpkin pie is consumed, many Canadians will be so inclined to watch a little football. The Thanksgiving Day Classic, a doubleheader, is hosted by the Canadian Football League and aired nationwide. A mass exodus from the dinner table with credit cards in hand and a shopping mall programmed on the GPS is, however, rare.

What about Black Friday?

As soon as the turkey leftovers are tucked away in the fridge, the holiday shopping commences. In recent years, retail stores have opened as early at 6 p.m. on Thanksgiving Day for doorbuster deals on televisions and Instant Pots and AirPods. But there's no Black Friday in October, no Canadian version of the mad rush to big box stores. And for Canadians, that's OK.

Black Friday shopping is far less popular in Canada. With Thanksgiving falling on a Monday at the tail end of a long weekend — not to mention that Canadians have to return to work the next day — Canada's biggest shopping day mirrors that of the U.K., the day after Christmas (aka Boxing Day). Retailers in Canada offer huge sales and open early on Boxing Day, which provides the perfect opportunity to return all of those less-than-desired holiday gifts back to the store in late December, freeing up the three-day Canadian Thanksgiving weekend for more important things, like stuffing oneself with butter tarts.

From where I stand, armed with a mountain of pie shells fighting for freezer space, the most fascinating aspect of Canadian Thanksgiving is the casualness of it all. There's plenty of gathering and celebrating, but it is not uncommon for people to stay local. The craziness of travel by air/car/train/bus that we associate with Thanksgiving in States is toned down several notches. This year, with more of my family members situated in Canada than in my neck of the woods, I will be traveling north to ease into the holiday in Toronto.

For the butter tarts: