The panel has set its eyes on Jeffrey Rosen, who reportedly beat back Trump's attempted weaponization of the DOJ 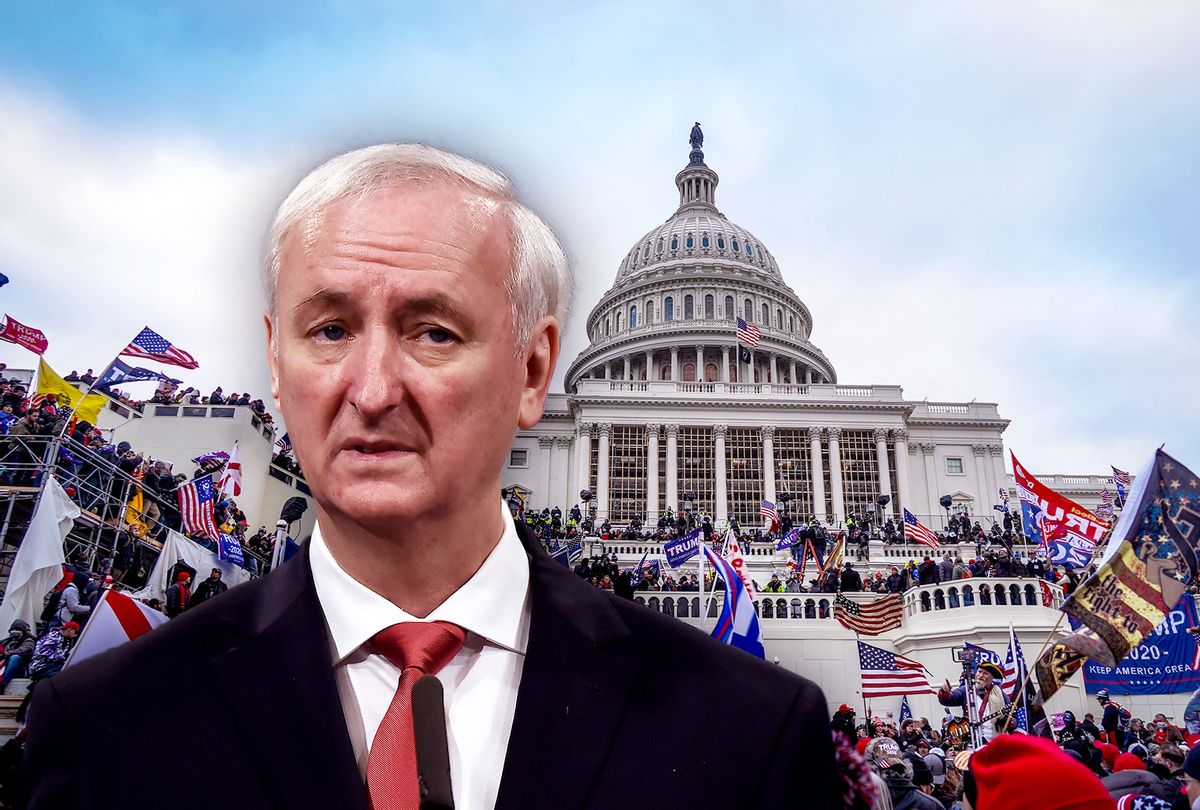 Jeffrey Rosen, the former acting attorney general under Donald Trump, reportedly appeared before the House committee investigating the Jan. 6 Capitol riot on Wednesday to answer questions about his apparent role in beating back the former president's failed bid to overturn the 2020 election.

Rosen, who headed the Department of Justice during the final weeks of Trump's presidency, reportedly played a key role in thwarting Trump and his allies from weaponizing the agency to their own advantage in the aftermath of Trump's loss.

He is the second DOJ official, just after his own former deputy, Richard Donoghue, to be questioned by the panel.

Back in August, The New York Times reported on a number of Trump's plans to wrest control of the agency, either by enlisting the support of Rosen or ousting him altogether.

Throughout December, the former president worked with Jeffrey Clark, an attorney in the department's civil division, to legitimize the notion that the 2020 election war was marred by widespread fraud. Trump asked Clark, for instance, to pressure Rosen to send a letter to Georgia's leadership asking that the state's legislature look into Trump's election conspiracies. The letter falsely alleged that the Department of Justice was taking such conspiracies seriously.

When Rosen refused to send the missive, Trump apparently conspired to replace Rosen with Clark, thinking that the latter would be far more sympathetic to his effort to overturn the election. At one point Trump reportedly sat Rosen and Clark next to each other in the Oval Office – in an "The Apprentice"-like fashion – and asked to make a case for themselves as to why they should helm the agency. Facing the threat of mass resignations from the DOJ's top leadership in the case of Rosen's ouster, Trump ultimately abandoned the plan.

Clark is expected to be subpoenaed by the select committee as early as Wednesday, according to a Politico report.

Rosen's slated appearance comes amid similar revelations stemming from the Senate Judiciary Committee, which last week released a report culminating a 9-month investigation into the above schemes.

"President Trump's efforts to enlist DOJ and its leadership in his efforts to overturn the results of the 2020 presidential election were aided by numerous allies with clear ties to the 'Stop the Steal' movement and the January 6 insurrection," the Senate report stated.

Trump and his allies in Congress, the report added, "could effectively position themselves to overturn the presidential election results with cover from DOJ, asking DOJ to 'just say the election was corrupt and leave the rest to me and the [Republican] Congressmen.'"

Trump has instructed all of his former aides to resist the subpoenas, casting doubt over whether any of them will be questioned. Democrats, meanwhile, have been strident in their threats to punish the group for non-compliance.

"We are completely of one mind that if people refuse to respond to questions without justification that we will hold them in criminal contempt and refer them to the Justice Department," Rep. Adam B. Schiff, D-Calif., a member of the Jan. 6 panel, said in a Tuesday interview with The Washington Post.

Rep. Stephanie Murphy, D-Fla., another member of the select committee, likewise called for fines and jail time for anyone that resisted the subpoenas — even threatening to deploy law enforcement if necessary.