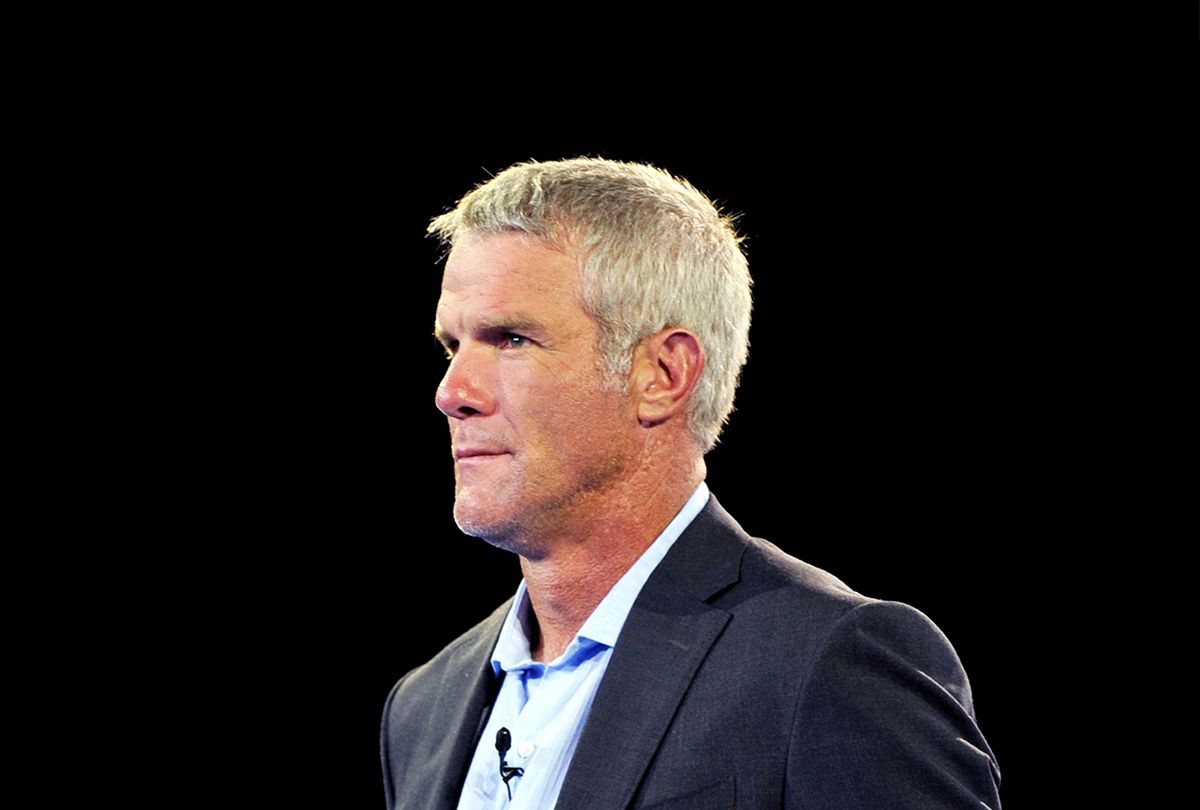 NFL star Brett Favre may face a civil lawsuit if he fails to repay a $828,000 welfare provision he illegally collected from the Mississippi government, said Mississippi Auditor Shad White.

Favre is just one of the many recipients that has over the past several years received millions of dollars as part of the state's botched use of the Temporary Assistance for Needy Families (TANF), a federal aid program designed to help needy families become self-sufficient.

The state has since charged Mississippi Department of Human Services director John Davis with embezzlement for his role in allowing $77 million in TANF funds to be misspent, Mississippi Today reported. The majority of the misspending was reportedly conducted through various non-profit organizations, which are now being scrutinized by state auditors.

Back in 2017 and 2018, Favre, a Mississippi native, reportedly received $1.1 million from two state non-profits for speaking engagements in which the former Green Bay Packers quarterback did not actually show up, according to state authorities. "Upon a cursory review of those dates, auditors were able to determine that the individual contracted did not speak nor was he present for those events," a report by White read.

Favre, who has not been formally accused of any crime, has claimed that he was present for the engagements and that he was unaware of the money's original source.

By May of last year, White said that the football star had already returned $500,000 and agreed to pay the remainder in installments.

"I have never received monies for obligations I didn't meet. To reiterate Auditors White's statement, I was unaware that the money being dispersed was paid for out of funds not intended for that purpose, and because of that I am refunding the full amount back to Mississippi," the football star echoed in a tweet last year.

But in a Thursday letter, White said that Favre will be subject to a lawsuit if he waits any longer than thirty days to repay the state $828,000 – a figure that represents the leftover $600,000 plus interest from earlier years.

"After the initial media dustup, he stroked a check for $500 grand and gave a commitment, a voluntary commitment, to repay the rest in the coming months," Logan Reeves, a spokesman for White, told AP News. "And then, that didn't happen."

Favre is not the only athlete who has been asked to repay money illegally allotted as part of the state's sweeping embezzlement scheme.

The Mississippi auditor also expects Ted DiBiase Jr., a former WWE wrestler, to recompense the state with $3.9 million in speaking fees, plus interest, according to Mississippi Today. DiBiase's father, Ted DiBiase Sr., is likewise on the hook for $722,299 that his Christian ministry received.