The economic cost of Republican tantrums: GOP customers are chasing workers out of their jobs 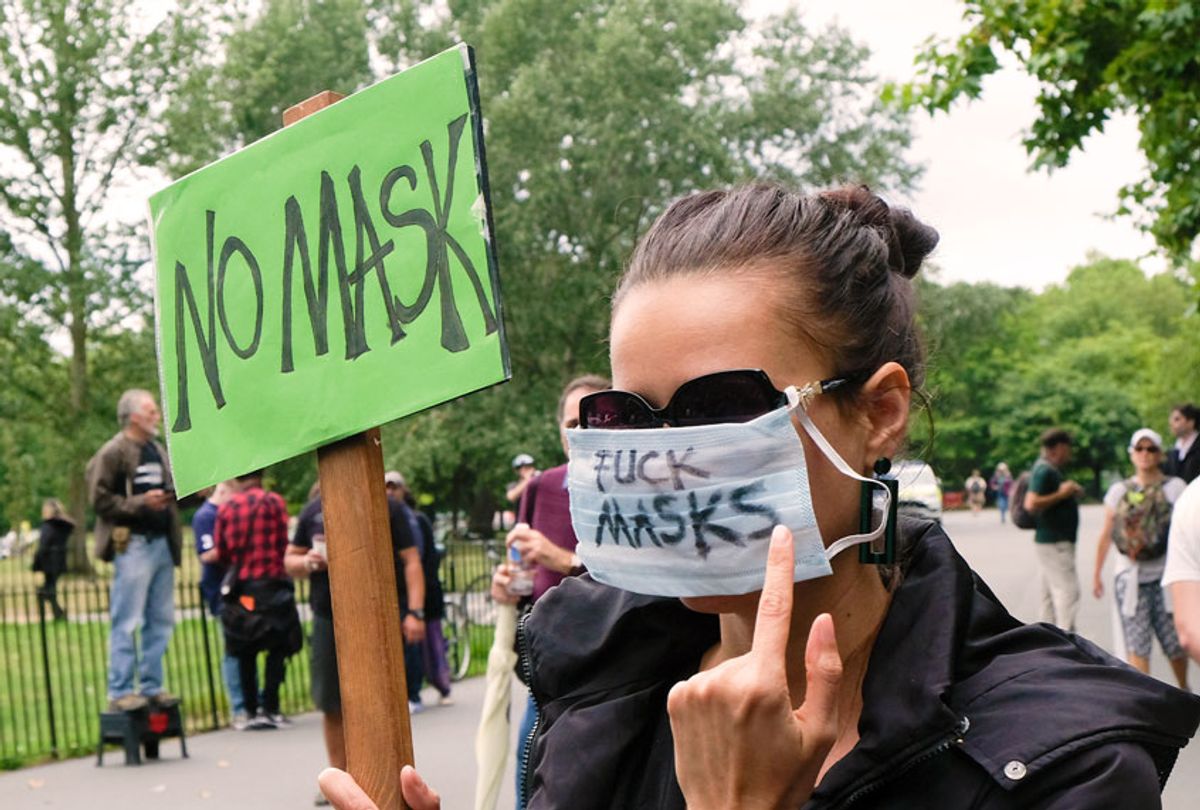 The modern conservative movement that grew out of the Goldwater campaign in 1964 understood that the country was changing and that they could benefit from the cultural backlash that ensued. But they always knew they were playing with fire with their appeals to white nationalism and southern Lost Cause mythology as well _ they just thought they could control it. For a long time, they managed to more or less keep a lid on their crazies.

By the time George W. Bush ran in 2000, the GOP establishment had largely outsourced their coarsest rhetoric to the hugely popular talk radio and congressional showboaters so they could run the presidential campaign as "compassionate conservatives" and pretend that their base wasn't anything but either. They knew they were barely keeping the extremist genie in the bottle but they just stayed with the program. If all those years had taught them anything, it was that the Republican base was active and engaged when they were angry and resentful. But with the new media coming into its own and the radical right-wing feeling their power, it was only a matter of time before the base took things into their own hands.

The election of the first Black president broke it all wide open. And when that wild genie burst out of the bottle, the establishment pretty much gave up the ghost.

Backed by wealthy fanatics, the grassroots of the party grew more extreme, engaging in conspiracy theories and gobbling up radical propaganda, egged on by backbenchers in the congress who joined the movement (or cynically exploited it.) Most GOP elected officials knew the Tea Party was nonsense and that the anti-immigration militia groups were fools and that the right-wing media was becoming unhinged. But they had lost control. Donald Trump just hopped on board the crazy train as it pulled out of the station.

There's no need to recite all the ways in which Trump made everything worse. We've all lived it. But it's important to remember that it was preordained that at some point this strategy of always feeding their voters just enough red meat to keep them interested but never delivering on their implicit promise to redress their grievances would end badly. And so it has.

The most obvious example is the January 6th insurrection but there is so much more going on. From the moment armed militants stormed state capitols to protest lockdowns and mask-wearing during the early months of the pandemic, members of the Republican base have been acting like a bunch of thugs, threatening politicians, non-partisan election officials, health care workers, airline employees, parents, teachers, store clerks, waiters and anyone else they come in contact with who follow the pandemic protocols. They are threatening school board members over mask-wearing, vaccine mandates, and the teaching of critical race theory (which they aren't actually teaching.) This report from a school board official is representative of many such incidents:

Are all of these protests coming from Republican voters? No. But the Republican Party is the only institution that's profiting from them. And it couldn't be more cynical.

There has been some disagreement as to whether or not Republicans are consciously pushing vaccine and mask refusal among their followers. I think Crooked Media's Brian Beutler set forth a convincing argument that they are. He asks if the anti-vax Republicans would take that position if Trump had been re-elected:

I think the answer ... is self-evidently "no," and if it's no, then they are indeed spreading COVID to harm the incumbent, and to great effect. This is why the news that Biden would miss his July vaccination target was an applause line at CPAC, and Ron DeSantis is mum on vaccines, but loudly promotes monoclonal antibody therapy, and then blames Biden for not "end[ing] covid." It's why Murdoch-owned media is pro-vaccine in the United Kingdom, where the government is conservative, but is the most destructive source of vaccine disinformation here in the U.S.

There might have been a time in the past when the GOP would take an active role in suppressing such a destructive impulse among their voters, if only for fear of electoral backlash from the majority. But they can't control them so have decided to join them.

Over the years when Democrats promised to revive the economy after a Republican government ran it into the ground, as often happens, the GOP sets about sabotaging that recovery and then excoriates the Democrats for failing to live up to their promises. It's a cynical trick but falls into the realm of hardball politics. What we are seeing now with the unleashing of the right-wing beast, the economic fallout is very different.

COVID has had a profound effect on the workplace, with working from home, virtual school, etc. But throughout the pandemic, frontline workers continued to go to work, often at real risk, to keep the country going. The government stepped in and helped with the big rescue package and unemployment insurance for those who couldn't work during lockdowns and beyond. But something odd is happening now that the economy has opened back up and jobs are plentiful: a lot of people aren't going back to work or are quitting, particularly in retail and hospitality jobs.

Many of them have probably decided to try their lot in other fields or have reassessed their place in the workforce. Plenty of parents are having so much trouble finding childcare that they simply can't do it. But there is another big reason why people are quitting jobs that deal with the public: Their customers are treating them like dirt, Axios reported:

Aggressive and violent clashes between customers and service workers over COVID safety protocols over the past nearly two years have led to prison sentences, fines and deaths. Many workers say they're simply not willing to put up with the abuse any longer — and their employers are often taking their side, even in industries that have long deferred to their customers. Businesses have shut down in support of their employees. Some industries have provided self defense classes and banded together on public awareness campaigns.

This is the same problem facing health care workers, election administrators, school board members, teachers and airline employees. These thuggish consumers are chasing them out of their jobs.

And the GOP profits from this just as they profit from the anti-vax and mask protests. Creating the perception that Democrats are failing to fix the pandemic and the sluggish economy is their plan for 2022. But they might want to think about how that's going to work out for them. These folks don't like them any more than they like the Democrats. They're ready to burn down both parties and I don't think anyone's going to like what's going to take their place.

Republicans used to understand this. But they couldn't help themselves and they let that genie get bigger and bigger until it just exploded out of its bottle. Now they can't put it back in  --- and I'm not sure they want to.