Ron Watkins, who many speculate might be QAnon, eyes congressional run in Arizona 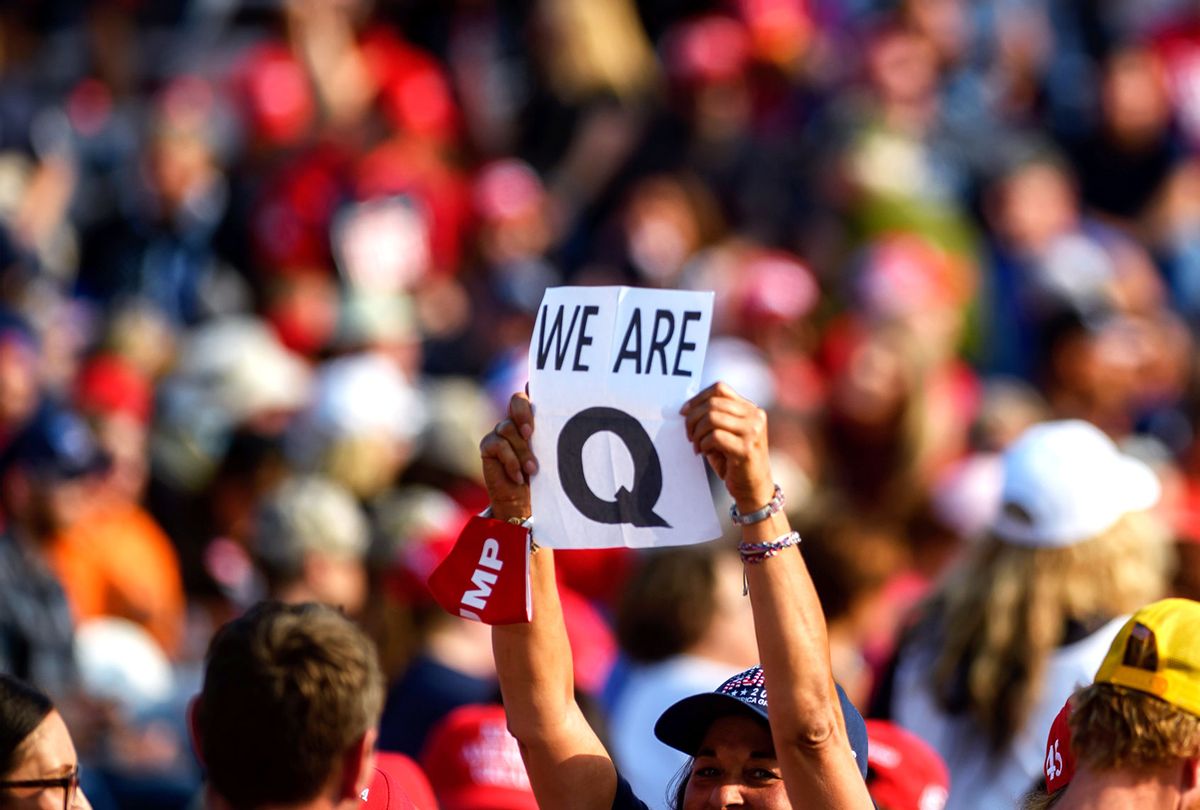 This story has been updated to include comments from a representative for Ron Watkins.

It appears that former 8chan administrator and QAnon mega-celebrity Ron Watkins is considering a run for Congress in Arizona.

Watkins, who many believe may be the source of the conspiracy theory after he appeared to out himself as Q to the documentary filmmaker Cullen Hoback earlier this year, apparently filed a "statement of interest" form Wednesday with the Arizona Secretary of State to run as a Republican in the state's first Congressional District, which would pit him against Democratic Rep. Tom O'Halleran.

The paperwork, first reported by VICE News, marks the first public step toward mounting a campaign — the next is collecting enough signatures to qualify for a spot on next year's ballot.

Tony Teora, a volunteer helping Watkins prep his campaign (and whose number was listed on the state interest form), confirmed to Salon that Watkins is indeed laying the groundwork for a Congressional run — and said that Watkins chose Arizona because he spent a portion of his childhood there while his father, who was in the Army at the time, was stationed in the state.

Also high on the list of reasons Watkins chose Arizona? His recent involvement with an election "audit" in Maricopa County, championed by GOP officials in the state who have spent months repeating Trump's baseless claims of widespread election fraud.

When the audit was all said and done, Republican leaders actually found that President Joe Biden had won by 99 votes more than had originally been counted — and that there were no systemic errors or election fraud to speak of.

The decision for one of QAnon's biggest stars to explore a run for federal office showcases just how deep the conspiracy theory has embedded itself in Republican politics, and should the campaign continue it will prove an important litmus test for the future of the party.

Watkins already appears to be putting in some shoe leather in the state, and was seen mingling this week with other MAGA candidates and right-wing celebrities. This includes a now-viral photo with Trump-endorsed Arizona gubernatorial candidate Kari Lake, a former TV anchor who has embraced a wide swath of right-wing conspiracies, including Trump's Big Lie.

Before developing an interest in Arizona politics, Watkins served for several years as the administrator of 8kun — previously known as 8chan — where the original QAnon began posting cryptic missives after migrating over from 4chan. Q, of course, claimed to be an anonymous, high-ranking member of the Trump Administration with access to highly classified intelligence.

After several security breaches in which Q's account was apparently hacked, many speculate Watson may have taken over the account — a theory that was bolstered by Watkins' apparent slip-up during an interview for a documentary made by Hoback for HBO called "Q Into the Storm."

In speaking about his newfound fame and fortune as a champion of Donald Trump's baseless claims of election fraud, Watkins said: "It was basically three years of intelligence training, teaching normies how to do intelligence work. It was basically what I was doing anonymously before."

He quickly tried to correct himself, but it appeared the damage had already been done: "...but never as Q. Never as Q, I promise."

For his part, Teora tells Salon that Watkins doesn't even believe that QAnon is a real phenomenon — instead saying that it is a media exaggeration meant to diminish Donald Trump and his movement.

"[Watkins] has said emphatically numerous times that he isn't Q," Teora said. "He doesn't consider himself a part of QAnon, in fact he's told me he doesn't even believe there is a QAnon."

"To whatever extent it does exist, he would say that it's largely a construct of the fake news media."

Watkins recently moved to Arizona in preparation for his campaign, he told Salon in a late-night email Thursday. He previously lived with his father, 8kun owner Jim Watkins, in the Philippines, and then briefly moved to Japan, according to VICE News.

CORRECTION: This story has been updated to reflect that Watkins recently moved to Arizona and currently resides there. He no longer lives abroad.