HBO's QAnon series "Q: Into the Storm" is a bewildering attempt to decode a super-conspiracy

Cullen Hoback's six-part look at the QAnon conspiracy explains everything, all at once, and remains perplexing 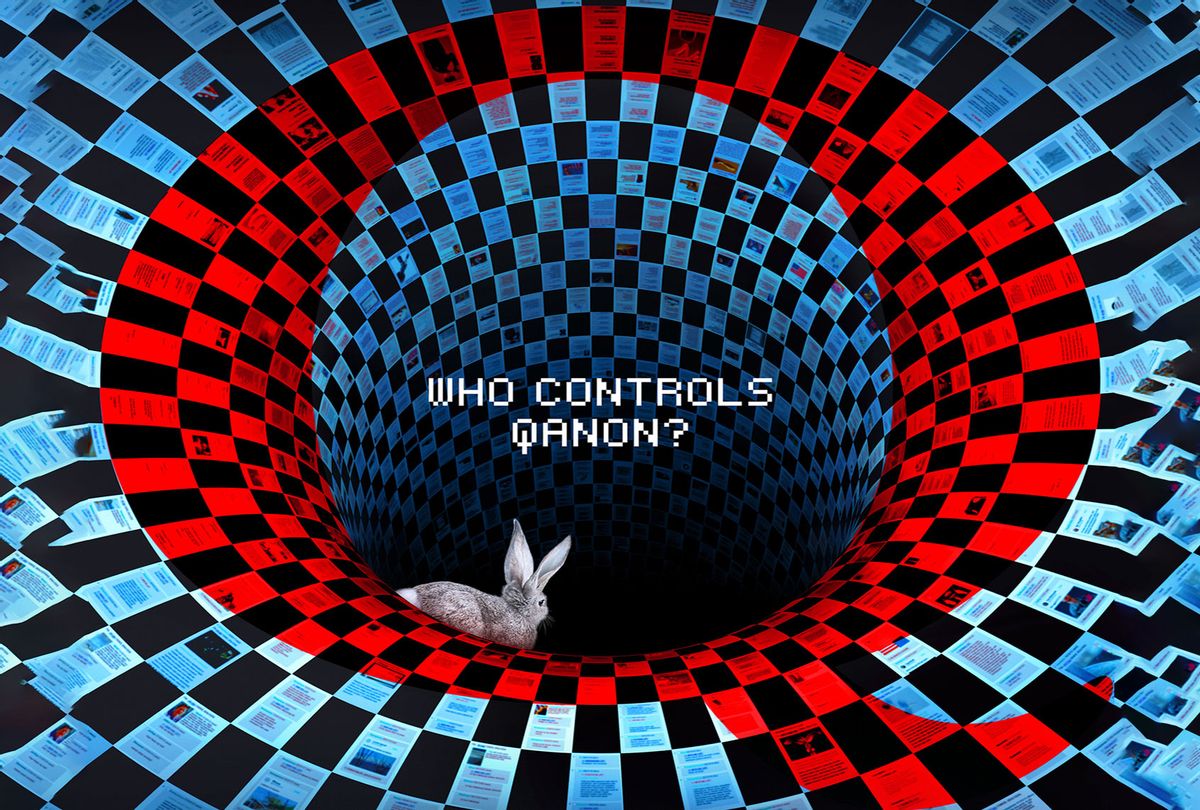 Perhaps you're familiar with TV idiom "the crazy wall." Watch any detective drama for a while and you'll encounter one. The phrase describes a large vertical board kept out of sight by a dogged protagonist or freakish suspect who knows exactly what it says about them. Said board or wall is festooned with newspaper clippings, photos, maps, and Post-It Notes with random words like "PROOF???" written on them.

What makes a crazy wall crazy as opposed to an art installation is the tangle of yarn, push pins and creative thinking connecting everything together.

Long story short, Cullen Hoback's docuseries "Q: Into the Storm" is a crazy wall realized as a six-episode HBO Max docuseries. Any extended dive into the world of QAnon probably needs to be in order to understand how this mutating, supersized conspiracy theory infecting mainstream culture to an alarming degree came to be. Hoback traipses down several key timelines in the modern Internet's history and the rise of troll culture as he begins to explain it: What starts with the comedy meme site Something Awful in the late '90s morphs into the Anonymous hacktivist collective, Gamergate, the incel movement and Pizzagate.

All of it was the runway to 2017 when a mysterious user going by the handle "Q Clearance Patriot" began dropping strange riddles on 4chan and claiming Donald Trump to be a messianic figure. In the world according to Q, Trump is the only thing preventing a deep state run by infanticidal cannibalistic Democrats from ruining the world. This story may have started as an especially loony version of live action role play, or LARPing. Now there are likely hundreds of thousands (a very hopeful conservative estimate) who wholeheartedly believe in some QAnon lore if not all of it, including members of Congress.

Would you believe this is the part that makes absolute sense?

Adam McKay ("Succession") produces "Q: Into the Storm," which probably explains how Hoback, a nimble independent documentarian, can afford to jet to various American cities as well as Italy, Japan and the Philippines to conduct in-person interviews. He maintains a very lo-fi field shooting style, utilizing handhelds and surreptitiously filming at times even when he's asked not to.

When Hoback attempts to make some sense of the alphabet soup of Q drops, numeric tags, random Socratic questions, that's where the attention begins to wander. As the filmmaker twists this tale into rope he also introduces us to a passel of QAnon YouTube evangelists and zealots, a few of whom know one another well enough to share a bizarre sense of camaraderie.

Soon Hoback embarks on a journey to Asia to meet Jim and Ron Watkins, the father and son who run 8chan, the website that hosts Q, and Fredrick Brennan, the man who created 8chan before selling it to the Watkins. 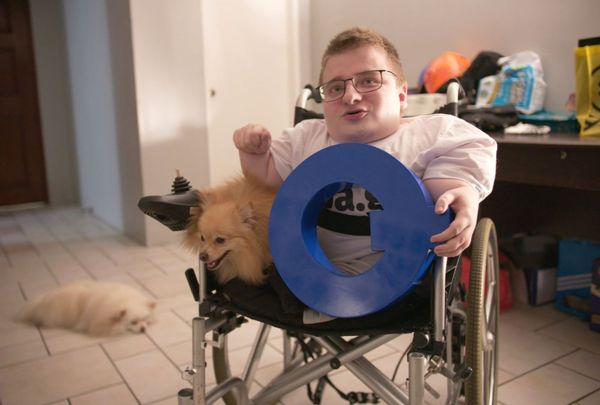 Frederick Brennan in "Q: Into the Storm" (HBO)

Brennan, who has brittle bone disease and uses a wheelchair, once worked with them but is now their bitterest adversary, and their energized rivalry soon become central to "Q: Into the Storm." The Watkins' banal lack of concern over the uncensored hate speech on the site is in stark contrast to Brennan's insistence that they shut it down, which only intensifies after a slew of violent racists incidents are traced back to 8chan.

Ironically Brennan's dedication to uncensored speech is the reason he created 8chan in the first place.

Hoback approaches his series as part educational exploration and part investigation, and what emerges is a somewhat organized wreck. "Q: Into the Storm" soaks us in a deluge of information very quickly in the first two episodes before slowing down to entertain the veracity of several larger theories about Q's identity. Included are insights from people who lived key parts of the Internet history and respected investigative reporters at respected (or: fake news) media outlets, but these are presented right alongside true Q believers.

Through it all Hoback engages in educated guesswork as Q's true identity.  Could it be Steve Bannon, or Trump's advisor Michael Flynn? Hoback pushes harder on the more believable notion that Ron or Jim Watkins may be Q. Ron, known by his 8chan handle "Codemonkey," plays upon those suspicions by claiming to have been in contact with Q while insisting he doesn't know who Q is.

The series turns more personal as the Watkins and Brennan compete for Hoback's attention and his sympathy, and at times the filmmaker seems too close to maintain any objectivity. On the other hand, as he gains Brennan's trust, Brennan divulges more and more about the inner workings of 8chan. Jim Watkins takes Hoback on strolls through his pig farm (which he says funds about 25% of the site), and Ron Watkins speaks to him from a cross-legged seated position, as if he were some dead-eyed martial arts master.

Hoback resists the urge to paint Q followers like dupes, even the ones filtering their existence through analyses of each QAnon drop, searching for meaning and signs. But "Q: Into the Storm" doesn't neglect to connect a movement they insist is heroic at best and harmless at worst with a surge in racist, anti-Semitic and Islamophobic violence and a rekindled rise in neo-Nazism.

The filmmaker nails that point by opening the series with footage of the Jan. 6 domestic terrorism attack on the United States Capitol, an inevitable result of years of conditioning people to disbelieve reality. Whether it ends by unmasking Q is probably beside the point, even if that's the obvious reason to hang with it through its messiness. Even those who are reeled in by the quirkiness of these grimy characters can't ignore the terrifying nonchalance with which they're watching society tumble into ignorance and chaos simply because they can.

"Q: Into the Storm" premeires with two back-to-back episodes Sunday, March 21 at 9 p.m. on HBO Max.