The "mystery" illnesses informed by culture 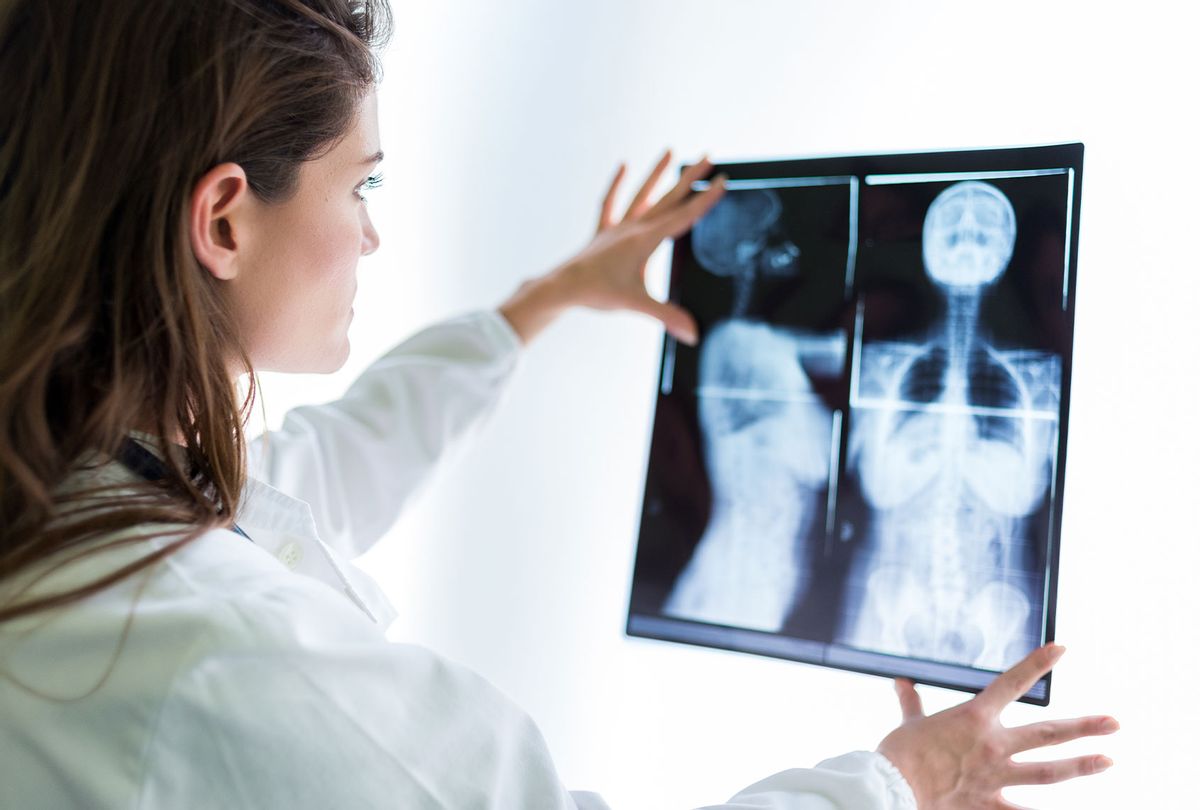 In late 2017, media reports began to appear about a real-life 9-year-old Sleeping Beauty. Sophie, an asylum seeker who lived in a small Swedish town, had slipped into something resembling a coma for more than a year. Though medical tests suggested she was healthy, she scarcely ever stirred beneath her pink blanket. A clear feeding tube snaked from her nose since she never awakened even to eat.

While her condition wasn't novel — others refugees had reported similar symptoms prior — Sophie's mysterious stasis helped launch neurologist Suzanne O'Sullivan on a book-length reporting journey. She had already spent years seeing patients with symptoms and disabilities, from convulsions to leaden limbs, for which no clear biological cause could be found.

O'Sullivan had thought of such illnesses primarily as products of the mind's effects on the body. Yet the Swedish outbreak of what doctors called "uppgivenhetssyndrom," or "resignation syndrome" in English, prompted her to consider how profoundly social and community influences guided the disease process — which explained why uppgivenhetssyndrom primarily exists in Sweden's refugee community. "That single extreme example," O'Sullivan writes, "was the reminder I needed of just how much society and culture matter in the shaping of illness."

In "The Sleeping Beauties: And Other Stories of Mystery Illness," O'Sullivan invites readers to move beyond the Western concept of disease as a failure of individual biology. She crisscrosses the globe to investigate "culture-bound" syndromes that occur mostly within specific communities. Besides uppgivenhetssyndrom, O'Sullivan delves into poorly understood conditions like "grisi siknis" — hallucinations and convulsions that occur among the Miskito people of coastal Honduras and Nicaragua — and Havana syndrome, a pattern of dizziness and hearing impairment that first appeared five years ago among foreign diplomats stationed in Cuba. But "The Sleeping Beauties" is about something more fundamental: how humans unconsciously express their struggles in physical ways those around them will understand.

Despite the phrase "mystery illness" in her book's title, O'Sullivan believes few such illnesses are as cryptic as they seem, so long as they're assessed in the right cultural context. Swedish refugees like Sophie often have traumatic histories that instill what's sometimes called learned helplessness — a sense they can do nothing about terrible events that befall them. Before escaping her home country in the former Soviet Union, Sophie saw her father taken by police and her mother beaten by men with connections to the mafia. When Sophie and other asylum seekers slipped into long stretches of unresponsiveness, O'Sullivan theorizes, they were embodying the hopelessness they felt in a way other refugee children also had, "unconsciously playing out a sick role that has entered the folklore of their small community." Culturally influenced reactions like Sophie's, O'Sullivan stresses, have nothing to do with fakery, but are very real, physical manifestations of distress.

Through the case studies she explores, O'Sullivan unpacks the complex process by which culturally influenced thought patterns and assumptions can alter behavior and even brain function itself, and how those changes, in turn, can further entrench symptoms. One of her patients, who struggled with a heavy college workload, had local doctors attribute her dizzy spells to blood pressure drops when she stood up — a verdict her family endorsed as clear evidence her illness was real. But when O'Sullivan tested the woman in her office, her blood pressure remained stable, even as she complained that her head was spinning.

She "believed that standing when she felt dizzy would inevitably lead to collapse," O'Sullivan writes. "So, when she tried to stand, her expectations overwhelmed her nervous system and fulfilled her prophecy." Likewise, among the Miskito people of Central America, the community narrative that grisi siknis causes convulsions can foster seizure-like activity in those with the condition — though with none of the brain activity associated with epileptic seizures.

Telling patients that community-driven expectations play into disease symptoms tends not to go over well, however. They feel as if doctors are telling them they're making themselves sick, so they often go to great lengths to deny their symptoms have social origins. When O'Sullivan visited Sweden, a doctor there hoped she would supply a biological explanation for uppgivenhetssyndrom, just as some of her patients clamored to be told they had a "real" disease like epilepsy. Finding "an objective change on a blood test or scan," O'Sullivan writes, "allows others to believe in the suffering." But a search for such evidence might not be necessary, she thinks, if most doctors took cultural and social drivers of illness more seriously.

"The Sleeping Beauties" makes a major contribution in highlighting the mismatch between existing medical norms — which prize discrete evidence of physical disease — and the reality that illness is a complex entity with braided social, mental, and biological components. In exploring the many cultural lenses through which sickness can be viewed, O'Sullivan prompts readers to consider not just the origins of mystery illnesses, but the way social expectations shape everyone's experiences of disease.

Someone in the United States or Europe, for instance, might believe depression arises from a serotonin imbalance that should be medicated, an assumption that's normal in the culture they inhabit. But someone in another culture might see depression as a result of life events that they can confront and alter. O'Sullivan argues that this take can be just as helpful — if not more so in some cases — because it prompts people to define themselves not as victims, but as architects of their own growth and healing. She sometimes goes too far in bemoaning the perils of Westernized diagnosis, contending that "we make sick people" with our zeal for medicalized labels. Yet there is something refreshing, almost Jungian, in her recognition that other cultures may be better at understanding struggle or pain as possible routes to broadening human potential.

Though O'Sullivan is not a reporter by training, her storytelling chops shine throughout. In each location she visits, from Sweden and Texas to a former mining town in Kazakhstan, she patiently builds trust with families to understand what caused specific social contagions. She channels communities' desperation as they grasp for answers, however unlikely. After a surge of Tourette-like tics among teens in Le Roy, New York, she writes, "somebody told reporters that, when the Jell-O factory was open, the creek that ran through the town used to change color according to the flavor being manufactured on any given day. Who knew what toxins had been left behind?"

She relays tense exchanges with a cinematic eye, as when she pushes back against the patient who's convinced that her frequent blank spells mean she has epilepsy. And her descriptions of a young Swedish patient in prolonged sleep are both lyrical and chilling: "She looked serene, like the princess who had eaten the poisoned apple."

To this day, some Swedish refugee children remain victims of uppgivenhetssyndrom — living reminders that we have a long way to go in untangling the complex snarl of factors that create illness. Yet as their families settle into new, safe surroundings, many of the children recover, emerging from their slumber months later to re-engage with their families and communities. "The Sleeping Beauties" makes the passionate case that embracing more inclusive definitions of disease — addressing its psychological and social causes with as much rigor as its physical ones — can help mystery illness sufferers reconnect with the world.

Elizabeth Svoboda is a science writer based in San Jose, California. Her most recent book for children is "The Life Heroic."