"I'm not into golden showers," Trump said at a National Republican Senatorial Committee retreat on Thursday 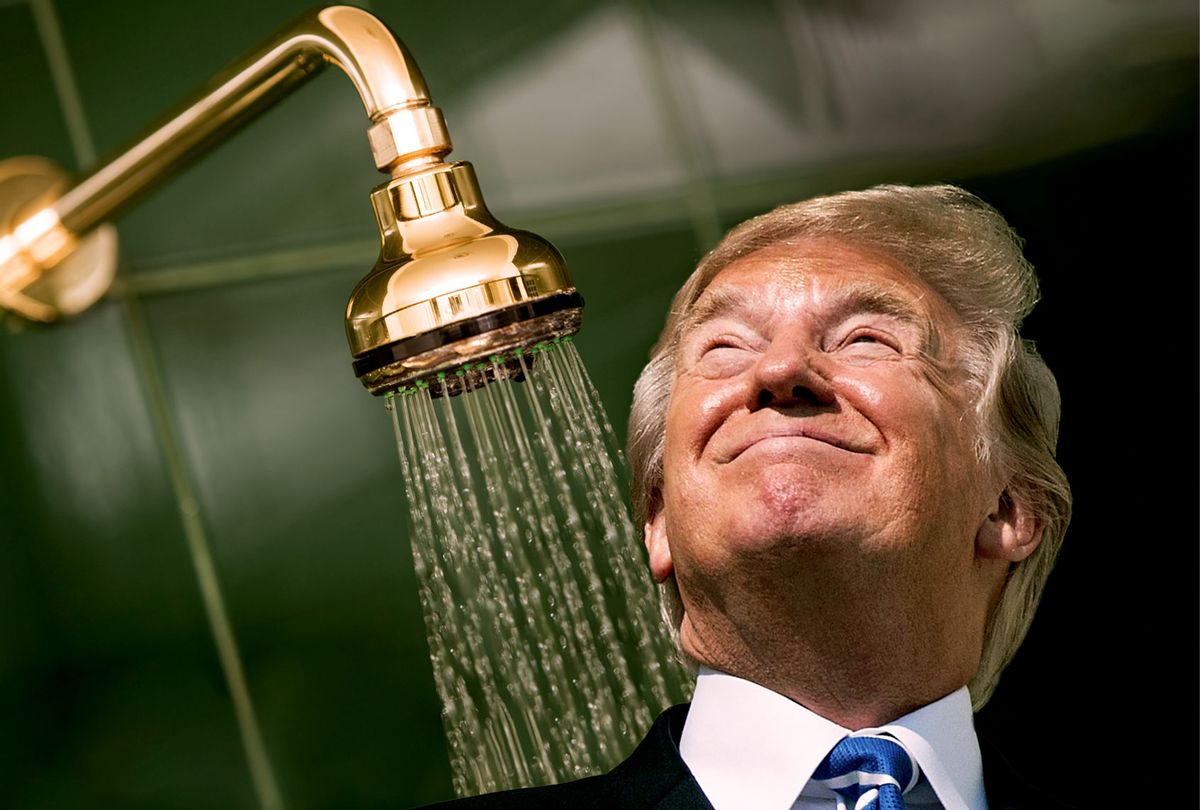 Donald Trump denied ever enjoying "golden showers" during a posh Thursday event with Republican donors, defending himself against years-old allegations that he hired two Moscow prostitutes to urinate on a bed together.

"I'm not into golden showers," Trump said at a National Republican Senatorial Committee (NRSC) retreat, which hosted sitting senators. "You know the great thing, our great first lady – 'That one,' she said, 'I don't believe that one.'"

Trump's remarks, first reported by The Washington Post, are a clear reference to allegations first floated in 2016 when British spy Christopher Steele released a dossier probing Trump's alleged collusion with Russia to undermine Hillary Clinton's candidacy in the 2016 election. Steele's dossier reportedly contained a video – now colloquially known as the "pee tape" – that shows Trump instructing two prostitutes at Moscow's Ritz-Carlton Hotel to urinate on a bed that President Obama had previously slept on. The video was allegedly taped as part of surveillance done by FSB, Russia's main state security agency, and had been lightly corroborated by a number of Steele's sources who had second-hand knowledge of the dossier, according to The New Yorker.

Ex-FBI Director James Comey, who in 2017 testified about the Trump campaign's alleged relationship with Russia, wrote in his book that the former president was fixated on the rumor, dead set on dispelling it from the national discourse.

"I'm a germaphobe," Trump reportedly told Comey, per the book. "There's no way I would let people pee on each other around me. No way."

In 2018, Comey told ABC News back that he couldn't be sure whether the rumor was true. "I honestly never thought these words would come out of my mouth, but I don't know whether the current President of the United States was with prostitutes peeing on each other in Moscow in 2013," the ex-FBI director said. "It's possible, but I don't know."

Besides dredging up old rumors unprompted, Trump reportedly cast himself as the "GOP's savior" during Thursday's event, stressing that he has held the party together over the past several years. "It was a dying party, I'll be honest," he said, according to the Post. "Now we have a very lively party."

The former president also castigated a number of his Republican detractors, including Sens. Mitt Romney, R-Utah, and Ben Sasse, R-Neb, stressing that the party needs to "stick together" rather than splinter off into pro and anti-Trump factions.

Later, Trump reportedly reiterated his equally baseless conspiracy that the 2020 presidential election was "stolen" by President Biden, telling the crowd that Democrats "cheat like hell."

"It's a terrible thing what they did in Georgia and other states," he said. "You look at Texas, you look at a lot of states — they are correcting all the ways we were all abused over the last election ... last two elections if you think about it."

There continues to be no significant evidence that the 2020 election was marred by outcome-altering fraud.