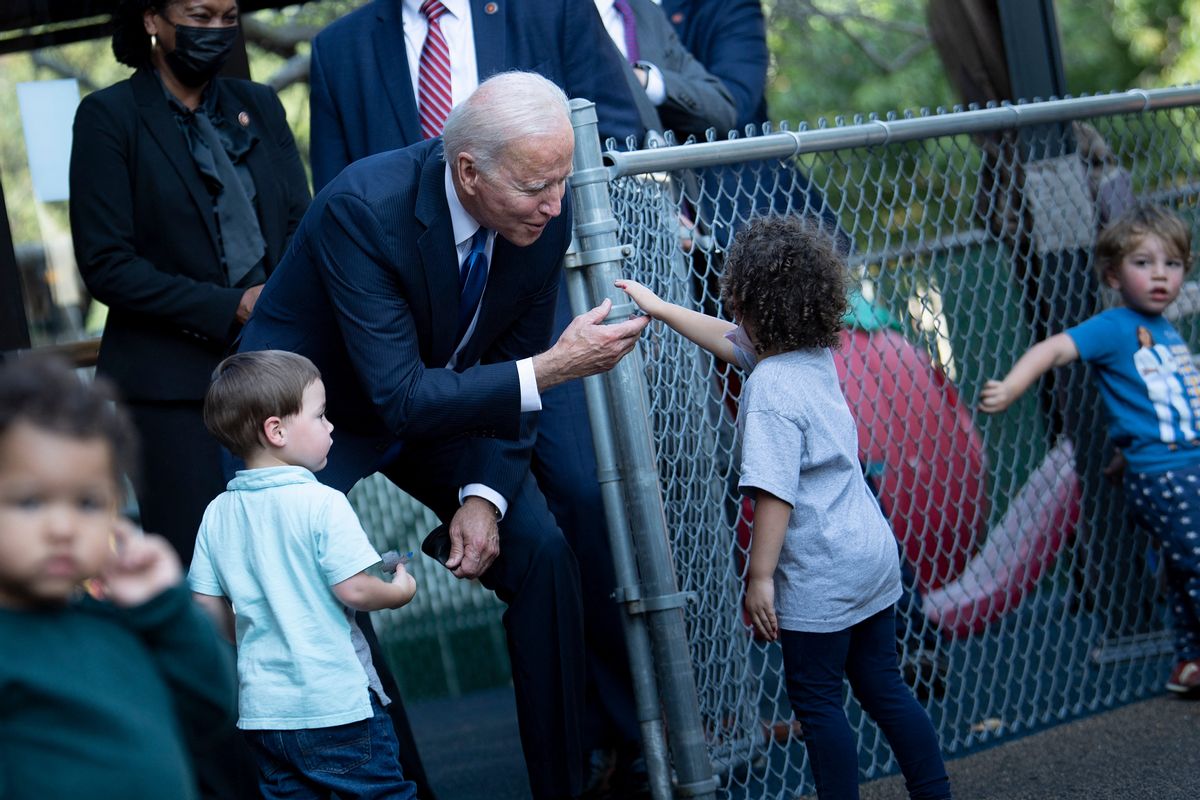 President Joe Biden was greeted with profane taunts from Trump supporters on Friday despite the fact that he was in the presence of children.

According to NPR White House correspondent Scott Detrow, Biden on Friday travelled to a daycare center in Hartford, Connecticut to promote childcare plans that are part of his "Build Back Better" agenda.

While there, he greeted several children at a playground, only to be interrupted at one point by Trump supporters who were yelling at him from across the street.

As recounted by Voice of America News reporter Patsy Widakuswara, "at one point Biden put a twisty blue tube toy on his head" while meeting with the children and "as this happened you could clearly hear Trump supporters across the street yelling 'traitor' and "f*ck Joe Biden."

Despite this, Biden continued into the daycare center and delivered a speech talking about Democratic policies such as the expanded child tax credit and universal pre-K.