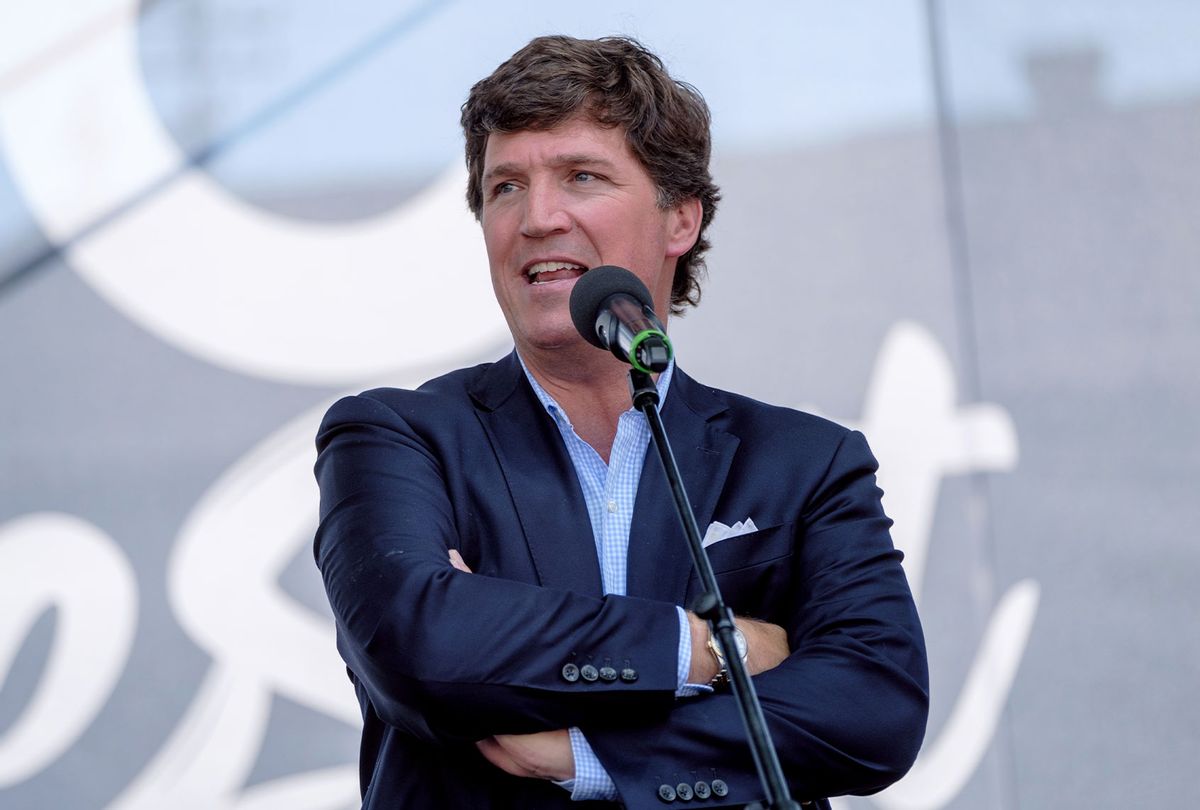 Buttigieg and his husband, Chasten, announced in August that they had adopted newborn twins. Buttigieg's office told Politico this week that he has been on paid paternal leave since mid-August to spend time with his family.

During a rant about inflation and supply chain shortages in his Thursday broadcast, Carlson mocked Buttigieg over the news.

"Pete Buttigieg has been on leave from his job since August after adopting a child. Paternity leave, they call it, trying to figure out how to breastfeed. No word on how that went," he said, arguing that it shows that the White House "does not seem concerned" about rising costs.

A spokesman for Buttigieg told Politico that Buttigieg has been "mostly offline except for major agency decisions and matters that could not be delegated" for the first four weeks but has been "ramping up activities since then" while continuing to "support his husband and take care of his new children."

Fox News also offers paternity leave to its employees. In fact, Fox host Todd Piro announced that he would take an extended leave after the birth of his child in August.

"Fox is amazing, it's a great organization, they really are a family-friendly organization. They give us six weeks as dads for paternity and I'm taking that six weeks. I can't wait to bond with my little one," Piro said. "I cannot thank Fox enough for providing all fathers who work here with such a generous paternity leave. This experience has changed me in a profound way and in ways I won't fully comprehend until my daughter is older," he added.

Fox host Jesse Watters said that his own experience after the birth of his third child changed his mind about paternity leave.

"Now I am pro-paternity. I used to mock people for taking paternity, I used to think it was a big ruse, but now, you know, I wish I could take six weeks," he said.

Carlson, who has been criticized in the past for various anti-LGBTQ statements, came under fire earlier this year after a journalist unearthed his 1991 college yearbook, in which the Swanson frozen dinner heir labeled himself as a member of the "Dan White society," an apparent reference to the man who killed Harvey Milk, the first openly gay politician elected in California, and the "Jesse Helms Foundation," named after the notorious segregationist senator with a history of homophobic comments.

Carlson's remark about Buttigieg was widely panned as homophobic on Thursday.

"Tucker belittles a Navy vet for being a good dad, throwing not-so-thinly veiled homophobic jabs, and lying through his teeth about current affairs," the veterans' group VoteVets said on Twitter, calling the taunt "pathetic."

Despite Carlson's claim that Buttigieg's brief absence was a sign of the White House's lack of interest in inflation, the administration's point man on infrastructure since Oct. 7 has already attended a meeting with President Joe Biden to address supply chain issues, held virtual events to promote the infrastructure bill with groups from Chicago and New York, and appeared on CNN, MSNBC, CNBC, Bloomberg and NPR to discuss supply chain issues.

The administration is pushing to include legislation to guarantee 12 weeks of family leave to all workers with newborns or newly-adopted children.

Though it has become more common for women and men serving in top federal positions to take family leave, many have come back sooner because Cabinet officials are not covered under the leave system for federal workers, a White House spokesperson told Politico.

"They do not earn leave and serve at the pleasure of the President," the spokesperson said. "The President can choose to allow him to take time off."

It's unclear whether Biden has personally approved Buttigieg's leave.

"Pete's been a key member of the team since Day One, and has been critical as we shepherd the President's agenda across the finish line," a White House official told the outlet. "We're overjoyed for him and Chasten, and believe every American should have access to paid family leave."