"This is what someone who's bought and paid for looks like" 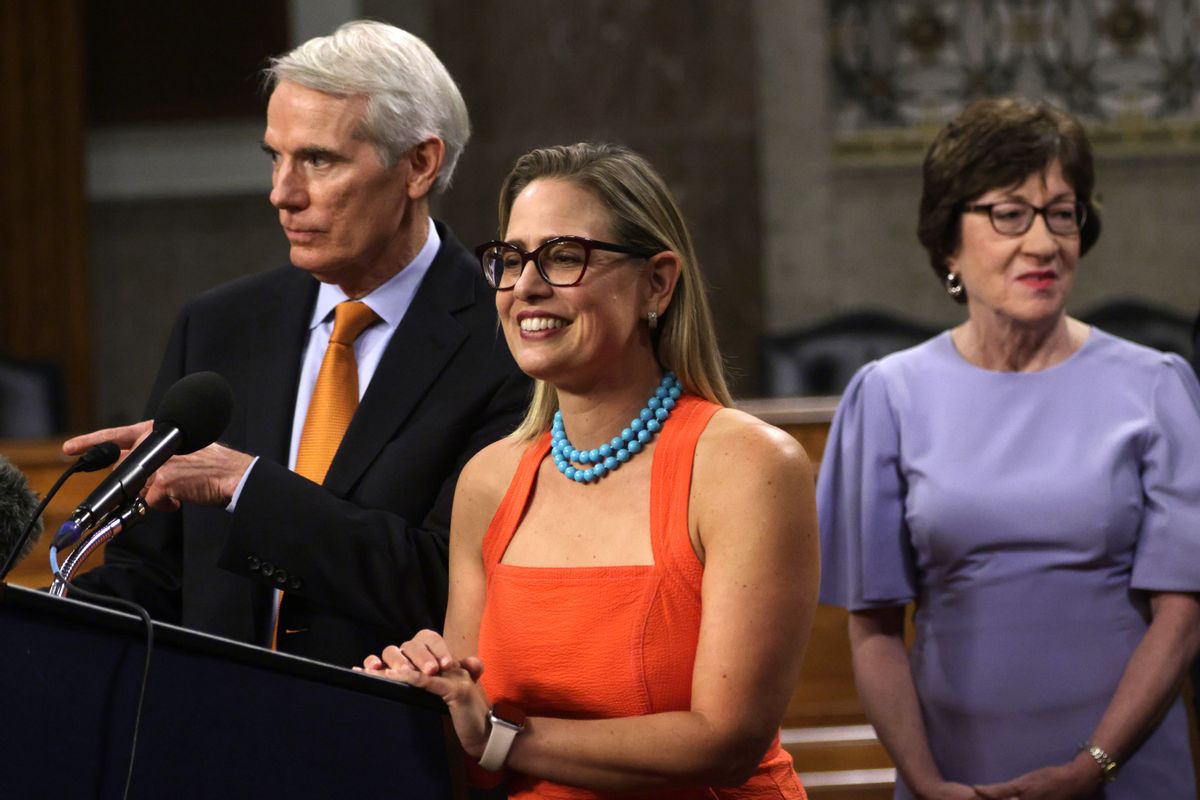 Politico and The Daily Poster report that Sinema raised over $1.1 million between July and September, with 90% of the campaign donations coming from outside Arizona. At least $100,000 of those contributions came from individuals or entities linked to the pharmaceutical and financial services industries.

According to Politico, Sinema has "raised more campaign money in the last three months than in any quarter since she became a senator."

Her individual donors... included a who's-who of powerful people in the pharmaceutical industry. Top donors included the pharma giant Gilead's CEO, Daniel O'Day, who gave $5,000 this past quarter. Another $2,900 came in from Eli Lilly CEO David Ricks. The executive chair of Merck's board, Kenneth C. Frazier, also gave $2,900, as did the chair and CEO of Bristol Myers Squibb, Giovanni Caforio.

Former U.S. Labor Secretary Robert Reich noted earlier this week that Sinema has received over $750,000 from Big Pharma throughout her career.

While Sinema campaigned on a promise to "lower prescription drug prices," she has been one of the staunchest congressional opponents of allowing Medicare to leverage its tremendous purchasing power to negotiate lower medication prices.

Among Sinema's biggest financial services industry donors disclosed in the new filing are Goldman Sachs president John Waldron, who gave the maximum allowable amount of $5,800; Blackstone senior managing directors Giovanni Cutaia and Eli Nagler, who donated a combined $5,700; and Facebook co-founders Cameron and Tyler Winklevoss, who both gave the maximum amount. The Winklevoss twins have amassed a multi-billion-dollar cryptocurrency empire; Sinema is a member of the Senate subcommittee charged with regulating digital currencies.

The new disclosures came as Sinema traveled to Europe to raise more campaign cash, and as the head of an advocacy group linked to the billionaire-backed Koch network urged her to "stay strong" in her efforts to torpedo her party's budget reconciliation package.

Responding to the new reports, musician and environmental activist Bill Madden tweeted, "This is what someone who's bought and paid for looks like."