After accusations of bias undermined their initial COVID-19 investigation in China, the WHO is starting over 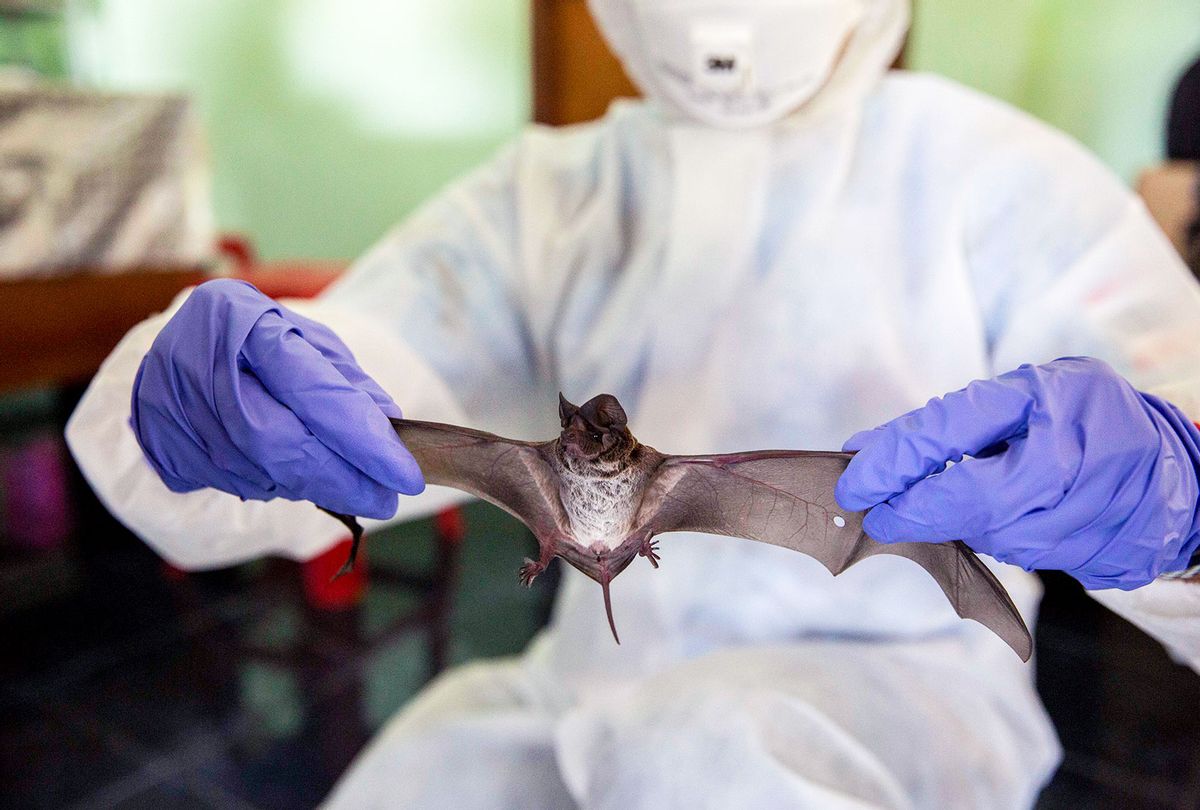 A team of ecologists and ecology students from Kasetsart University collect wingspan data from a wrinkle-lipped free-tailed bat at an on site lab near the Khao Chong Pran Cave on September 12, 2020 in Ratchaburi, Thailand. A team of researchers consisting of scientists, ecologists, and officers from Thailand's National Park Department have been conducting bat sampling collection missions throughout Thailand's countryside in an effort to understand the origins of COVID-19. (Lauren DeCicca/Getty Images)
--

Last year, the World Health Organization assembled a superteam of scientists to investigate the origins of COVID-19. These experts were to work hand-in-hand with Chinese officials to determine exactly how the SARS-CoV-2 virus first entered society and began its lethal spread. But their findings, published in a 313-page report earlier this year, were largely dismissed by the scientific community as hasty and superficial: only four pages were dedicated to the possibility that the virus had spread through a laboratory accident, a theory that, while still speculative, has continued to gain momentum.

Now, the WHO is trying again. On Wednesday, the international agency announced the founding of a new, permanent committee. Named the Scientific Advisory Group for the Origins of Novel Pathogens, or SAGO, the group will be dedicated to "developing a framework to define comprehensive studies on the origins [of] pathogens, including SARS-CoV-2."

SAGO is composed of 26 experts from 26 countries, selected from a pool of more than 700 applicants. They include virologists, geneticists, security specialists and animal experts. Their range of backgrounds and expertise was, explained Maria Van Kerkhove, the WHO's COVID-19 technical lead, vital to its mission. The organization wanted to snuff out any hint of political bias or potential conflicts of interest, which haunted the previous investigation and cast suspicion on their findings.

"Especially in light of the politicization," she told the New York Times in an interview, "[we] want to take this back to the science, take this back to our mandate as an organization to bring together the world's best minds to outline what needs to be done."

The United States' representative is Dr. Inger Damon, a researcher at the Center for Disease Control and Prevention and current director of the Division of High Consequence Pathogens and Pathology. Dr. Damon's Chinese counterpart is Dr. Yungui Yang, a deputy director at the Beijing Institute of Genomics at the Chinese Academy of Sciences. The experts will gather with their colleagues in two weeks' time, following a routine public comment period.

In a letter co-authored to Science, the WHO's director-general, Tedro Adhanom Ghebreyesus, outlined SAGO's immediate mandate.

"...SAGO will quickly assess the status of SARS-CoV-2 origin studies and advise WHO on what is known, the outstanding gaps, and the next steps," the authors wrote, adding that, "All hypotheses must continue to be examined and, as WHO has said from the outset, a fully open and transparent scientific process is essential."

Later in the letter, the authors pointed to some of the "outstanding gaps" that undermined the previous WHO investigation. The most pressing involved information regarding suspected early COVID-19 cases in China before December 2019, which could potentially be gleaned through blood samples and mortality data from hospitals in Wuhan — the city in Hubei province where the first cluster of COVID-19 cases was identified. But without full cooperation from the Chinese government, which no one is expecting, those key pieces of the puzzle may remain hidden.

The mystery surrounding COVID-19's origins, almost two years into the pandemic, has been a source of deep frustration for public health experts and scientists worldwide. Many blame the Chinese government's lack of transparency, which was a key theme in a debate hosted by Science on September 30th between four leading COVID-19 researchers. The debate represented the first public, face-to-face discussion between proponents of the "lab leak" theory and researchers who favor the prevailing zoonotic spillover scenario.

While the scientists differed in their interpretation of the evidence, three of the four agreed that without more information, a definitive answer about the origins of COVID-19 is unlikely to be reached.

"Globally, at least 4.8 million people have died from COVID-19," the WHO authors wrote in their letter. "They and their families are owed answers as to where and how the virus originated."