Salon spoke with a virologist about the notion, which Biden is investigating, that SARS-CoV-2 emerged from a lab 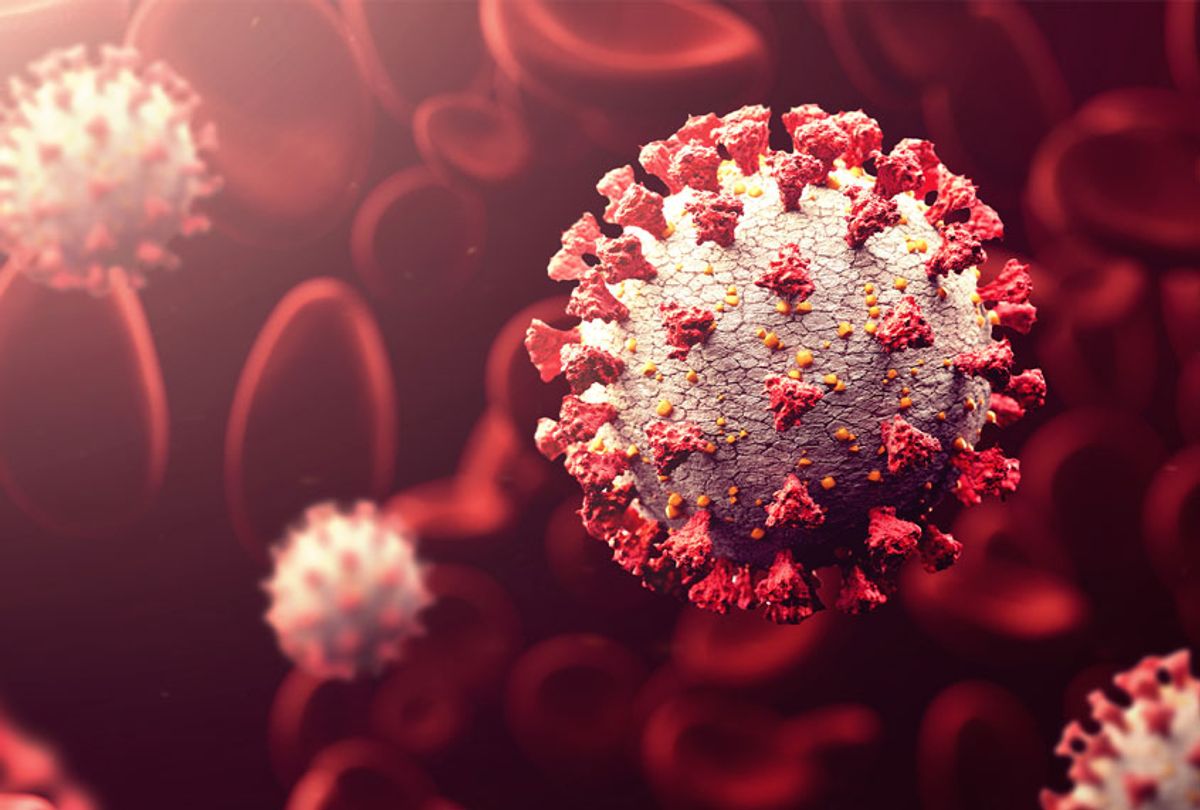 Politics, prejudice, conspiracies and media bias have impoverished our ability to intelligently dissect the origins of SARS-CoV-2, the virus responsible for the COVID-19 pandemic. On the one hand, anti-Asian prejudice has been inflamed during this moment in history by people like our former president, Donald Trump — who, along with his right-wing acolytes, previously claimed without evidence that the virus emerged from a Chinese laboratory (such as the Wuhan Institute of Virology, which is in the same area where the outbreak began) to validate their worldview. Meanwhile, intelligent people of good will have been grateful for the work of Chinese scientists in fighting this disease.

Still, other scientists of good will are starting to wonder if there may be some merit to what has become known as the "lab leak" hypothesis. Notably, this theory does not necessarily imply that the novel coronavirus was created in a lab. Nor does the lab leak hypothesis postulate that the novel coronavirus was intentionally leaked; that, too, is a nonsensical premise for which there is no evidence.

Rather, the lab leak hypothesis' adherents, which includes a number of scientists, say that the virus was likely discovered in the wild, residing in animals (likely bats); taken to a lab for study; then unintentionally made its way to the human population, likely when a scientist was infected.

A March article in MIT Technology Review and a May piece in Bulletin of the Atomic Scientists both offered compelling arguments that, at the very least, we should seriously examine the possibility that the virus escaped from a laboratory. President Joe Biden recently announced an intensified 90-day review into the pandemic's origins in part because the Chinese government has stonewalled the World Health Organization's investigation into the matter. The issue of determining the pandemic's origins has increasingly been decoupled from Trump's political brand.

To better understand this issue, Salon spoke with Dr. Stanley Perlman, a professor of microbiology and immunology, as well as of pediatrics, at the University of Iowa. He has studied coronaviruses for 39 years. As usual, the following transcript has been lightly edited for clarity and context.

What did you think of the lab leak hypothesis as laid out in the Bulletin article?

The lab leak hypothesis has changed over the course of this pandemic. Originally, it started as "the virus was engineered," or was obtained from whatever source, and then was manipulated. Now it's changing to raising the possibility that the virus was actually present in the laboratory and leaked.

There are several parts to that idea. One is that it was a naturally obtained virus that was in the laboratory. Whether anything was done in the laboratory is not discussed. I still don't think anything could have been manipulated in the laboratory to make it more virulent because they wouldn't know how to do that. To my mind, the idea that it's a lab accident as opposed to a zoonotic source [meaning originating in an animal before crossing over to humans] — the two ideas are becoming closer and closer.

Why do you feel the lab accident idea has gained more credibility?

Partly because we've had a lot of trouble finding these intermediate animals [harboring coronaviruses]. We know that people found them: a [similar] virus was found in a cave, and some of the people infected with it became ill. We know that that virus is similar to SARS-CoV-2 — it's 96% similar — but viruses mutate at a certain rate per year and this virus was a thousand nucleotides different from the SARS-CoV-2. So it is not the direct precursor by any means to SARS-CoV-2. If it was taken into a lab and somehow made into a clone and then manipulated, you still wouldn't end up with SARS-CoV-2. It's not possible to do that.

So that's why I think the thinking has changed — because it's been very, very difficult to find these intermediate animals or that virus that is close to SARS-CoV-2

The Bulletin article made the same point. It said, "both the SARS1 and MERS viruses had left copious traces in the environment. The intermediary host species of SARS1 was identified within four months of the epidemic's outbreak, and the host of MERS within nine months. Yet some 15 months after the SARS2 pandemic began, and after a presumably intensive search, Chinese researchers had failed to find either the original bat population, or the intermediate species to which SARS2 might have jumped, or any serological evidence that any Chinese population, including that of Wuhan, had ever been exposed to the virus prior to December 2019." Is that what you're referring to?

I think that's accurate. So with SARS, we still don't really have the original virus. We know the intermediate animals. We know it's a bat virus. We have never found the exact precursor, but we're pretty close. MERS was really different because MERS is a camel virus. So, it didn't take very much detection work to see that people were around camels all the time and the camels had the virus, so people got infected from the camels.

There is a section from the article that I really want your thoughts on. I'm going to read it to you in its entirety because the author points to this as perhaps the most significant sign of potential laboratory manipulation.

He writes of the spike protein on the exterior of the virus, and basically explains how there are these two sub-units on the virus, called S1 and S2. The virus has to have this furin "cleavage" site — furin being a protein that humans have — in order for the S1 and S2 sub-units to be cut apart, which then lets the virus take over and generate new viruses.

"The spike protein has two sub-units with different roles. The first, called S1, recognizes the virus's target, a protein called angiotensin converting enzyme-2 (or ACE2) which studs the surface of cells lining the human airways. The second, S2, helps the virus, once anchored to the cell, to fuse with the cell's membrane. After the virus's outer membrane has coalesced with that of the stricken cell, the viral genome is injected into the cell, hijacks its protein-making machinery and forces it to generate new viruses. But this invasion cannot begin until the S1 and S2 subunits have been cut apart. And there, right at the S1/S2 junction, is the furin cleavage site that ensures the spike protein will be cleaved in exactly the right place."

The author goes on to say that "of all known SARS related beta coronaviruses, only SARS2 possesses a furin cleavage site."

Do you agree with that analysis? If so, do you view it as indicating a possible lab origin?

So even if one puts it into the surface glycoprotein, it won't necessarily improve how the virus enters cells. So, that's a second point about that argument. The third point is that it seems so random whether these viruses have furin cleavage sites. I don't know why the SARS-CoV-2 is the only one thus far that seems to have it. It wouldn't surprise me though if we found others. As I said, even if this were the only one, it wouldn't surprise me. Why some viruses have them, why some don't, it's really a research question, but I don't know the answer to it. Certainly the ones that have it are not more virulent than the ones that don't.

To make sure I understand you correctly. You're saying that while it is indeed unusual for coronaviruses to have that cleavage, that does not in of itself prove that it came from a lab.

That's right. That's a good way to put it rather than all the words that I used.

I'd like to bring up a related question. If this did leak from a laboratory, the chances are it would have originated there because it was being used in gain of function research, in which a virus is repeatedly transmitted (usually between animals) in order to breed them to be more virulent. Do you think gain of function research is safe? Do you think it's effective?

I don't agree with the first part of your sentence. If it originated a lab, it could be one of those bat viruses that was being studied and just happened to be one that can directly infect people. No gain of function, no manipulation, nothing else, just there. Whether that could have directly infected a human efficiently, I would have said not.

Now there's these stories in Malaysia about a canine coronavirus, a dog coronavirus, jumping directly from animal to people and causing pneumonia in children. Maybe these viruses can cross without any further adaptation directly. What I would have said before this is that the virus just doesn't infect people very well. The MERS virus is a great example. That virus causes diseases. It's a bad disease, but it doesn't spread from person to person. Except if you're in the hospital, it really does not spread. You don't need gain of function here to do any of what we're talking about.

My next question pertains to your colleagues, to other people who are public health experts, virologists, epidemiologists. Based on your anecdotal observations, what do you sense they're saying about the lab leak hypothesis versus the natural explanation hypothesis?

I think what people are saying is that first of all, the two sets of ideas are converging because almost everyone believes it's a natural virus and that it ended up in Wuhan. I think we all agree on that, but whether it was a lab leak or occurred there by the natural route is certainly unknown. I think it's going to be difficult to determine, unless we obtain more information from the Chinese/China labs or other sources. It's possible the virus arose in Southeast Asia. I'd like to see more information from there as well. So I would say that for most people, both possibilities are on the table and where people differ is whether they think it's a 90% chance of one and 10% of the other, or 10% of one and 90% of the other.