Walt Disney’s radical vision for a new kind of city 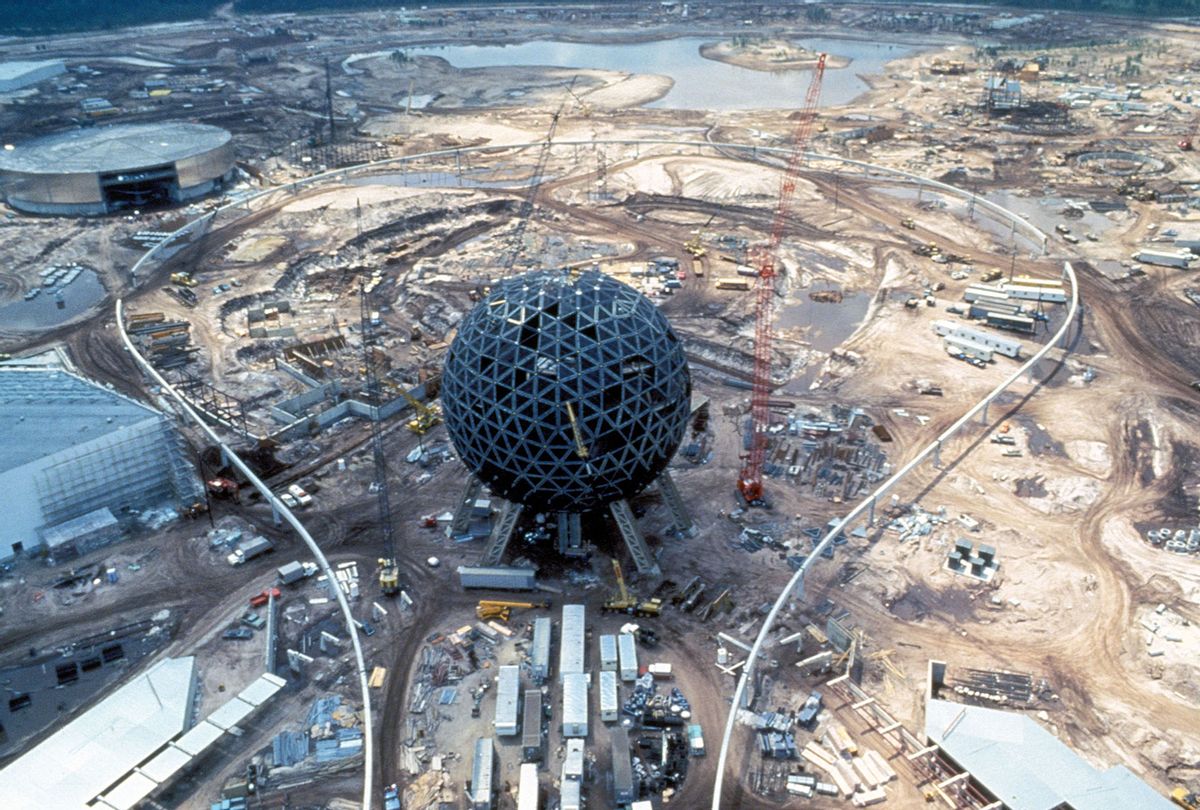 Since Epcot's inception, millions of tourists have descended upon the theme park famous for its Spaceship Earth geodesic sphere and its celebration of international cultures.

But the version of Epcot visitors encounter at Disney World — currently in the midst of its 50th anniversary celebrations – is hardly what Walt Disney imagined.

In 1966, Disney announced his intention to build Epcot, an acronym for "Experimental Prototype Community of Tomorrow." It was to be no mere theme park but, as Disney put it, "the creation of a living blueprint for the future" unlike "anyplace else in the world" — an entire new city built from scratch.

Disney died later that year; his vision was scaled down, and then scrapped altogether. But when I was writing my book on urban idealism in America, I was drawn to this planned community.

Since the arrival of the first colonists, Americans have experimented with new patterns of settlement. Imagining new kinds of places to live is an American tradition, and Disney was an eager participant.

A city of the future

In it, Disney — speaking kindly and slowly, as if to a group of children — detailed what would become of the 27,400 acres, or 43 square miles, of central Florida that he had acquired.

Echoing the rhetoric of American pioneers, he noted how the abundance of land was the key. Here he would achieve all that could not be done at Disneyland, his first theme park in Anaheim, California, that opened in 1955 and had since been encroached upon by rapid suburban development. He proudly pointed out that the land on which Disney World would be built was twice the size of the island of Manhattan and five times larger than Disneyland's Magic Kingdom.

Among the remarkable components of Disney's Epcot would be a community of 20,000 residents living in neighborhoods that would double as a showcase of industrial and civic ingenuity — a running experiment in planning, building design, management and governance. There would be a 1,000-acre office park for developing new technologies, and when, say, an innovation in refrigerator design would be developed, every household in Epcot would be the first to receive and test the product before it was released for the rest of the world.

An airport would enable anyone to fly directly to Disney World, while a "vacation land" would provide resort accommodations for visitors. A central arrival complex included a 30-story hotel and convention center, with the downtown featuring a weather-protected zone of themed shops.

Epcot's more modest wage-earners would be able to live nearby in a ring of high-rise apartment buildings. And there would be a park belt and recreational zone surrounding this downtown area, separating the low-density, cul-de-sac neighborhoods beyond that would house the majority of residents. There would be no unemployment, and it was not to be a retirement community.

"I don't believe there is a challenge anywhere in the world that's more important to people everywhere than finding solutions to the problems of our cities," Disney said.

During the 1960s, the aspiration of building anew was much in the air.

Americans were becoming increasingly concerned about the well-being of the nation's cities. And they were unsatisfied with the effort — and, especially, the consequences — of urban renewal.

They felt insecure in the face of growing urban poverty, unrest and crime, and frustrated about increasing traffic congestion. Families continued to move to the suburbs, but planners, opinion leaders and even ordinary citizens raised concerns about consuming so much land for low-density development.

Sprawl as a pejorative term for poorly planned development was gaining currency as a fledgling environmental movement emerged. In his popular 1960s ballad "Little Boxes," Pete Seeger sang of "Little boxes on the hillside / Little boxes made of ticky tacky" to criticize the uniform suburban and exurban tracts of housing rippling out from America's cities.

A hope emerged that building new towns might be an alternative for unlovely and unloved city neighborhoods and for soulless peripheral subdivisions.

Self-described "town founders," most of them wealthy businesspeople with ideals dependent on real estate success, led America's New Towns movement. As Disney was preparing for his Epcot presentation, the Irvine Company was already deep into the process of developing the holdings of the old Irvine Ranch into the model town of Irvine, California. Today, Irvine boasts nearly 300,000 residents.

Meanwhile, real estate entrepreneur Robert E. Simon sold New York's Carnegie Hall and, with his earnings, bought 6,700 acres of farmland outside of Washington so he could create Reston, Virginia. Fifty miles away, shopping center developer James Rouse started planning Columbia, Maryland. And oil industry investor George P. Mitchell, keeping an eye on the successes and setbacks of Rouse and Simon, would soon take advantage of a new federal funding program and embark on establishing The Woodlands, near Houston, which today has a population of over 100,000 people.

These new towns hoped to incorporate the liveliness and diversity of cities while retaining the intimacy of neighborhoods and other charms associated with small towns.

Disney, however, didn't want to simply spruce up existing suburbs.

He wanted to upend preexisting notions of how a city could be built and run. And for all of its utopian promise, the genius of Disney's Epcot was that it all seemed doable, an agglomeration of elements commonly found in any modern metropolitan area, but fused into a singular vision and managed by a single authority.

An important innovation was the banishing of the automobile. A vast underground system was designed to enable cars to arrive, park or buzz under the city without being seen. A separate underground layer would accommodate trucks and service functions. Residents and visitors would traverse the entire 12-mile length of Disney World and all of its attractions on a high-speed monorail, far more extensive than anything achieved at Disneyland.

In the car-crazed America of the 1960s, this was a truly radical idea.

Given Walt Disney's legendary tenacity, it would have been fascinating to witness how far his vision would have advanced. After his death, some sought to fulfill his plans. But when urged by a Disney designer to carry through on Walt's broader civic-minded vision, Walt's brother Roy, who had taken the reins of the company, answered, "Walt is dead."

Today, Disney's utopian spirit is alive and well. You see it in former Walmart executive Marc Lore's ambitions to build a 5-million-person city called "Telosa" in a U.S. desert and Blockchains LLC's proposal for a self-governing "smart city" in Nevada.

But more often, you'll see efforts that tap into the nostalgia of a bucolic past. The Disney Corporation did, in fact, develop a town during the 1990s on one of its Florida landholdings.

Dubbed "Celebration," it was initially heralded as an exemplar of the turn-of-the century movement called New Urbanism, which sought to design suburbs in ways that conjured up the small American town: walkable neighborhoods, a town center, a range of housing choices and less dependence on cars.

However, Celebration has no monorail or underground transport networks, no hubs of technological innovation or policies like universal employment.

That sort of city of tomorrow, it seems, will have to wait.

Get the best of The Conversation, every weekend. Sign up for our weekly newsletter.