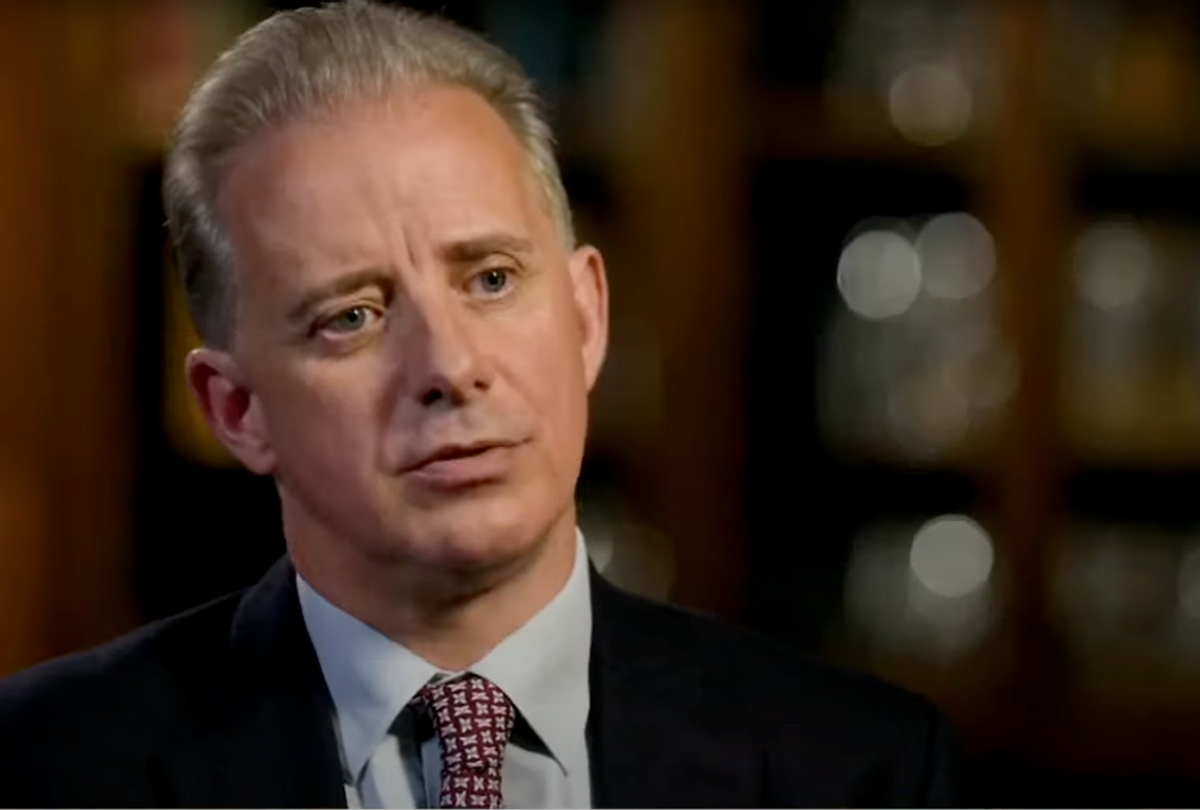 The investigator of the infamous Donald Trump dossier, Christopher Steele, sat down with ABC News reporter George Stephanopoulos where he revealed what he knew was true and what wasn't.

"Do you think it hurts your credibility at all that you won't accept the findings of the FBI in this particular case?" Stephanopoulos asked.

"I'm prepared to accept that not everything in the dossier is 100% accurate," Steele said. "I have yet to be convinced that that is one of them."

According to a release from ABC, there were parts of the dossier that he admits aren't true, but one major point is true. According to Steele the salacious "tape" of Trump with prostitutes in a Russian hotel room urinating on a bed once used by former President Barack Obama is real.

"So how do you explain if that tape does indeed exist, why hasn't it been released?" asked Stephanopoulos.

"Well it hasn't needed to be released?" said Steele.

"Because I think the Russians felt they got pretty good value out of Donald Trump when he was president of the U.S.," Steele said.

"While Steele acknowledged that no corroborating evidence has been found for many of his dossier claims, he argued that very little contradictory evidence exists either -- a line of defense that his critics have found problematic," said ABC News.

Whether or not the tape is real might be inconsequential to Trump, because he might believe that the Russians have "something" or anything on him that is compromising. That could motivate his behavior.

In interviews over the past year, former top Trump lawyer Michael Cohen has said that he doesn't believe that the tape exists because he looked extensively for it while working for Trump. He also wrote extensively in his book Disloyal about the Steele claims that it didn't seem impossible, which is why he worked to find it.

"But I do know that the decision to go to The Act in Vegas in 2012 was made by the Agalarovs and the Russian men certainly seemed hugely entertained in a venue that boasted golden showers and fairly bristled with the energy of sex for sale. They were the same men who hosted Trump in Moscow in 2013, so it doesn't seem entirely impossible that the amusements of a golden shower were again part of the Boss's festivities," wrote Cohen.

"Trump's hatred for Obama was on a level that might provoke some sort of perverse and perverted ritualistic humiliation in a hotel suite," the book continued. "Like the Faux-Bama he hired to express his hatred and contempt for Obama in symbolic ways, I can attest that he was entirely capable of being entertained by such an act, even if he is a germaphobe, as he claims to be. However, this claim never occurred, to the best of my knowledge and investigations, and as verified to me by the Boss's longtime head of security and attaché, Keith Schiller."

Steele also said in the interview that it was "a fact" Cohen met with Kremlin officials in Prague ahead of the election, which he thinks was about the tape. Cohen has denied it and the FBI also found in its extensive investigation that Cohen didn't meet with the Russians.

Steele claimed that Cohen would never admit to it because it would be "self-incriminating to a very great degree." The FBI, however, did more than take Cohen's word for it. It was clear that they did their own investigation into Cohen's trip and if there was any wrongdoing, presumably he would have been charged with it.

"I'm pleased to see that my old friend Christopher Steele, also known as Austin Powers, has crawled out of the pub long enough to make up a few more stories," Cohen told Raw Story when asked about the allegations. "I eagerly await his next secret dossier which proves the existence of Bigfoot, the Lochness Monster and that Elvis is still alive. In fact, I hear David Pecker needs a new dirt digger at the National Enquirer."

Steele claimed that he's now speaking out because there were problems he identified in 2016 he said have not only not gone away but have gotten worse.

See the clip of the interview below: