We've had 50 blessed years of cooking with Crockpot

The homey slow cooker is celebrating its 50th anniversary this year 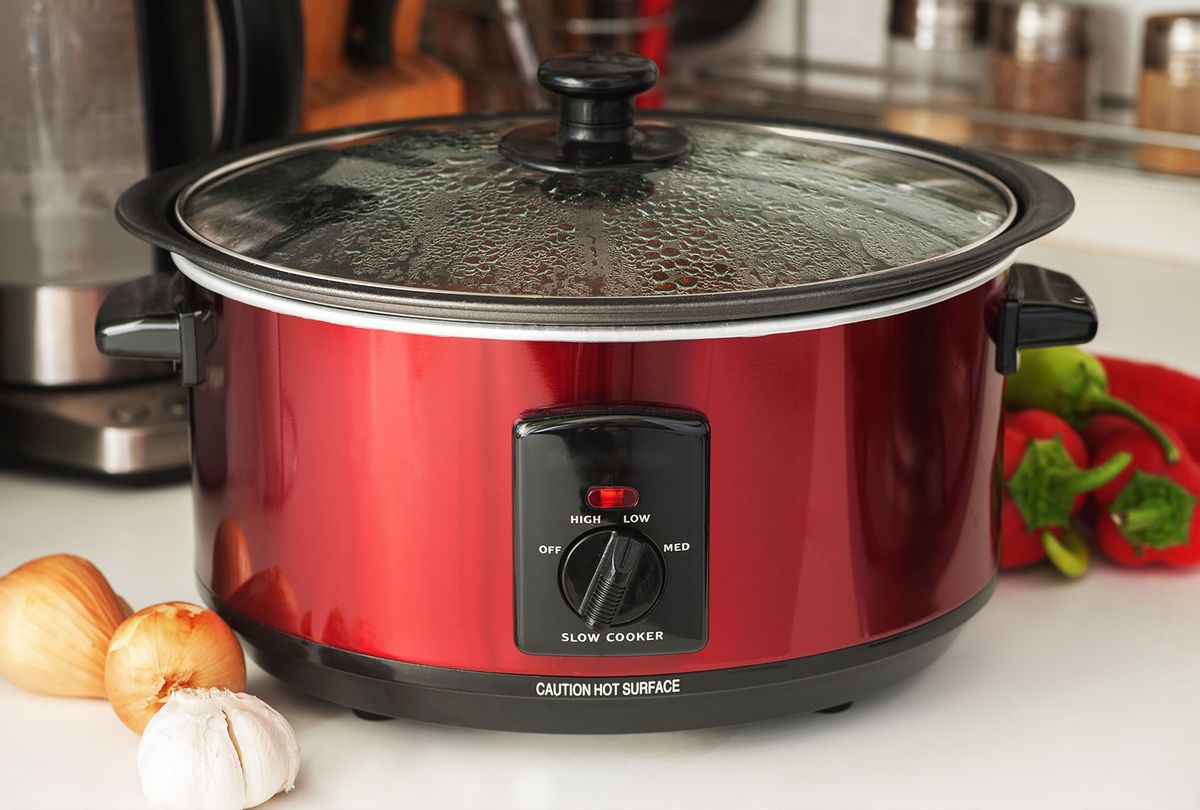 Crockpots have been a staple of American home cooking for decades. They've been there through the high school graduations, the Super Bowl victories and losses, the first day of school, Saturday mornings and Sunday nights. This beloved family-friendly slow cooker has been there with us through life's biggest moments and now it's our turn to celebrate it. The original slow-cooker brand is celebrating its 50th anniversary in a big way — with the launch of an all-new Design Series line featuring four new Crockpots in an array of modern hues.

"With the new Design Series — and our 50th anniversary — we wanted to celebrate our history and highlight Crockpot's evolution, but not get too nostalgic. To do that, we focused on synthesis, bringing together past, present, and future. It's about bringing the next generation of at-home cooks an iconic appliance but with a modern look they'll love to cook meals in and make memories," says Christine Robins, CEO of Home Appliances at Newell Brands, today's manufacturer of Crockpot.

Ahead, we're taking a look back on Crockpot's decades-long history and the way it's changed American cooking for the better.

How it all started

The slow cooker was invented by Irving Naxon and was patented in 1940, and was actually born out of necessity for Jewish families on the Sabbath. Naxon invented the first slow cooker so that Jewish families could create a traditional bean stew (cholent) without the use of the oven. Historically, families would make the stew on a Friday night and leave it in the oven at a local bakery to slowly cook. With the slow cooker, it was easier than ever to prepare the bean stew while still adhering to the Sabbath rules.

Thirty years after its creation, Naxon sold his slow cooker to Rival Manufacturing, which was rebranded as Crockpot and debuted at the 1971 National Housewares Show in Chicago.

The original Crockpot Slow Cooker featured a red exterior, removable glass lid, ceramic crock, and a cookbook. We know that Crockpot has become a beloved kitchen appliance for hands-off cooking, but was it always popular? Honestly, yes! At the 1971 National Housewares Show, Crockpot was an instant hit among millions of women who were joining the workforce for the first time and looking for a convenient way to cook for their families. The idea that you could "set it and forget it" was welcome in the kitchen.

Three years after the initial launch and rebrand, Crockpot introduced a removable stoneware insert, which allowed home cooks to more easily wash the cooking vessel after use. Pro tip: Wash it while the stoneware is still a little warm (it's super durable so you can soak it in water right away) so that any cooked-on bits of food come off easily. Or better yet, place it in the dishwasher (yes you can!) for low-maintenance clean-up.

Twenty-something years later, the brand launched the now iconic oval-shaped Crockpot, allowing consumers to conveniently cook recipes on a larger scale than ever before. Without it, recipes like our BBQ Ribs, Whole Slow Cooker-Poached Chicken, and Spiced Dulce de Leche Banana Icebox Cake wouldn't exist. OK, they probably would because our recipe developers are determined geniuses who would have found a way, but would they taste or look as good? Probably not!

Innovations to the original

In the new millennium, Crockpot introduced a few newer features for the modern consumer: programmable controllers; multi-functionality allowing cooks to roast, bake, brown, sauté, and slow cook anything and everything; entertainment pieces like the Crockpot Hook Up Connectable Entertaining System; and the Cook & Carry locking lid, so that you can bring a hot, home-cooked meal on the road.

The popularity of the brand's beloved slow-cooker certainly didn't slow down in the aughts, but in 2017 Crockpot expanded their line of appliances again with the Crockpot Express, an even more versatile multi-cooker that featured a pressure cooker setting, a first for the brand. It followed the popularity of everyone's favorite Christmas and Hannukah present Instant Pot.

This year, half a century after the first slow-cooker was first introduced to the market, Crockpot released four new slow-cookers in a range of colors that feel just right for the 21st century. "Crockpot offers the same time-saving functionality, versatility, and space for creativity that it has always provided but with new looks and colors that fit right in any kitchen," says Robbins. While Crockpots are known for being a little retro, these new hues are so chic and stylish that you'll want to proudly display this appliance on your countertop, even if it means tucking away a blender or finally consolidating your toaster, toaster oven, and microwave.

Available at Walmart, this petite slow-cooker is perfect for beginner cooks or single people who are cooking smaller quantities of food. The 3-quart model is available only at Walmart and comes in two modern-vintage colors: Metallic Copper and Woodgrain, the latter of which is a matte whitewash. Like all other Crockpots, the interior stoneware pot and glass lid are removable and dishwasher-safe for easy clean-up.

This under-$20 model is sold exclusively at Target in a metallic Café Mocha. It's ideal for medium-sized gatherings as it can accommodate up to five servings of pot roast, pulled pork, and sticky buns. Just like the original model, this Crockpot features three manual heat settings — warm, low, and high — and has a removable stoneware insert that is both dishwasher-safe and oven-safe up to 400°F.

This full-sized Crockpot is what you bring out for birthday parties and game day. It can hold at least nine servings of short ribs, queso, butternut squash shakshuka, and even chocolate chip cookies (yes, really!). You can find it at three different retailers (Kohl's, Bed Bath & Beyond, and Best Buy) in the matte mushroom color.

This larger size Crockpot has a few unique features that make it easier than ever to entertain. A mess-free, travel-proof locking lid prevents leaks and spills so that you can bring your Bourbon BBQ Chicken Drumsticks or a Low Country Shrimp Boil on-the-go to your friend's beach house (feel free to extend an invite to the F52 team). This model also includes an additional 16-ounce "Little Dipper warmer" perfect for ranch dressing, buffalo sauce, or drawn butter to serve alongside your favorite slow cooker dish.

This post contains products independently chosen (and loved) by Food52 editors and writers. Food52 earns an affiliate commission on qualifying purchases of the products we link to.