Michael Cohen responded to Christopher Steele's allegations on his podcast 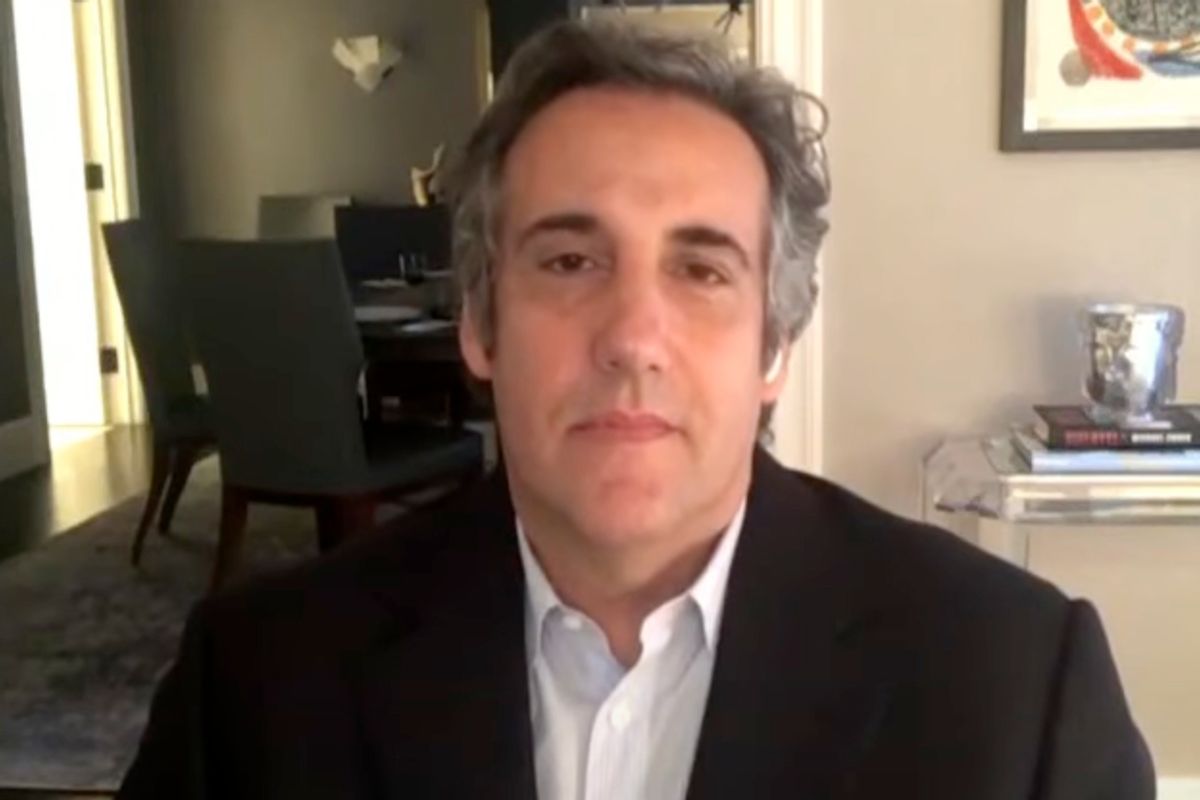 In the wake of an ABC News interview with Christopher Steele, Michael Cohen released a special episode of his podcast, "Mea Culpa," where he addressed some of the allegations against him and some claims made against Trump. He was joined on the podcast with Daily Beast editor Molly Jong Fast.

Cohen recalled that last week, Trump told major political donors, unprompted, that he doesn't like to be urinated on. The former lawyer wondered why Trump is so obsessed with this story, that even years later he can't stop talking about it.

"She knows, I don't like to be peed on," Trump told the crowd, pointing to his wife.

"If that in itself doesn't prove that something is psychologically wrong with him, I don't know what does," Cohen said on the podcast. In previous comments, Cohen said that he looked extensively for the tape and he doesn't believe it actually exists. Steele told ABC News host George Stephanopoulos that he believes it does. In fact, Steele said that he stood by his dossier, despite the fact that he doesn't think his entire work is accurate.

"Do you think it hurts your credibility at all that you won't accept the findings of the FBI in this particular case?" Stephanopoulos asked.

"I'm prepared to accept that not everything in the dossier is 100 percent accurate," Steele said. "I have yet to be convinced that that is one of them."

Cohen released a statement responding to Steele, claiming that some claims about him are absurd, as did Barry Meier, author of "Spooked: The Trump Dossier, Black Cube, and the Rise of Private Spies."

Cohen said that he can't understand why his former boss would walk back into a scandal that bothers him so much. Daily Beast editor Molly Jong Fast, who was also on Cohen's podcast, passed off Trump's obsession as a kind of compulsion, which Cohen questioned.

"What compulsion?" asked Cohen. "What could possibly be the underlying motive? And you're right, I know him better than anybody — I, myself, cannot understand what the f*ck this idiot was thinking when he decided in the middle of a donor meeting to turn around and say to people, 'By the way, I want you all to know, I'm not into golden showers. I'm not into being peed on.' What point are you trying to make here?"

Jong Fast changed the subject, recalling that the next comments out of Trump's mouth were what she found interesting, that he "saved the Republican Party." She noted that she doesn't think the donors believe he saved the GOP, "I think they're hostages to him. So, the idea that he thinks that these people are going to applaud him, while he's taken them hostage?"

Jong Fast asked who cares what Steele says, and that Cohen and those around him know the truth and that what others think doesn't matter. Cohen, who continues to fight to correct the record on many of the accusations against him and make amends, explained that it matters to him. He's willing to confess to any wrongdoing, but won't admit to anything that he says isn't real.

You can listen to the full Cohen podcast at his website here.