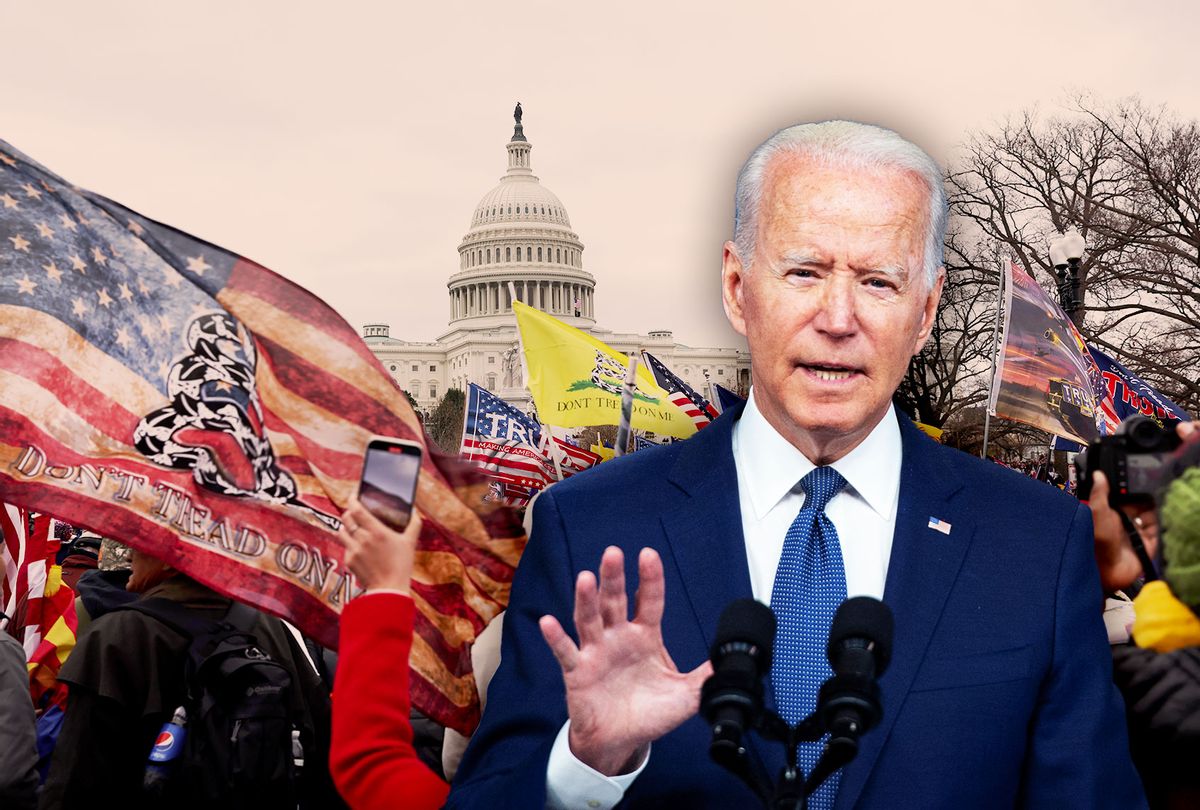 Senate Republicans are blocking the confirmation of President Biden's nominee to oversee the prosecutions of hundreds of Trump supporters charged in the Jan. 6 Capitol riot, according to an Insider interview with Del. Eleanor Holmes Norton, the nonvoting House member from Washington, D.C.

Biden in July nominated Matt Graves, a partner at the law firm DLA Piper and former federal prosecutor, to head the U.S. attorney's office for the District of Columbia, which is prosecuting more than 600 cases stemming from the riot. The Senate Judiciary Committee unanimously advanced his nomination with bipartisan support last month, along with six other Biden picks, but Graves is the only one of the group who has yet to be confirmed. The delay comes after Senate Republicans quietly placed a hold on his nomination, according to Norton.

Norton, who recommended Graves for the job, told Insider that the nomination is being "used as leverage" by Republicans, though she did not say which Republicans placed the hold or what they want to release it.

"Importantly, this leverage doesn't have to do with the District of Columbia or with the nominee," she told the outlet.

Norton said she expects Graves to be confirmed in "the near future," stressing that "it's not unusual for senators to put a hold on something in order to make a point or as leverage."

"We've learned this on condition that we not speak about it specifically, but I can tell you that what we have learned is that the Graves nomination is not being held up for any reason connected to the nomination. And I can also say we do expect approval of this nomination eventually," she told the outlet.

Senate Judiciary Chairman Dick Durbin, D-Ill., told Insider he was aware that Republicans had placed a hold but did not know which nominee it was. A Democratic Senate aide told the outlet that Graves' nomination is "currently subject to a Republican hold, but efforts are underway to have that hold released and have Graves confirmed."

Biden previously tapped Channing Phillips, who previously served as acting U.S. attorney for D.C. under Barack Obama, to lead the office until a Senate-confirmed prosecutor can take over. Norton told Insider that she is confident in Phillips.

"Fortunately there's no cost to the district because it has a prior U.S. attorney handling issues," she said. "He knows exactly how the district would have wanted these issues handled."

The U.S. attorney's office in D.C. is the largest in the country and uniquely prosecutes both federal and local cases. The office has charged 674 people in connection with the riot so far, 100 of whom have pleaded guilty. The FBI is also searching for hundreds of other suspects its agents are still trying to identify.

But the D.C. office has also drawn criticism from judges who think prosecutors are going too easy on some of the rioters.

District Court Judge Tanya Chutkan last week rejected a prosecutor's recommendation of probation for a woman who entered the Capitol, issuing a two-week jail sentence instead. In another case, she sentenced two rioters to 45 days in prison, more than the 30 days sought by prosecutors.

"There has to be consequences for participating, even in a small way," she said.

Attorney General Merrick Garland has told Justice Department officials that he is concerned that jailing rioters who were not "hardcore extremists" could "further radicalize them," according to the Wall Street Journal, and defended prosecutors during a speech last week.

"I am quite aware that there are people who are criticizing us for not prosecuting sufficiently and others who are complaining that we are prosecuting too harshly," he said. "This is, you know, part of the territory for any prosecutor in any case."

The U.S. attorney in D.C. will also be tasked with responding to any criminal contempt referrals from the House committee investigation the events of Jan. 6. On Tuesday, the panel is expected to unanimously move forward with proceedings to hold former Trump White House strategist Steve Bannon in contempt for defying its subpoena. If the full House votes to refer Bannon to the U.S. attorney's office, the office must bring the matter to a grand jury but will make its own determination on whether to prosecute.

Contempt of Congress cases can take years and rarely lead to convictions. If Bannon is convicted, he could face up to a year in prison and up to a $100,000 fine.

Rep. Adam Schiff, D-Calif., a member of the committee, told CNN that he hopes potential charges against Bannon will pressure other witnesses to cooperate.

"If the Justice Department prosecutes Steve Bannon, other witnesses will see they will face real consequences, including jail time and potentially stiff fines. That is a way of getting people's attention," he said. "Bannon's an important witness in his own right, but it's also important to send a message that the rule of law is back and people are going to need to pay attention."