“Is there no justice?”: Trump complains GOP ally was indicted for “telling some lies” to the FBI

Rep. Jeff Fortenberry says he is the “victim” of illegal campaign donations from billionaire who funded Republicans 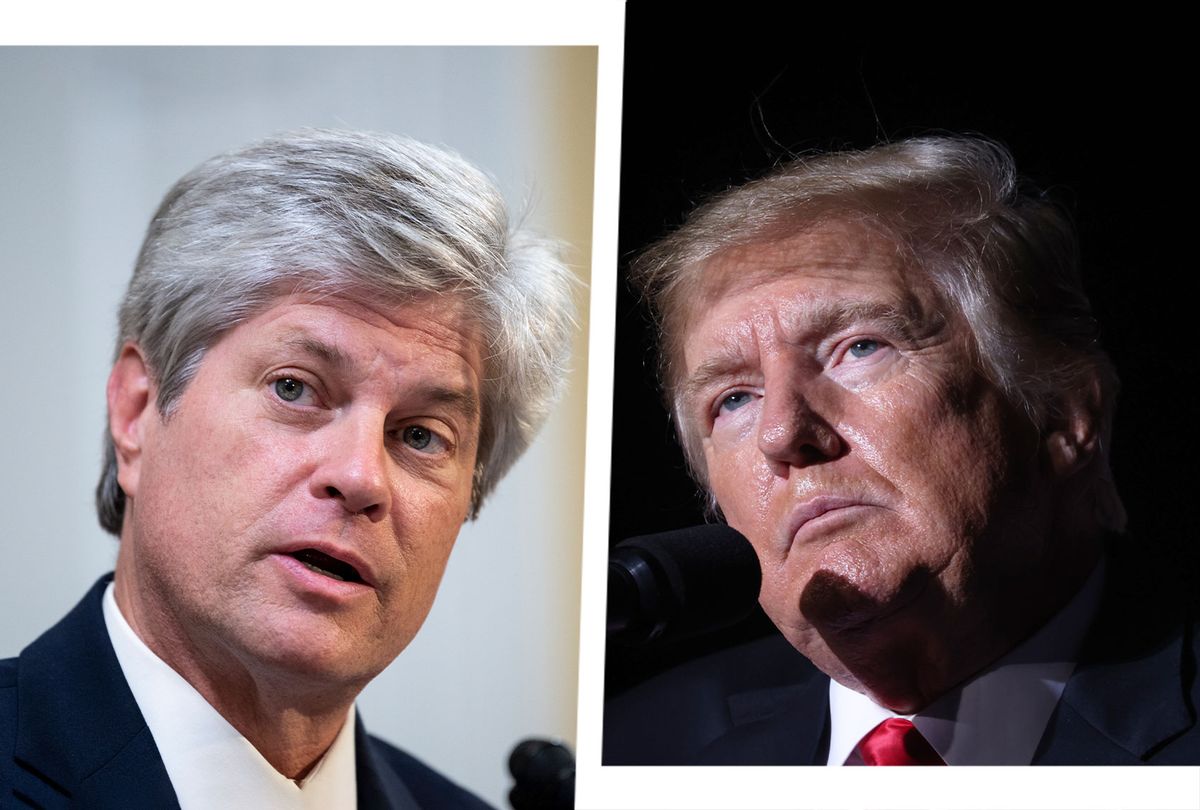 The Justice Department on Tuesday charged Rep. Jeff Fortenberry, R-Neb., with lying to the FBI in a campaign finance investigation.

Fortenberry was charged with two counts of making false statements and one count of falsifying and concealing material facts. Federal prosecutors have accused him of twice lying to the FBI about whether he was aware that he had received tens of thousands in campaign contributions from a foreign billionaire. Under House Republican rules, he will have to step down from his position as the top Republican on the House appropriations agriculture subcommittee, according to the Washington Post.

The indictment came hours after Fortenberry posted a video online predicting he would be indicted. Fortenberry said that FBI agents came to his home two years earlier to question him about illegal foreign donations.

"I let them in my house. I answered their questions. Later we went back and answered further questions. I told them what I knew and what I understood. They have accused me of lying to them and are charging me with this," he said in a video filmed in a pickup truck with his wife and his dog.

Former President Donald Trump jumped to his Republican ally's defense after the indictment.

"Isn't it terrible that a Republican Congressman from Nebraska just got indicted for possibly telling some lies to investigators about campaign contributions, when half of the United States Congress lied about made up scams," he said in a statement, complaining that his political foes were not charged for "lying" about his ties to Russia. "Is there no justice in our Country?" he questioned.

Fortenberry's indictment stems from an FBI investigation into Lebanese-Nigerian billionaire Gilbert Chagoury, who admitted earlier this year that he donated $180,000 to four candidates between 2012 and 2016, using intermediaries such as Washington lobbyist Toufic Joseph Baaklini to conceal his contributions. It is illegal for foreign citizens to contribute to American campaigns.

Prosecutors said that Chagoury had selected "politicians from less-populous states because the contribution would be more noticeable to the politician and thereby would promote increased donor access."

Fortenberry, who has served in Congress since 2005, said he was unaware at the time that he was one of the candidates.

"Five and a half years ago, a person from overseas illegally moved money to my campaign," he said in the video. "I didn't know anything about this."

Prosecutors say Fortenberry lied when he was questioned about the donations. The DOJ says one of the congressman's fundraisers informed him in 2018 that he funneled $30,000 donated by Baaklini to a campaign event and that the cash "probably did come from Gilbert Chagoury." The indictment says the unnamed fundraiser, who is identified only as Individual H, was cooperating with investigators when he discussed the donation with Fortenberry.

Chagoury admitted to the donations in 2019 and charges against him were dropped after he agreed to cooperate with investigators and pay a $1.8 million fine. Baaklini also admitted to funneling Chagoury's money and agreed to pay a $90,000 fine.

Despite learning of the potentially illegal donation, prosecutors say Fortenberry failed to file an amended report to the Federal Election Commission and did not return the money until he was questioned by investigators in 2019.

Fortenberry told agents at the time that all donors to the event were disclosed to the FEC and that he did not know of any foreign contributions, according to the court filing. When he was questioned again at his lawyer's office, prosecutors say Fortenberry "falsely stated that he had not been told by Individual H during the 2018 call that Baaklini had given Individual H $30,000 cash" for his campaign and that "he was not aware of any illicit donation." The DOJ said the fundraiser "repeatedly and explicitly" discussed an illegal foreign contribution with the congressman in 2018.

Fortenberry in Tuesday's video vowed to "fight these charges." The Republican weeks earlier used his legal troubles to raise money for a legal defense fund, according to Axios. "Biden's FBI is using its unlimited power to prosecute me on a bogus charge," the fundraising page said before it was taken down. Axios also reported that Fortenberry's campaign paid a white-collar criminal defense firm $25,000 in June.

Fortenberry and his wife said in a written statement that that "at every step the agents and prosecutors assured and reassured" them that he was not the target of the investigation but "was in fact a victim of that crime."

"We're shocked. We're stunned. I feel so personally betrayed. I thought we were trying to help," Fortenberry said in the video. "To be accused of this is extremely painful and we are suffering greatly."

It's unclear which other candidates received illegal donations from Chagoury. Politico has reported that donations linked to the billionaire match those to Mitt Romney's 2012 presidential campaign, along with congressional campaigns of Rep. Darrell Issa, R-Calif., and former Rep. Lee Terry, R-Neb.