How to whip egg whites for lovely, luscious peaks 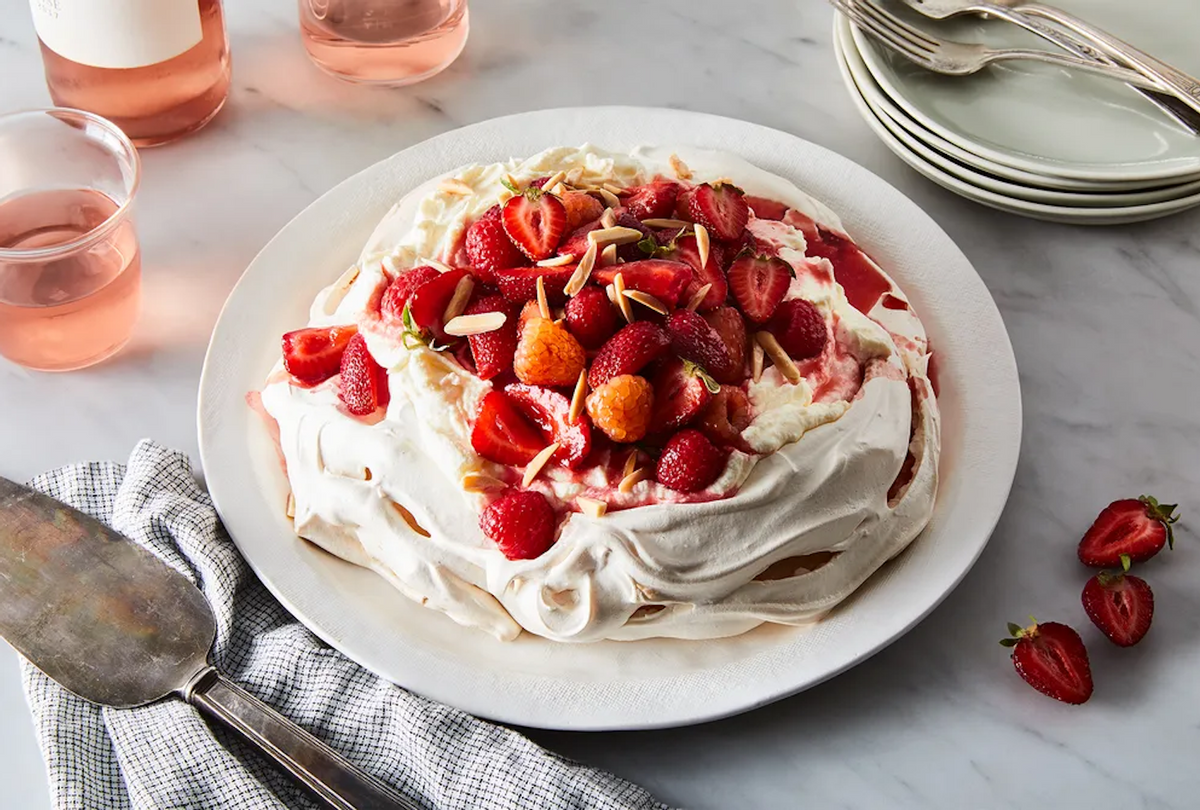 Whipped egg whites are the secret to cloudlike meringues, beautiful baked goods, and sweet and savory soufflés. Soft peaks keep things light and airy, while stiff peaks bring body to meringue or frosting. But it's easy to overwhip egg whites, resulting in a too-stiff, curd-like mess that no one wants. So what's the trick to whipped eggs that are just right for your recipe? Ahead, we break down how much to whip the eggs based on the stiffness of the desired peaks . . . and a few tricks to ensure that they hold their shape.

For soft peaks, start with a hand or standing mixer fitted with the whisk attachment. Separate room temperature eggs and add just the egg whites. Start whisking the whites at a low speed. Slooowlystart to increase the speed of the mixer; once the egg whites begin to grow in size, look foamy, and turn from a pale yellow hue to translucent white, increase the speed even more. Continue to beat the egg whites on medium-high speed until they have doubled in size. Turn off the mixer and check the stiffness of the peaks. In total, this should take about 4 to 5 minutes.

For soft peaks, the beaten egg whites should have some body but not hold their shape. If you scoop up the whites with the whisk attachment, they should quickly curl and fall into themselves. If the mixture collapses entirely or still seems a little bit soupy, continue to beat them for another 30 seconds. Once the peaks start to form, they can go from soft to stiff like that, so it's important to keep an eye on them.

To make firm peaks, follow all of the aforementioned steps but continue beating the egg whites for another 2 minutes, until peaks form. It can be difficult to tell the difference between firm peaks and stiff peaks, so let me briefly explain: Firm peaks will have much more body than soft peaks, but the tip should still curl like a hook. There, that's it!

Stiff peaks are, well, the stiffest or most structured of the whipped egg white stages. It only takes an additional 2 minutes to turn firm peaks to stiff peaks. Instead of curling, like we saw with firm peaks, stiff peaks should stand straight up on a whisk attachment.

The worst has happened. You've overbeaten the egg whites. They're lumpy, not luscious, and seem totally unpipeable. But all hope is not lost! Add one additional room temperature egg white to the mound of overwhipped whites and carefully incorporate it by hand using the same whisk attachment. This doesn't always work (temperature and climate can impact whipped egg whites, as does simply the degree to which they were overwhipped). But if it does work, you're back to perfectly stiff peaks.

Recipes that use whipped egg whites

With well-whipped egg whites, you can conquer the world — or at least this recipe for Swiss meringue, an elegant alternative to regular buttercream or whipped cream. Egg whites, cream of tartar, granulated sugar, and vanilla extract are whisked together until soft. (Or firm! Or stiff! You decide.)

Classic French macarons start with meringue. For these chic cookies, whip egg whites until foamy and then slowly stream in granulated sugar. Continue to beat for 5 to 7 minutes until stiff peaks form, then fold in the dry ingredients.

"There's nothing more sad than a fallen meringue," writes recipe developer Yossy Arefi. She's right, but now that you're armed with all of the tips you need to properly whip egg whites, you'll be able to perfect this zesty pie.

Make these mini meringue mushrooms dusted with cocoa powder and rimmed with melted chocolate for a festive accompaniment to a Bûche de Noël (Yule Log).

Believe it or not, the meringue part of a pavlova can easily be made a day or two in advance, says recipe developer Sarah Jampel. Before you know it, it will be piled high with fresh berries, nuts, and an airy whipped cream filling.