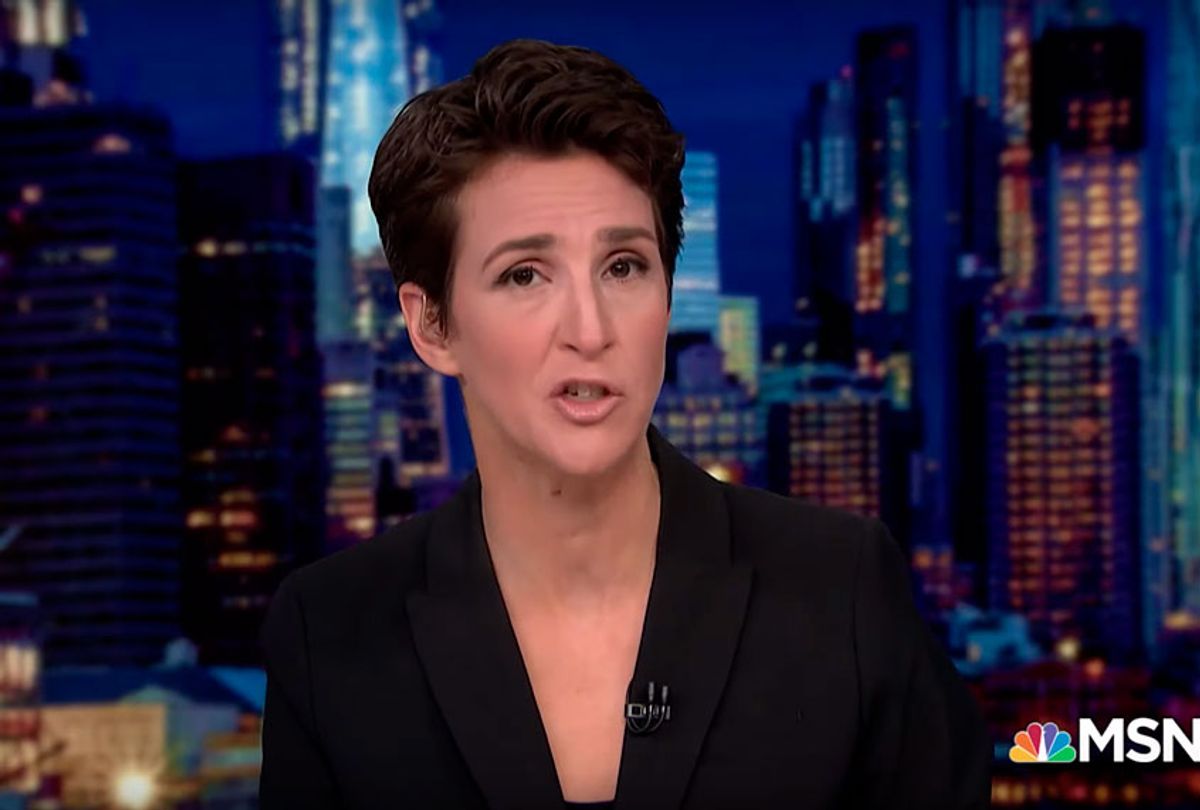 In January 2019, she began, the Senate voted on measures to enforce sanctions against a Russian oligarch, Oleg Deripaska, who is known to be an influential and powerful ally to the Kremlin. In 2018, the Department of the Treasury established sanctions against Deripaska along with other Russian oligarchs for taking part "in a range of malign activity around the globe." Bloomberg later reported that Deripaska was evading those sanctions.

Democrats moved to enforce the sanctions against Deripaska but were defeated by the McConnell-led Republican majority. The sanctions had majority support in both the House and the Senate, but the measures needed 60 votes in the Senate. Republicans followed former President Trump's warmer attitudes toward Russia and successfully blocked the sanctions in a 57-42 vote. Maddow said this is "how Senator McConnell got the nickname 'Moscow Mitch.'"

At the same time as McConnell blocked the sanctions, there were negotiations between a Deripaska-owned company, Rusal, and an American entrepreneur with plans to build an aluminum factory in Kentucky, Mitch McConnell's home state.

"Deripaska's company had dangled to Mitch McConnell that they might build a big new factory in Mitch McConnell's home state." Maddow continued. "And then McConnell took those otherwise unthinkable steps to protect Deripaska and ease the sanctions on him."

McConnell told reporters that his vote and efforts to lift the sanctions were "completely unrelated to anything that might happen in my home state," Politico reported. Politico also found that ex-McConnell staffers were also lobbying on the development of the same aluminium factory in Kentucky.

Maddow's reminder comes as the FBI recently raided homes linked to Deripaska, both in New York and in D.C. The FBI told "The New York Times" that agents were "conducting a law enforcement operation pursuant to a law enforcement investigation." According to the Times, people familiar with the matter say the raids are related to the sanctions that Deripaska evaded.