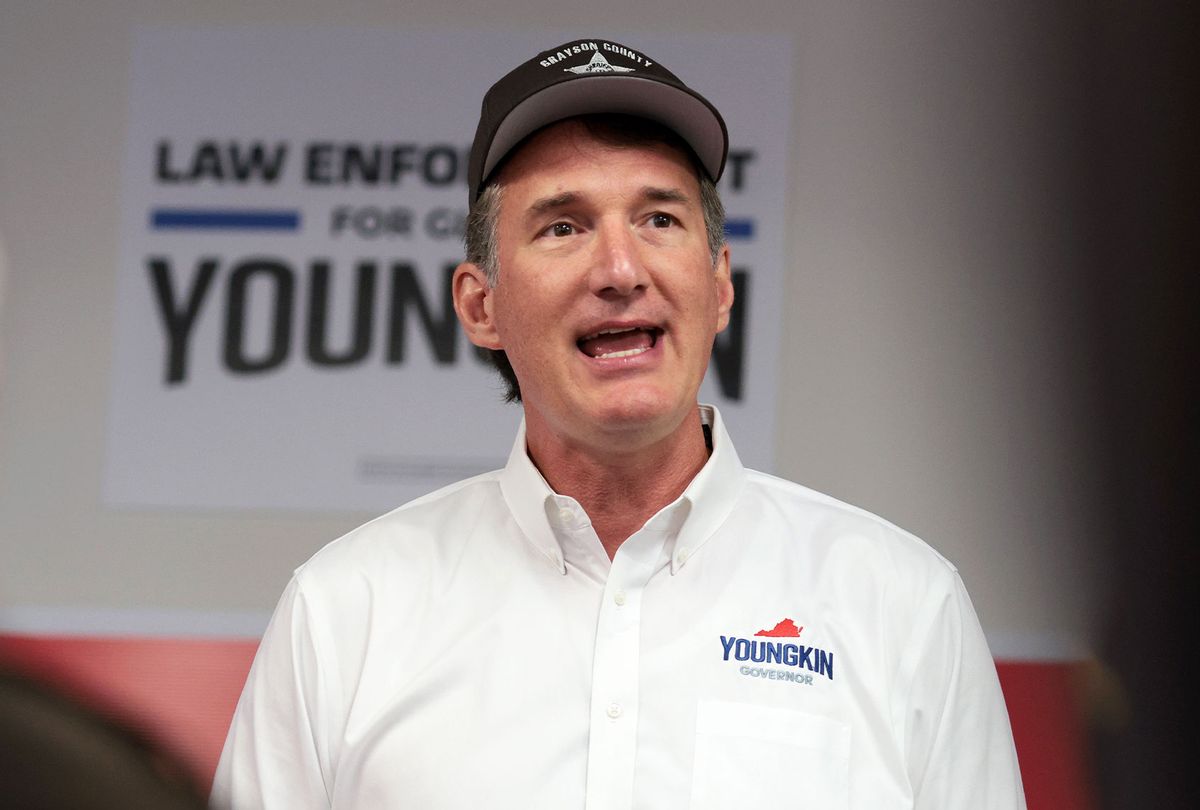 A billionaire Trump donor who funded a group that marched on the Capitol ahead of the Jan. 6 Capitol riot is bankrolling a dark-money group boosting Virginia Republican gubernatorial candidate Glenn Youngkin's attacks on Democratic opponent Terry McAuliffe.

The Republican-aligned Restoration PAC this week launched new ads attacking McAuliffe, who served a previous term as governor, over crime rates. (Virginia's unusual term limits restrict governors to one term, but does not bar them from running again after leaving office.) The PAC has spent $1.767 million funding ads against McAuliffe, making it by far the largest independent expenditure group in the race.

The group is funded almost entirely by Republican mega-donor Richard Uihlein, co-founder of the Wisconsin shipping supply giant Uline. Uihlein contributed $24.5 million to the group in the 2020 election cycle, making up 97% of its funding, according to data from the Center for Responsive Politics. He put another $1.5 million into the group in May, according to FEC filings.

Uihlein and his wife Liz are among the biggest Republican donors in the country, having given more than $65 million to former President Donald Trump, Republican candidates and conservative groups since 2019. The Uihleins have also contributed $4.3 million over the past five years to the Tea Party Patriots, including $800,000 in October 2020, making them by far the group's biggest donors. The Tea Party Patriots participated in the "March to Save America" rally that preceded the Capitol riot and were one of 11 groups listed as part of the "#StopTheSteal coalition," according to WBEZ. The group also contributed to Rep. Mo Brooks, R-Ala., who was accused by "Stop the Steal" organizer Ali Alexander of helping plan the rally, which Brooks has denied. Tea Party Patriots also contributed to Sens. Ted Cruz, R-Texas, and Josh Hawley, R-Mo., who led objections to the certification of Electoral College results in the Senate.

Restoration PAC last month also gave $942,000 to Women Speak Out Virginia — 2021, a PAC affiliated with the anti-choice Susan B. Anthony List that launched a $1.4 million campaign to attack McAuliffe on abortion.

Uihlein's foundation also contributed $275,000 to Trump booster Charlie Kirk's Turning Point Action between 2014 and 2016. The group was listed as a participant in the Capitol protest and Kirk took credit for "sending 80+ buses full of patriots to DC to fight for this president" in a since-deleted tweet.

Turning Point Action also previously received $50,000 from the Judicial Crisis Network, a conservative dark-money group that helped Trump fill federal courts with conservative judges and is pushing to restrict voting. The group also funds the Republican Attorneys General Association (RAGA), giving it $2.1 million last October and a total of $12.7 million since 2014. RAGA's fundraising arm, the Rule of Law Defense Fund, sent out robocalls urging supporters to "march to the Capitol building and call on Congress to stop the steal" on Jan. 6.

The Judicial Crisis Network has multiple legal aliases it uses for other initiatives, including The Concord Fund and Free to Learn Action. That latter group has launched a $1 million ad campaign focused on "critical race theory" in schools, an issue Youngkin and other conservatives have seized on. The group is spending $1 million attacking McAuliffe for arguing that parents should not dictate school curricula.

The Judicial Crisis Network is also closely aligned and shares staff with the Judicial Education Project and its Honest Elections Project, a conservative initiative pushing voting restrictions. The Judicial Education Network is almost entirely funded by the Donors Trust, a dark-money group backed by the Koch network. Donors Trust in 2019 gave more than $20 million to at least a dozen groups who would later question the results of the election. Last year, the Honest Elections Project announced a six-figure ad campaign stoking fears of a "brazen attempt to manipulate the election system for partisan advantage" before the election even happened.

Youngkin has tried to walk a fine line on Trump's election lies as he tries to solidify his Republican base without alienating independent and suburban voters in the increasingly blue state. He refused to acknowledge President Biden's election victory while seeking the Republican nomination, doing so only after he had already triumphed over Republican rivals. And while Youngkin has said he would have voted to certify the election results, he is nonetheless calling for an "audit" of voting machines in Virginia (something the state already does) and boosting election conspiracy theorists.

Youngkin, the former CEO of the private equity firm the Carlyle Group, is also the primary funder of Virginia Wins, contributing $1 million to back Republican candidates in down-ballot races. The PAC has funneled tens of thousands to candidates who attended the Stop the Steal rally, organized transportation for others to attend the event, defended Capitol rioters or pushed election conspiracy theories, Mother Jones reported on Thursday.

Youngkin did not respond to a request for comment.

"It's no surprise that some of the most powerful, pro-insurrection dark money forces are rushing to Glenn Youngkin's side in this campaign," Manuel Bonder, a spokesman for the Virginia Democratic Party, said in a statement to Salon. "They are supporting Youngkin because he's all in on their agenda — and they have full confidence that if elected, Glenn will do exactly what Donald Trump says. He belongs nowhere near the governorship."