The celebrated yet controversial frontman of the Doors was widely known by his cryptic moniker, The Lizard King 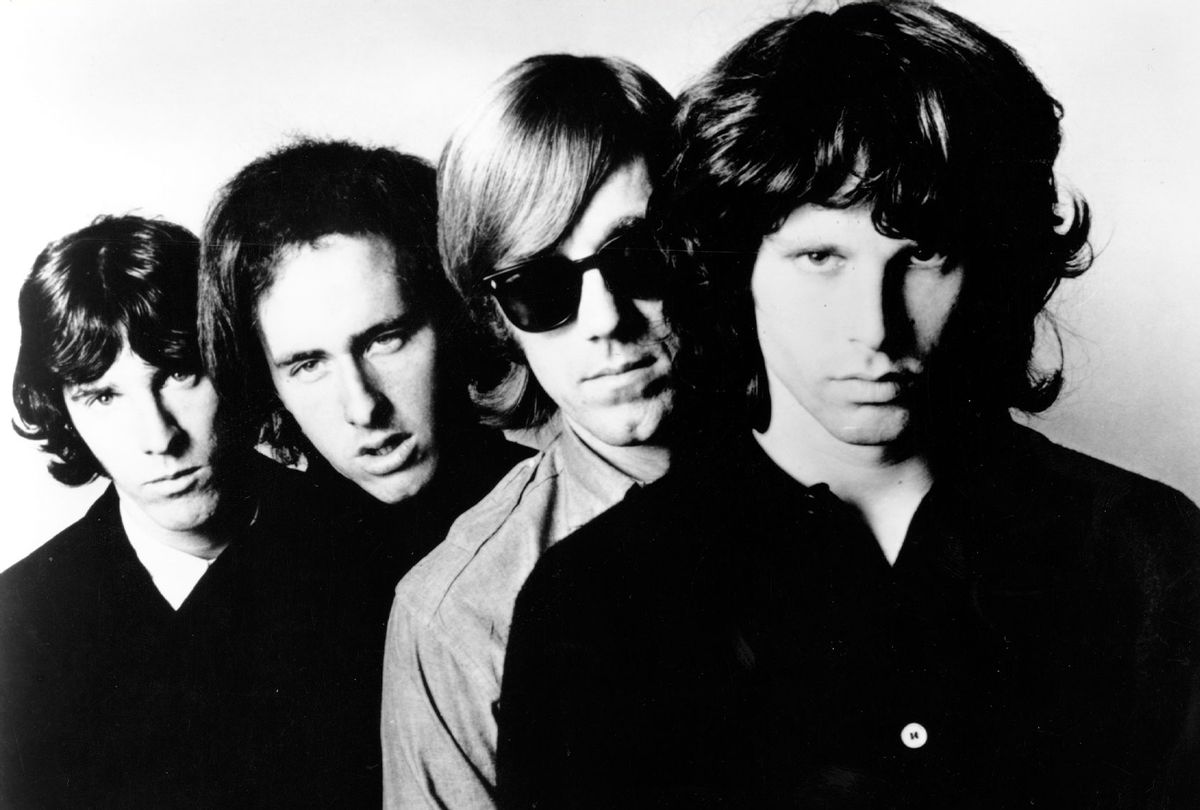 Jim Morrison was the self-styled Lizard King: A leather-pants-loving rock deity who fronted The Doors and represented the dark and druggy flipside of the utopian '60s dream. Thanks largely to Morrison's brooding voice and mystical poetry, The Doors' music freaked out squares and thrilled millions of teenagers looking to break on through to the other side of consciousness. Morrison lived fast, died young, and left behind a catalog of songs that continue to inspire. Here are 11 strange facts about the music legend.

As a counterculture icon, Jim Morrison couldn't have been less like his father, George S. Morrison, a high-ranking U.S. Navy officer who flew missions during World War II and the Korean War and retired a rear admiral. In August 1964, George Morrison was in command of the Navy's fleet during the Gulf of Tonkin Incident, the controversial episode that became the justification for increased U.S. involvement in the Vietnam War.

2. Jim Morrison told people his parents were dead (they weren't)

Not surprisingly, Morrison didn't get along with his straitlaced military dad. The elder Morrison utilized the "dressing down" approach to discipline, wherein he'd berate and humiliate young Jim whenever he did something wrong. Jim broke away from his parents after enrolling at UCLA in 1964. Upon learning of his estranged son's rock career, George Morrison wrote a letter to Jim urging him to reconsider. He even called out Jim's "complete lack of talent in this direction." Jim and his father only spoke one more time, via telephone.

3. Jim Morrison was haunted by something he claimed to have witnessed in 1947

Throughout his life, Morrison spoke about a traumatic incident from his childhood. As he remembered it, he was in a car with his parents and his grandfather traveling through New Mexico. At some point, they came upon the aftermath of a horrific traffic accident. "A truckload of Indianshad either hit another car or something — there were Indians scattered all over the highway, bleeding to death," Morrison said. The rocker believed the souls of "maybe one or two" of those Native Americans landed in his own soul, which was "like a sponge, ready to sit there and absorb it."

Morrison references the grisly scene on the song "Peace Frog" — off The Doors' acclaimed 1970 album Morrison Hotel — and in the spoken-word performances "Dawn's Highway" and "Ghost Song," both from the posthumously released 1977 Doors LP An American Prayer.

4. Jim Morrison got "married" in a pagan ceremony

Morrison wasn't a one-woman man. During the band's heyday, he was known as quite the womanizer. But that didn't stop him from tying the knot — sort of — with Patricia Kennealy, a music journalist he met in 1969. Kennealy practiced Celtic paganism, and in 1970, she and Morrison wed via a "handfasting ceremony" involving drops of blood. Kennealy served as a consultant on Oliver Stone's 1991 biopic "The Doors," and she made a cameo as the priestess presiding over the marriage ceremony. However, she felt Stone's film trivialized her role in the late rocker's life, and in 1992, she released the memoir "Strange Days: My Life With and Without Jim Morrison."

5. Jim Morrison didn't leave anything to his pagan bride

Morrison may not have been the world's most responsible person, but he did manage to make out a will before his death in 1971. The rocker left everything to his longtime girlfriend Pamela Courson, with whom he moved to Paris in March 1971. Courson was actually the person who discovered his body — in the bathtub of their shared apartment — on July 3, 1971. She herself died of a drug overdose in 1974, and since she did not have a will, Morrison's estate went to her parents. Morrison's parents subsequently sued, and the courts ruled to split the estate between the two families.

6. Jim Morrison was arrested twice due to onstage antics

On December 10, 1967, Morrison was arrested during a show in New Haven, Connecticut. He'd been maced by cops backstage for refusing to halt his makeout session with a woman in a shower stall, and when he took the stage, he used the opportunity to lambast the local authorities. Police rushed the stage, arrested Morrison, and charged him with public obscenity, indecency, and inciting a riot.

In January 1966, the fledgling Doors landed a residency at the Los Angeles club the London Fog. They played five 45-minute sets per night, six nights a week. All that practice proved vital for Morrison, who wasn't a natural performer. In fact, he'd often face the band instead of the crowd. "In the beginning, Jim wasn't as talkative or singing as good," guitarist Robby Krieger told Rolling Stone. "We were constantly trying to get him to turn around and engage the audience."

8. Jim Morrison was a team player when it came to songwriting credits

Morrison wasn't much of a musician. He could play a little harmonica, but his true gifts lay elsewhere. In recognition of what his instrument-wielding band mates brought to The Doors, Morrison suggested early on that the band evenly split songwriting credits. "That moment was pivotal," Doors keyboardist Ray Manzarek told Rolling Stone. "It produced 200 percent commitment from each of the four members."

On the morning of July 3, 1971, Jim Morrison was found dead in the bathtub of the Paris apartment he shared with Courson. According to Courson, Morrison was feeling sick the night before and decided to take a hot bath. Courson then went back to sleep — only to find him unresponsive in the water hours later. The official cause of death was listed as heart failure, and no autopsy was performed. Morrison's body lay wrapped in dry ice and plastic for 72 hours before he was buried in the city's famous Père Lachaise Cemetery.

Rumors and conspiracy theories have circulated ever since. One popular story is that Courson and Morrison had been using heroin, and that he overdosed on the drug. In his 2007 book "The End: Jim Morrison," Sam Bernett — a French-born journalist and club manager who was friends with Morrison — offered a slightly different explanation. He said Morrison overdosed on heroin and died in the bathroom at the Rock & Roll Circus nightclub. Bernett alleged that drug dealers then carried the rocker back to his apartment and placed his lifeless body in the tub.

Meanwhile, some people insist that Morrison was killed by the CIA — or that he faked his own death.

10. News of Jim Morrison's death was slow to reach fans

On July 5, 1971, The Doors' manager Bill Siddons flew to Paris after hearing rumors of Morrison's death. The singer was buried two days later, and on July 9, after returning to the U.S., Siddons issued a statement that Morrison had died of "natural causes."

"The initial news of his death and funeral was kept quiet because those of us who knew him intimately and loved him as a person wanted to avoid all the notoriety and circus-like atmosphere that surrounded the deaths of Janis Joplin and Jimi Hendrix," Siddons said in his statement.

Morrison died exactly two years after Rolling Stones guitarist Brian Jones was found dead in his swimming pool and roughly nine months after Janis Joplin and Jimi Hendrix had succumbed to drugs. At the time of their deaths, all four were 27 — a common age for innovative musicians to expire. Other members of the 27 Club include Kurt Cobain and Amy Winehouse.