"When union members walk off a set about safety concerns, maybe 'hiring scabs' isn’t the solution you think it is" 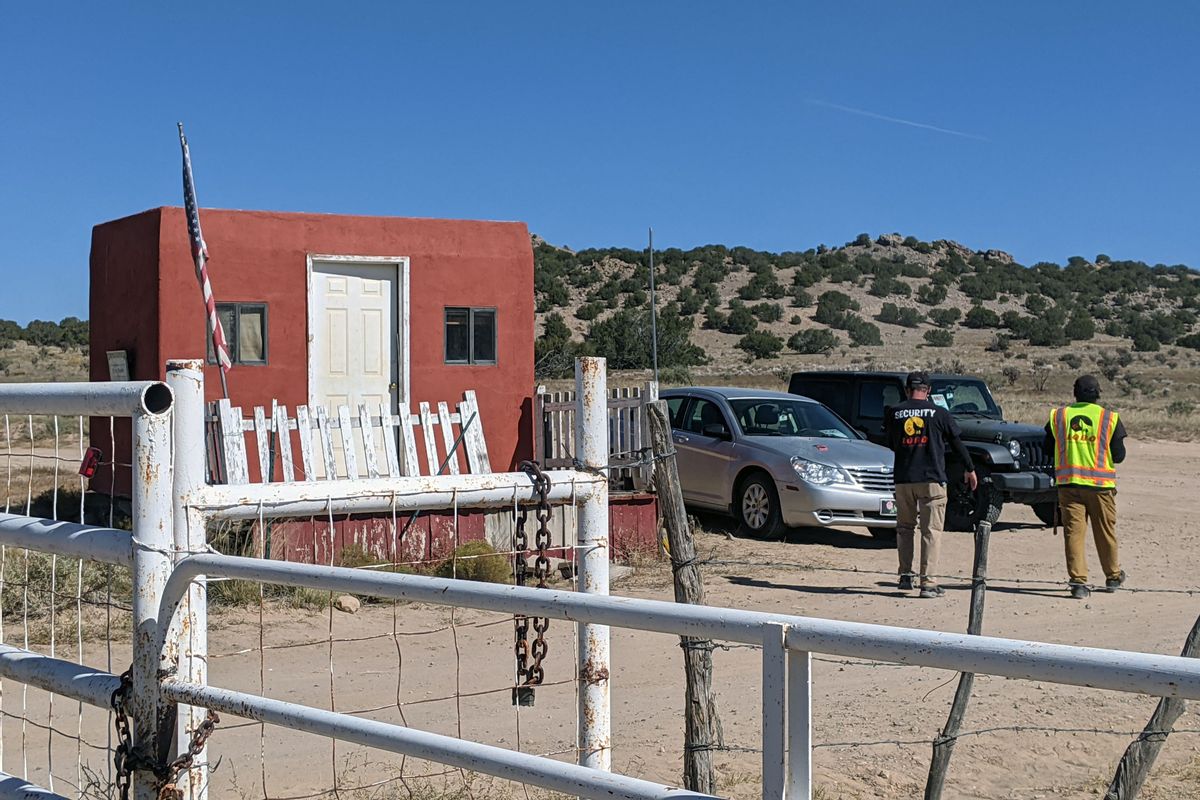 A security guard speaks to a person from the Office of the Medical Investigator at the entrance to the Bonanza Creek Ranch on October 22, 2021 in Santa Fe, New Mexico. (Getty Images)
--

The news of the fatal shooting of a cinematographer on a Hollywood film set intersected with the nationwide surge in labor movement activity Friday, as reports surfaced about unsafe working conditions and protests by union crew members on the set.

As the Los Angeles Times reported late Friday, the accidental shooting death of Halyna Hutchins on the New Mexico set of "Rust" took place six hours after several union crew members left the location and were replaced by non-union workers.

In the days preceding the shooting, crew members raised concerns about numerous safety issues on the set, including the requirement that employees drive 50 miles from Albuquerque to the filming location near Santa Fe each day after working 12- to 13-hour days, as well as several accidental discharges of prop guns.

On October 16, a stunt double for Alec Baldwin—who fired the shot that killed Hutchins Thursday afternoon—accidentally fired a gun that he had been told was not loaded, prompting one crew member to express concerns to the unit production manager in a text message.

"We've now had [three] accidental discharges," said the worker. "This is super unsafe."

Another crew member told the Times that following the accidental firing of the prop gun, producers did not conduct an investigation into how or why it had occurred or review safety protocols with the cast and crew.

The Times reported that Hutchins "had been advocating for safer conditions for her team" during the 21-day shoot.

"The backstory about the failure to listen to the union workers who had fought for the set to be safe is vital to know," tweeted Randi Weingarten, president of the American Federation of Teachers.

Liz Shuler, president of the AFL-CIO, called the incident "a tragedy and a heartbreaking example of why production companies MUST take the safety and protection of our filmmakers more seriously."

Early on Thursday morning, several members of the camera crew reportedly arrived on set and submitted their resignations due to the safety concerns. The workers are represented by the International Alliance of Theatrical Stage Employees (IATSE), which nearly staged a work stoppage including 60,000 film and TV crew workers last week over widespread concerns regarding labor conditions in the industry, before reaching a tentative three-year deal with the Alliance of Motion Picture and Television Producers (AMPTP).

RELATED: Alec Baldwin "cooperating" after fatally shooting one, injuring another with prop gun on set

According to Variety, producers called security officers to remove the union crew members who had submitted their resignations and quickly replaced the workers with non-union workers. Hutchins and a Steadicam operator were the only original members of the camera crew left on the film set when the fatal accident occurred.

On Thursday, Baldwin was reportedly told by crew members that the prop gun he was using in a scene was "cold," or not loaded with any ammunition including blanks, but when he fired the weapon a bullet hit Hutchins as well as the film's director, Joel Souza. Hutchins was rushed to a hospital, where she later died, and Souza was briefly hospitalized.

According to Variety, a 911 caller from the film set was heard telling a crew member they were supposed to check the prop guns to ensure they weren't loaded.

"When union members walk off a set about safety concerns, maybe 'hiring scabs' isn't the solution you think it is," tweeted author and actress Quinn Cummings.